Tuesday evening during the night was wet and windy, the rain poured downed constantly and the wind hammered against the windows…it felt good to be tucked up in bed, in a nice warm room!

On waking up on Tuesday morning we were being told that more poor weather was to come, and worryingly high winds which put an end to our hill walking plan.

The day turned out to be sunny believe it or not with winds but not as high as they were anticipating!

So we decided to play tourists and drove around checking out a few areas.

So running for just over 5 miles from Llanberis to Pen-y-Pass is the Llanberis Pass which provides some amazing Mountain scenery. It’s one of the most iconic rock climbing valleys in the UK.

To rub salt in to the wounds we drove out to Tryfan to have a look at what could have been….and yes she looked threatening but glorious all the same…she will keep for another time.

We decided to have a drive out to the ‘The Ugly House’ (Ty Hull) for some hot drinks and cakes. The Ugly House sits just above the River Llugwy.

Legend has it that this is a ‘ty un nos’, a ‘one night House’, referring to a Welsh custom whereby if you could build a house overnight on common land, with smoke rising from the chimneys by daybreak, it was yours to keep.

The smoke was not rising from the chimney today when we arrived but the banks of the river Llugwy were certainly rising to the extent that the bridge over to The Ugly House was closed…our ideas of coffee and cakes slowly sinking!

Nevertheless it was still worth the drive to see such an old beautiful building which is now owned by the Snowdonia Society, a charity that works to protect Snowdonia.

We then hit the village of Betws-y-Coed, passing by the Swallow Falls which is supposedly the most visited waterfall in Britain, we wondered round for a bit then found an amazing coffee shop that had a love of nature, in particular orangutans and a link to the rainforests of Borneo. Superb cakes and coffee also for the record.

This also gave us ample opportunity to do our research of Wales and see who could come up with the most interesting facts!

Did you know that the country of Wales is said to contain more castles per square mile than any other country in the world?

And the Menai Bridge in Anglesey which was designed by Thomas Telford and opened in 1826 was the first suspension bridge in the world constructed to take heavy traffic. 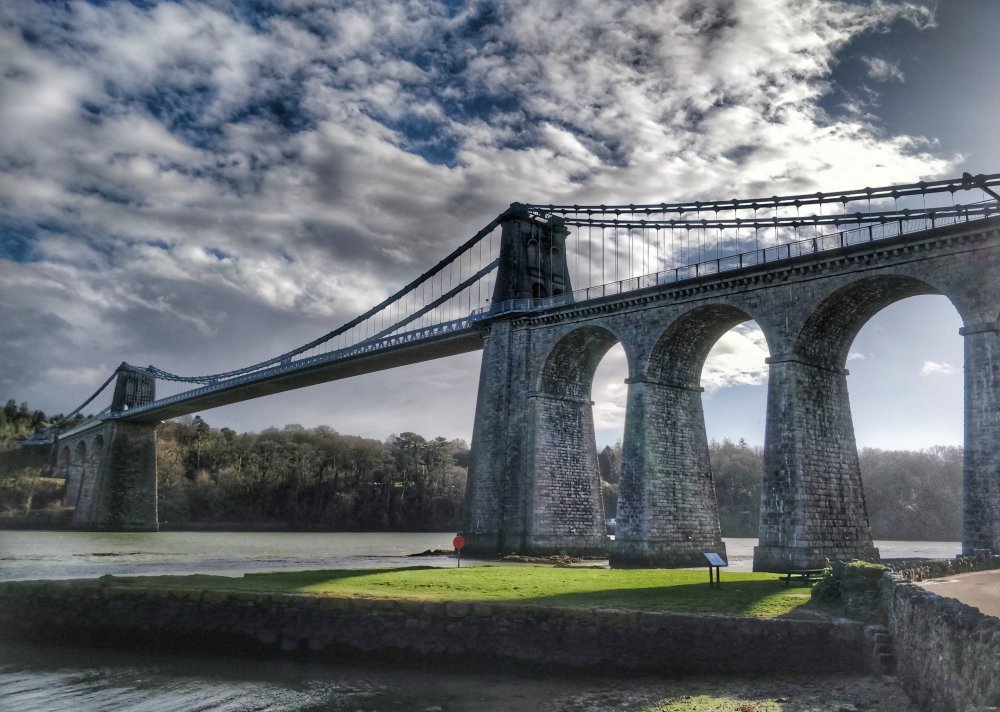 At the time it was built it was also the longest bridge in the world so we went to check it out and have a drive over it!

From here we visited Bangor, one of the smallest cities in the UK. It has a population of approximately 18,808 and 10,500 are students at Bangor University!

Then it was getting late so for our last evening meal in Wales we hit Caernarfon a royal town, community and port in Gwwynedd and found a really quiet and intimate Italian restaurant down by the water and toasted Wales.

They say good things come in small packages and this has certainly been true about Wales!