So as mentioned before we are situated in the Borrowdale Valley on a farm called Seatoller at the foot of the Honister Pass. 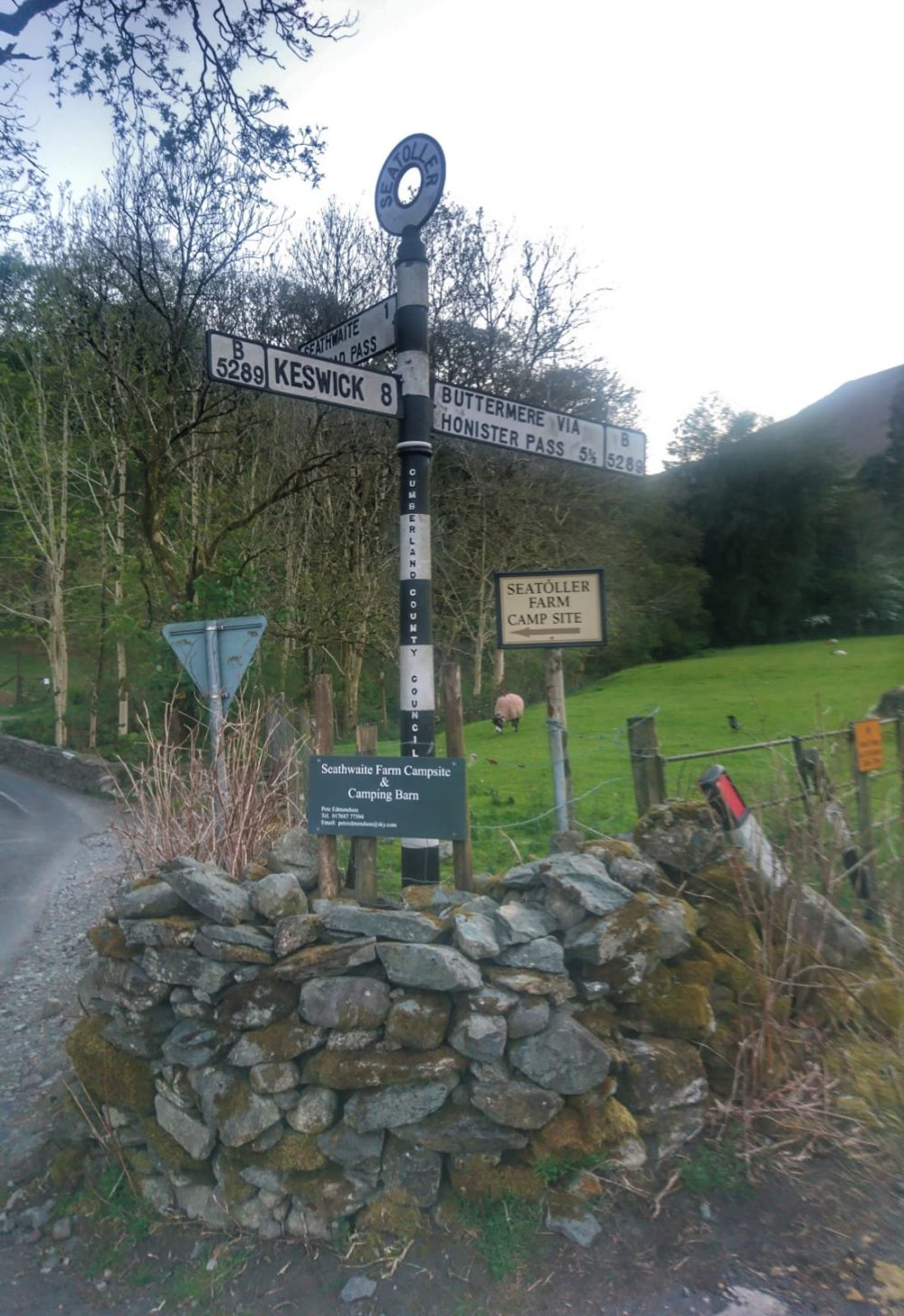 This valley runs for ten miles long from Scafell Pike the highest point down to Derwentwater the lowest point. 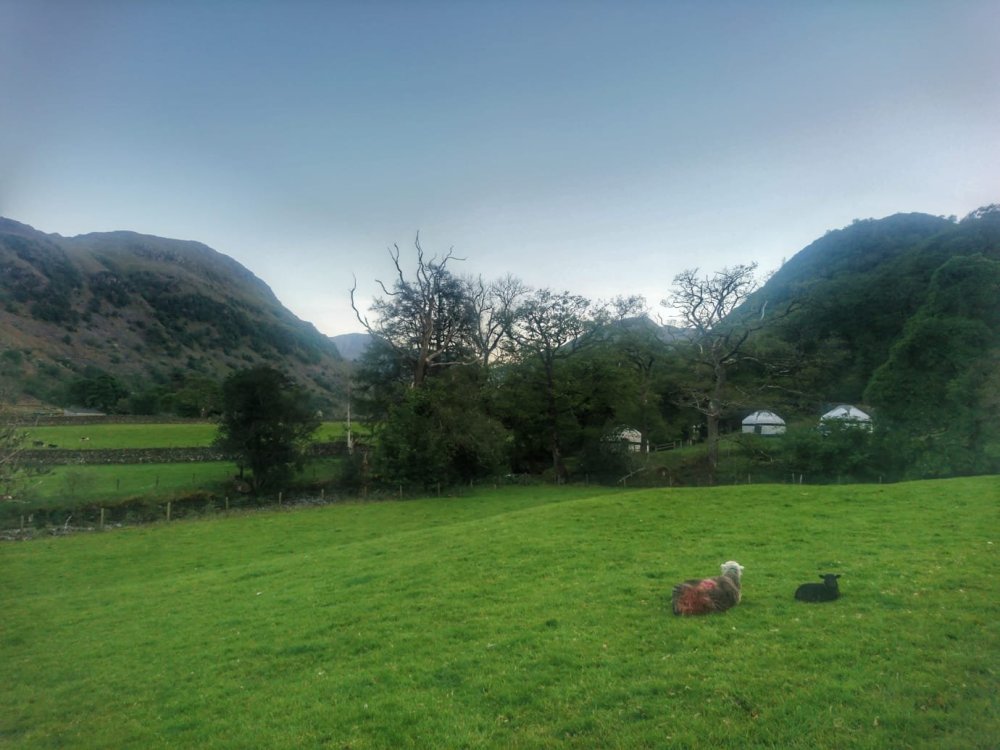 Its one of the most popular places to hike, bike or climb as there are amazing mountains, amazing cycling routes and lots of low level crags all of which are easily accessible.

This can all be reached literally within 20 minutes of leaving Keswick, the main town.

The valley narrows into the spectacular “Jaws of Borrowdale” where the road and paths are squeezed into a gorge which clearly has been formed by a glacier, it really does look like a set of teeth!

You can see rich green pastures bordered by huge dry stone walls spread across the flat valley floor making neat fields, with a mixture of woodland and lots of sheep grazing…all this set amongst the wide panorama of the mountains surrounding Borrowdale. Its truly such a gorgeous place! 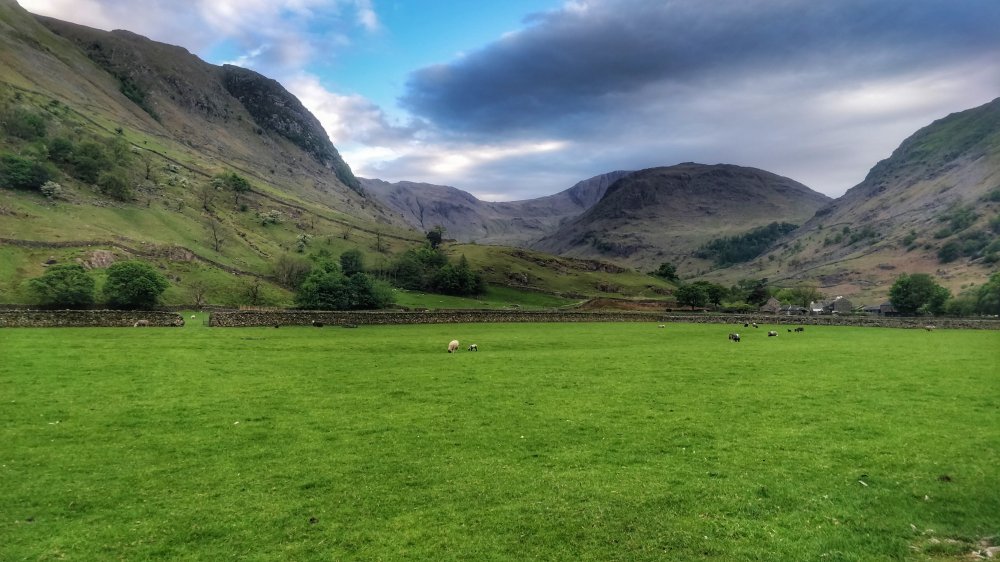 This area is also well known for its own weather system, with a very high amount of rainfall from clouds which develop and hover over the valley.

Seathwaite, which is a mile along the road from us has been found to be the wettest place in England with rainfall on average three metres or more per year! 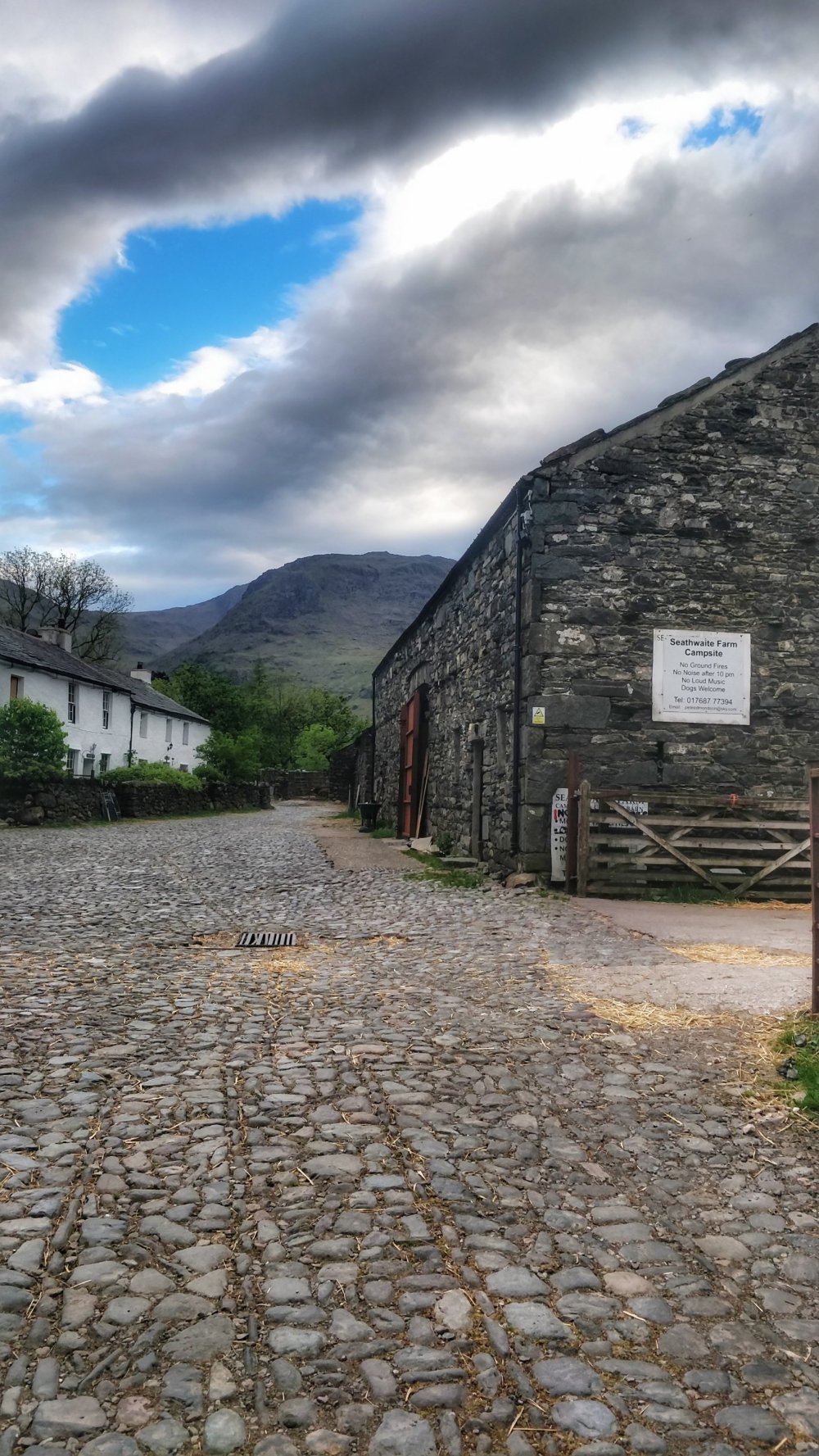 But we never let that put us off, as the views more than make up for it, and we have had some beautiful weather with not a spot of rain…so far! 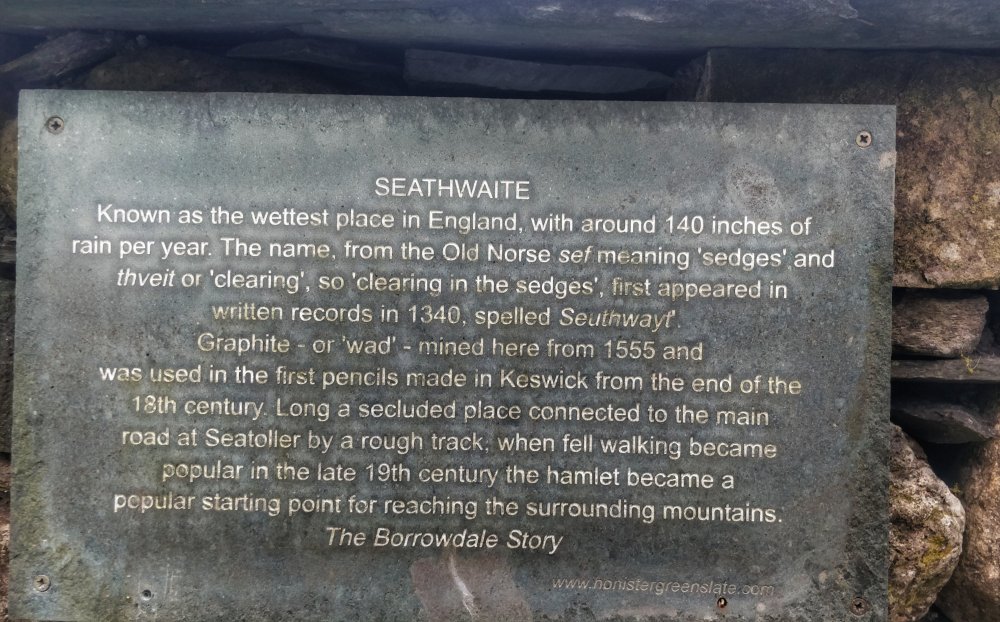 So the plan for this morning was to undertake a touristy drive as we wanted to check out the Honister Path and then in the afternoon we planned to explore the area by bike to give the legs a rest – did I just say that out loud!?

The Honister Path is a mountain pass located in the Lake District, its one of Cumbria’s highest passes. 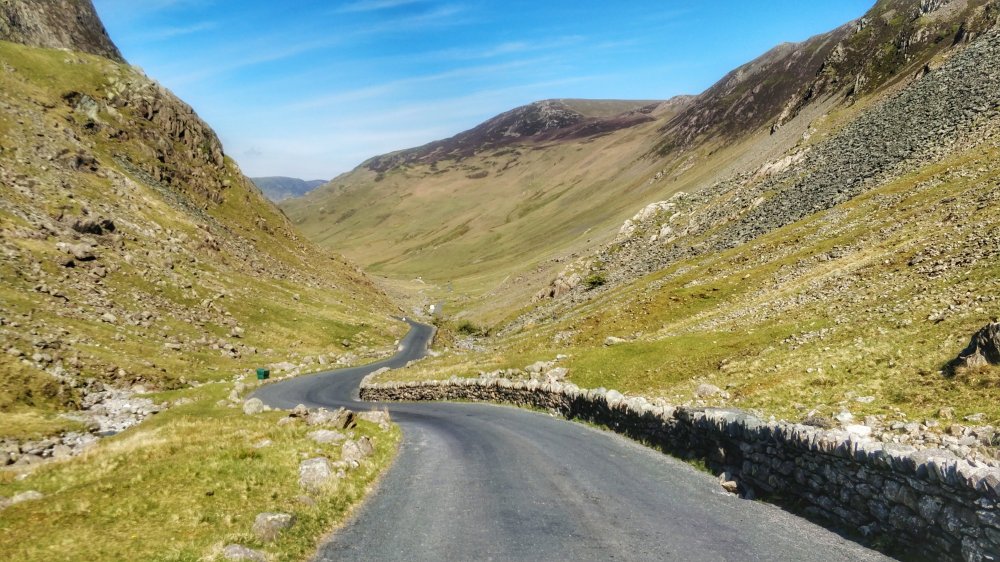 It forms part of a beautiful circular scenic drive. 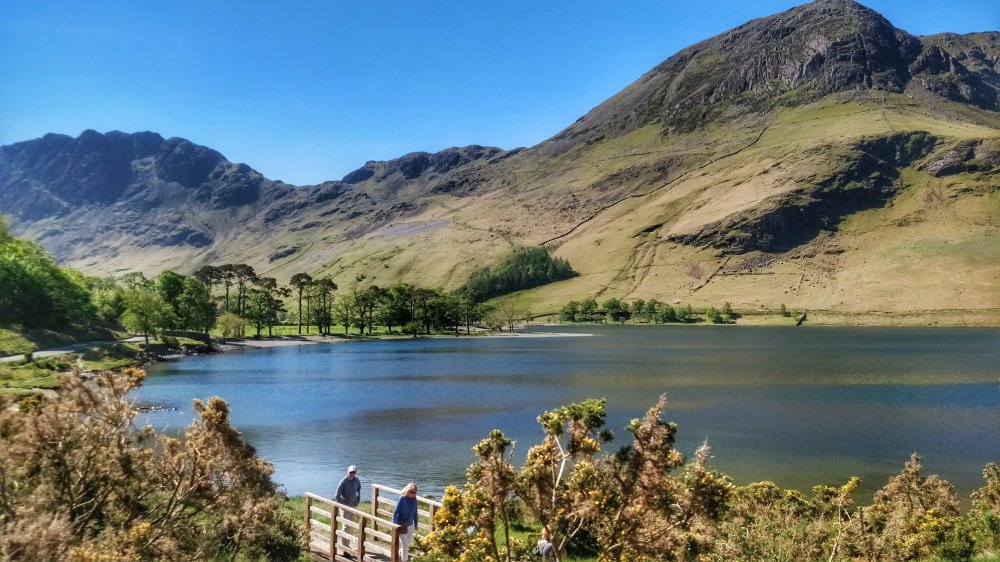 Driving it at parts was pretty scary as it was a very steep up and down with some narrow sections – scarcely wide enough for two cars, so we had to have our wits about us and on the really narrow parts make sure we could get to a place wide enough to pass other vehicles. 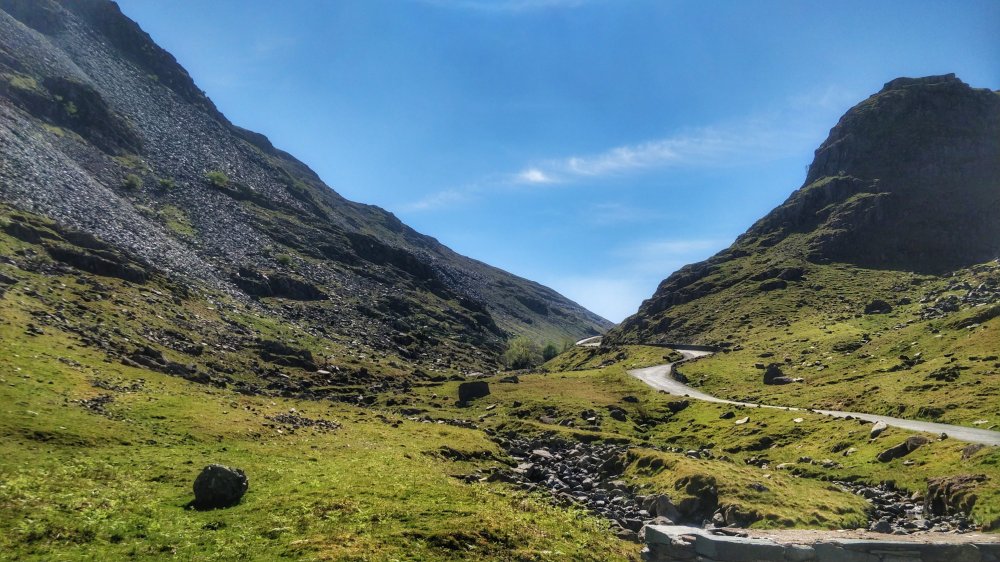 The scenery was amazing. 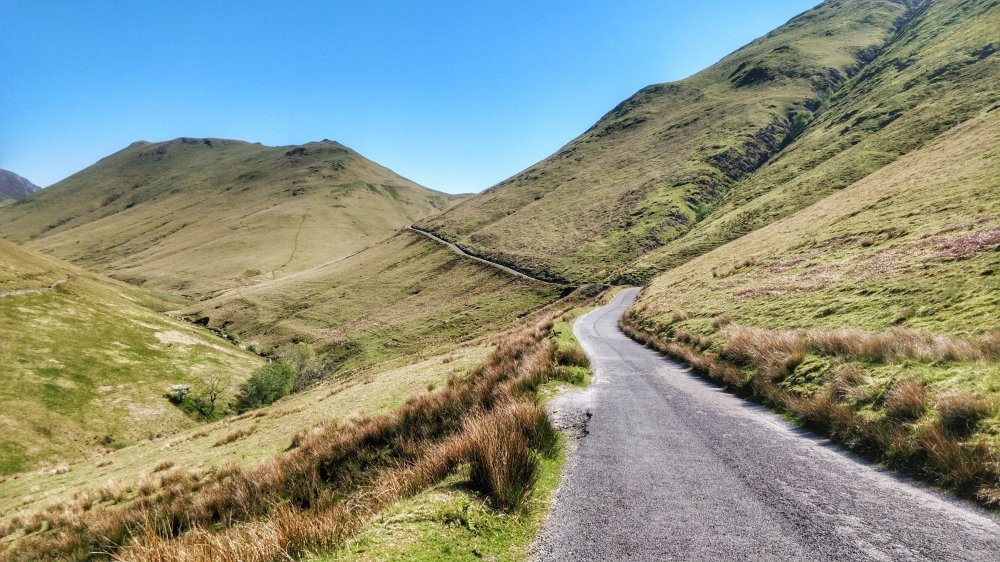 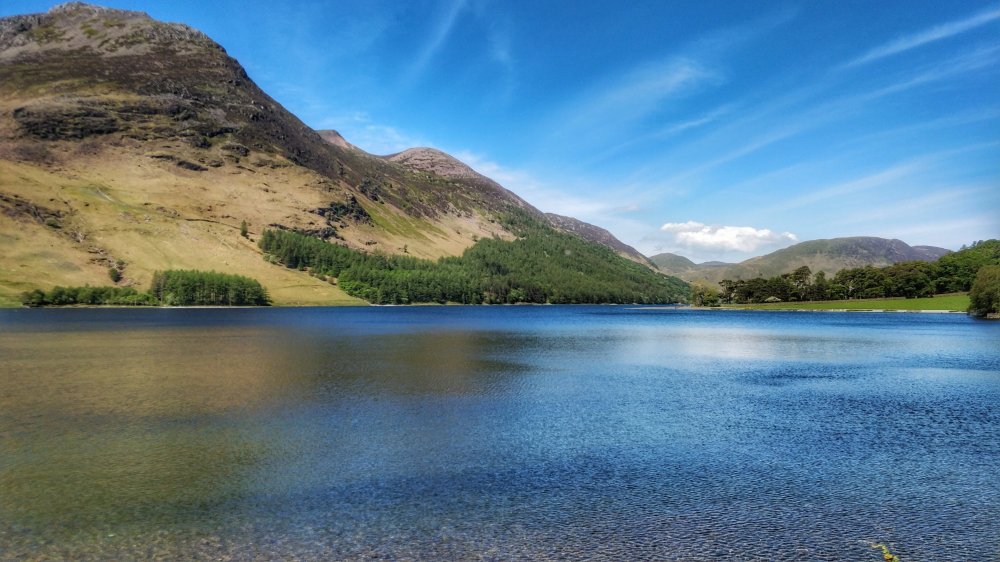 We stopped of at Keswick before heading back to the yurt to pick up some groceries and to our surprise there was a weekly market on in town which was nice to wander through.

Then it was time to get on the bikes. We decided to just cycle with no-where in particular in mind – certainly my mind was definitely in the opposite direction of the Honister Pass route which I know for a fact was in Andy’s mind!!! 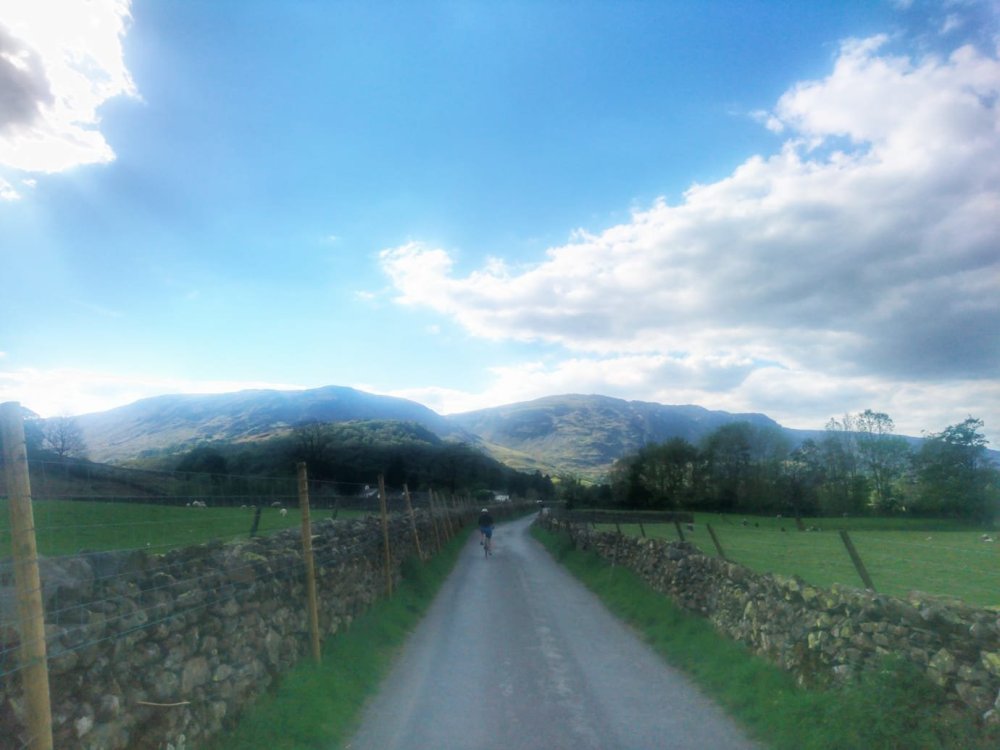 Not before long we came across an Inn so of course we had to have a pit stop and quench our thirst, it was a lovely day so it was nice to just sit in the grounds.

Then we explored some more and came across another little hamlet, with an Inn and of course stopped once more before heading back home. 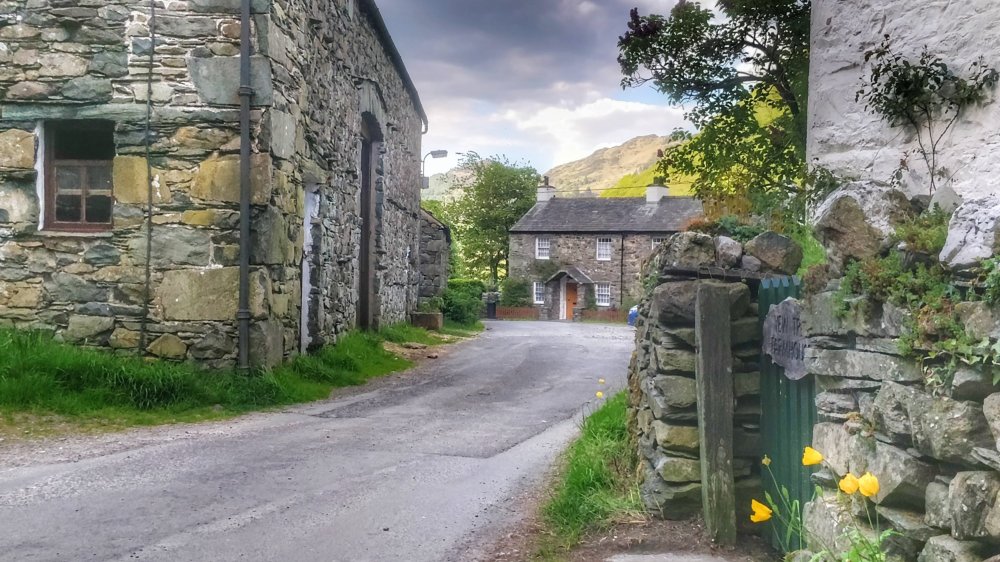 In the evening we decided to explore some more by foot and stumbled across a really old Mill purely by chance hidden away at the head of Borrowdale. 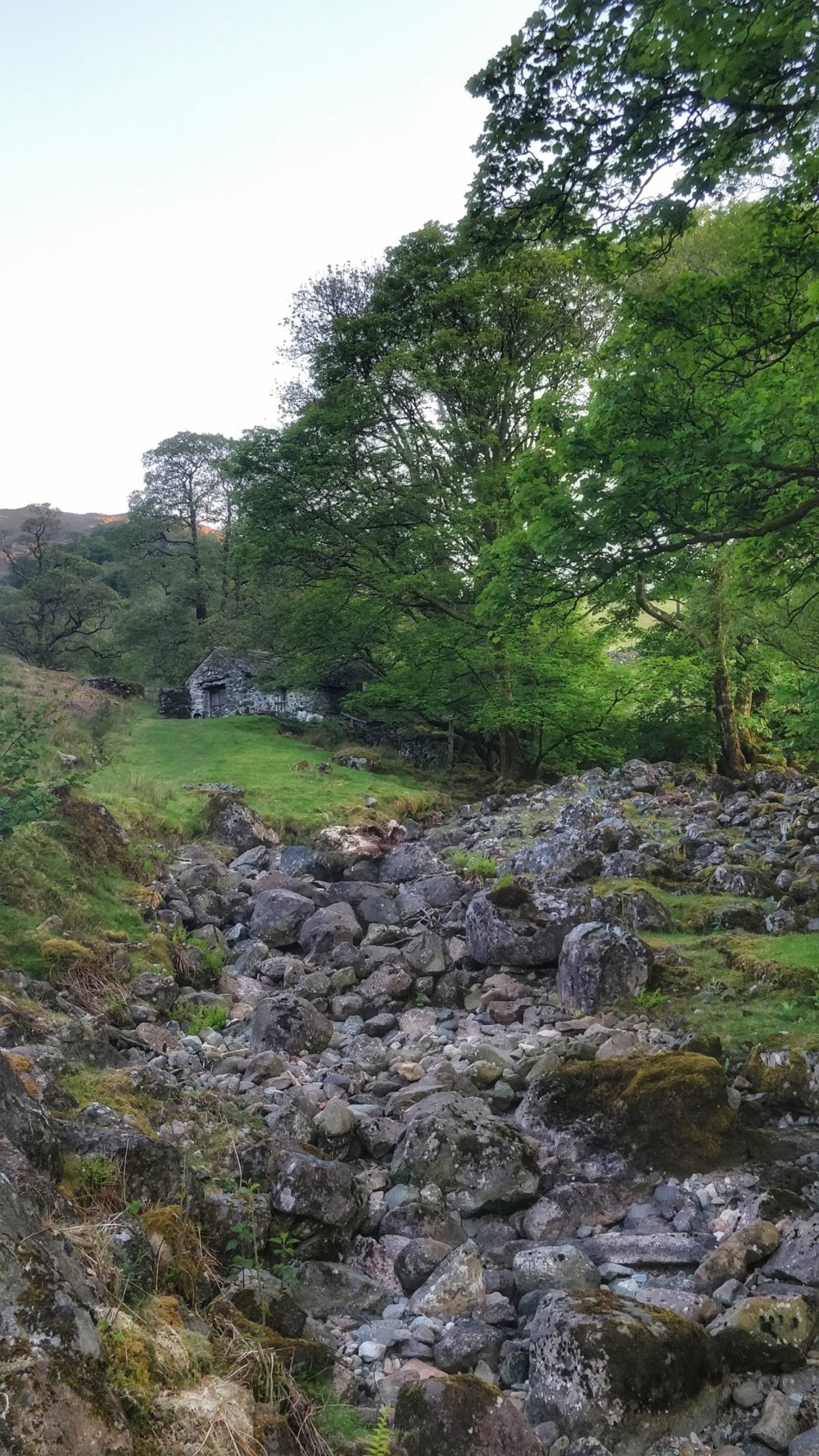 There was a plaque above the door which stated that the Mill used to grind corn in the valley and it was mentioned in a will of 1727. Imagine that!! 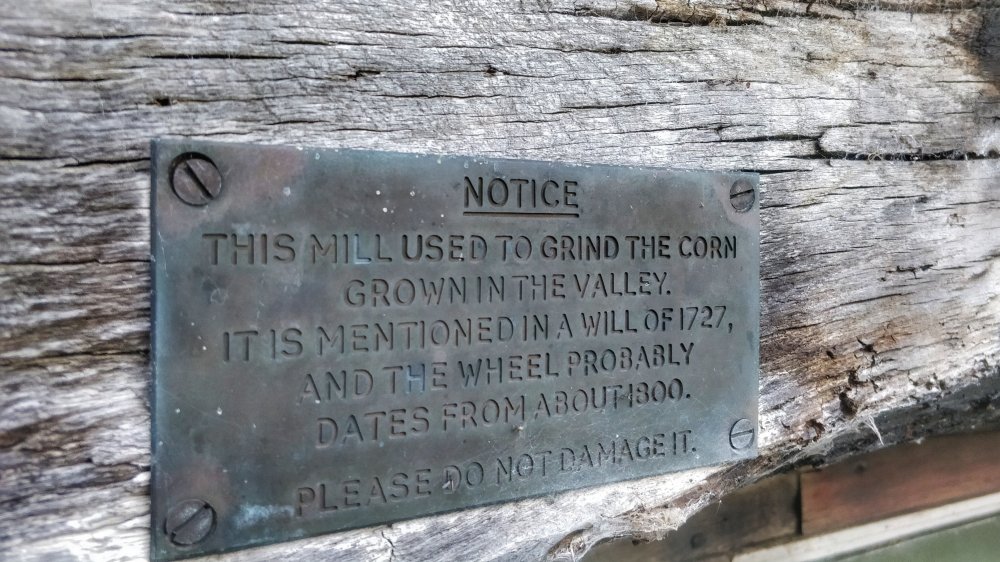 And the old wheel which was used from about 1800 was here! 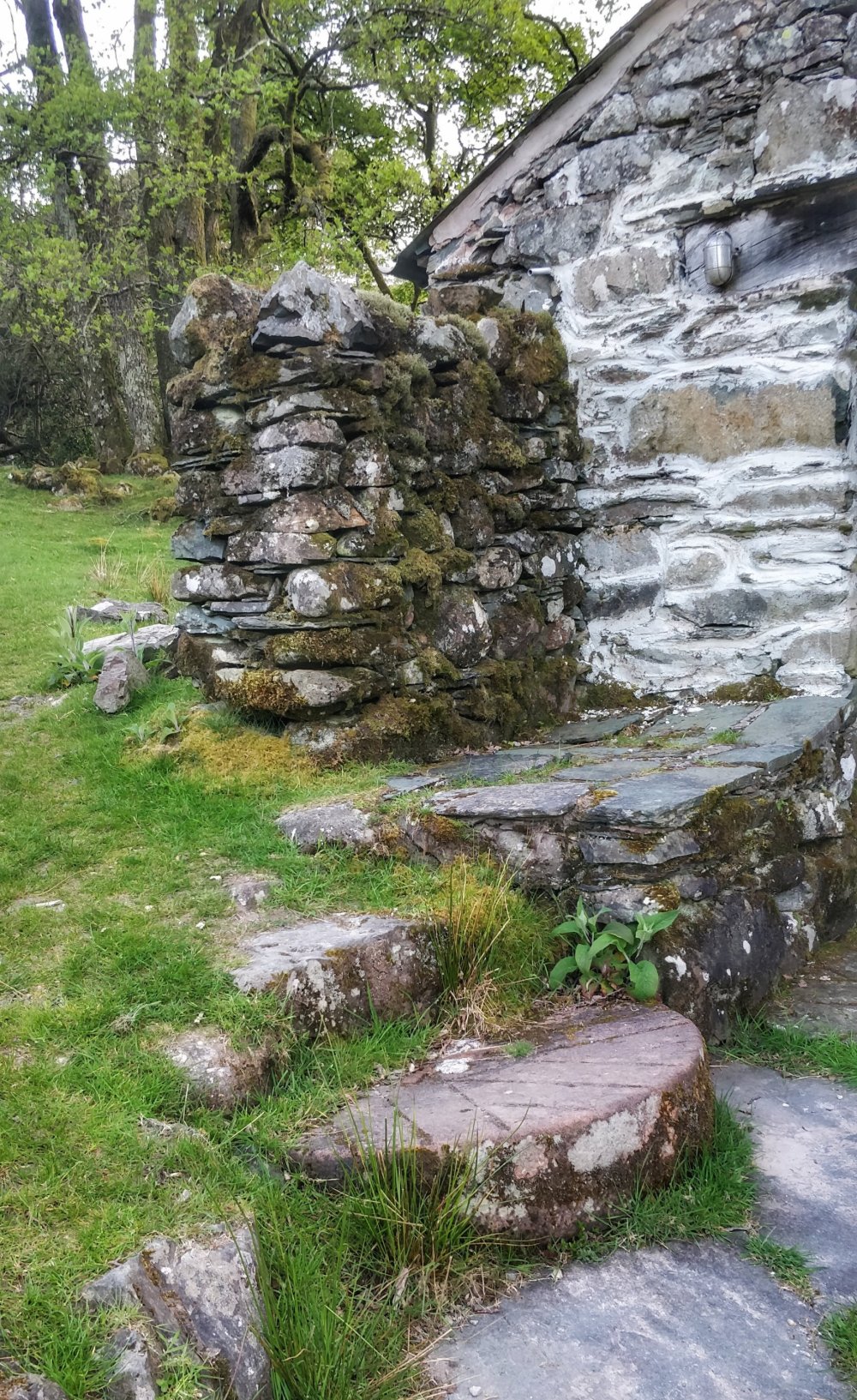 It also had an amazing water wheel to the back of it. 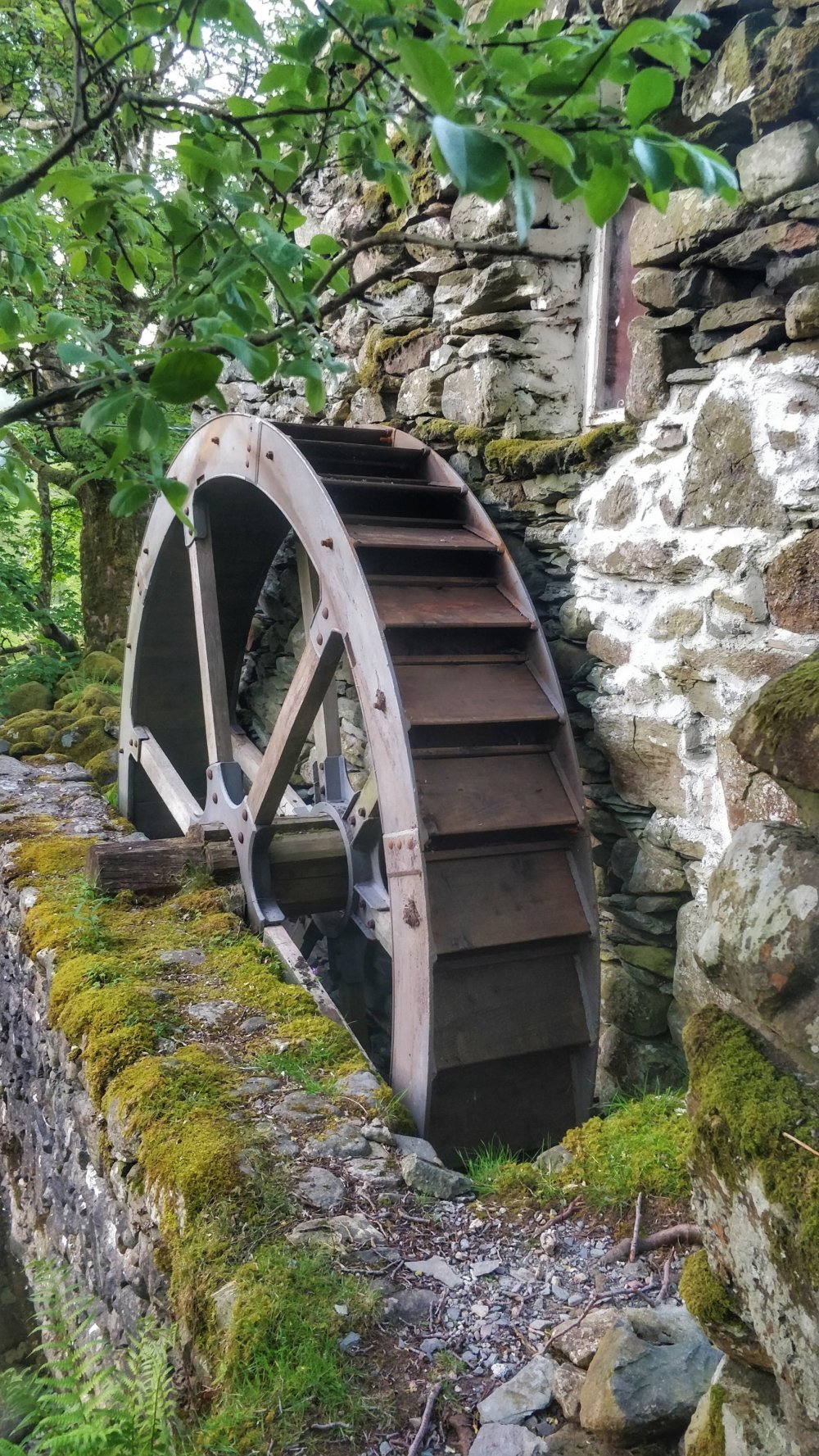 It was a very beautiful old mill which had clearly been neglected but which was now being restored. 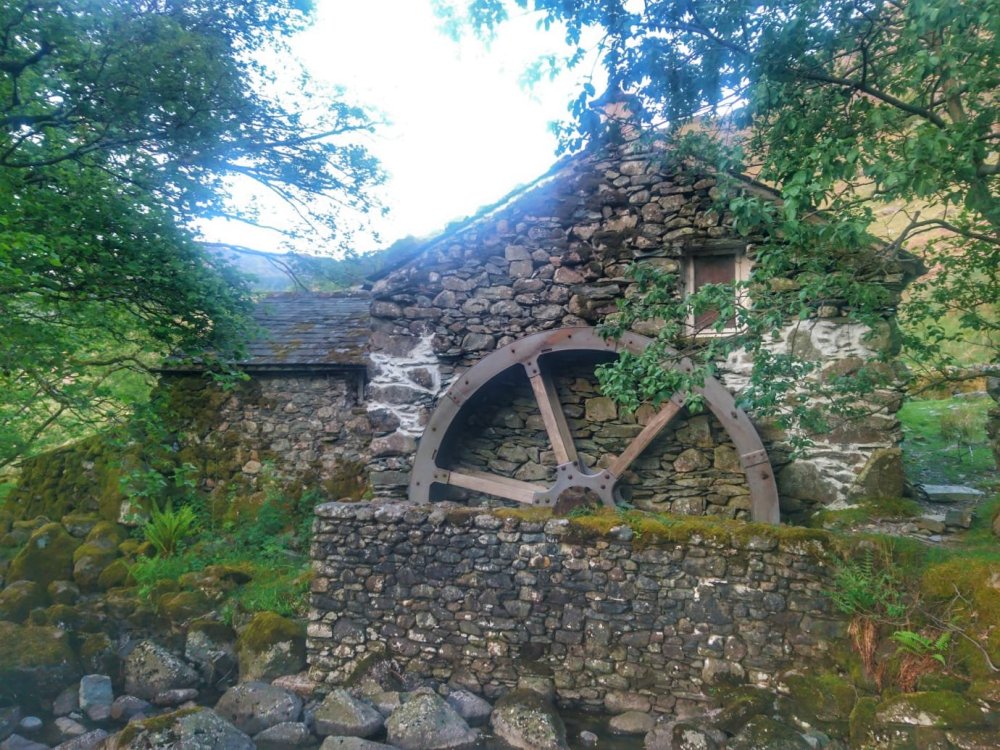 This magical little Mill must have many tales to tell. 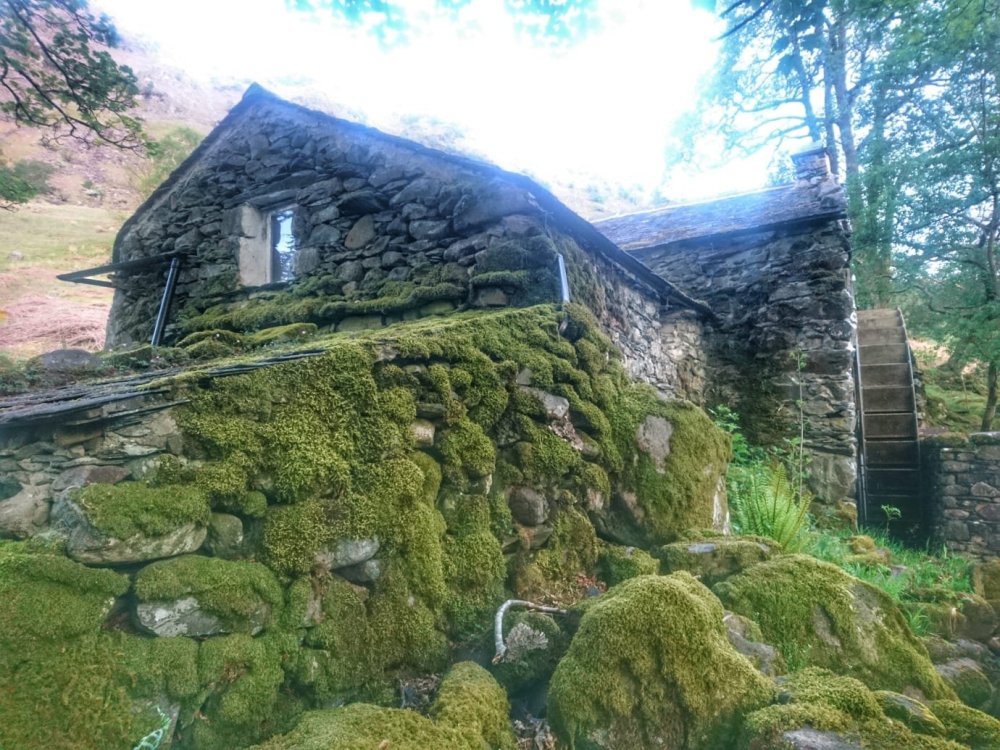