Chitwan National Park is awesome. It’s a preserved area in the Terai Lowlands of South Central Nepal in the grasslands along the border of India. It’s known for its biodiversity, dense forests and grassy planes and home to several endangered species, including the one horned Rhino, Bengal tigers, Gharial crocodiles, Asian elephants and Sloth bears.

7am and we were already starting off in our dugout canoe trip traversing the Rapti river to see some of the 450 species of birds here.

Heading up the Rapti river, similar to The Tay but with added risk of being eaten by a crocodile 😂

We got up close but not too personal with many of the crocodiles – fortunately no tricks had to be performed – thank god as the jaws on these guys were frightening! 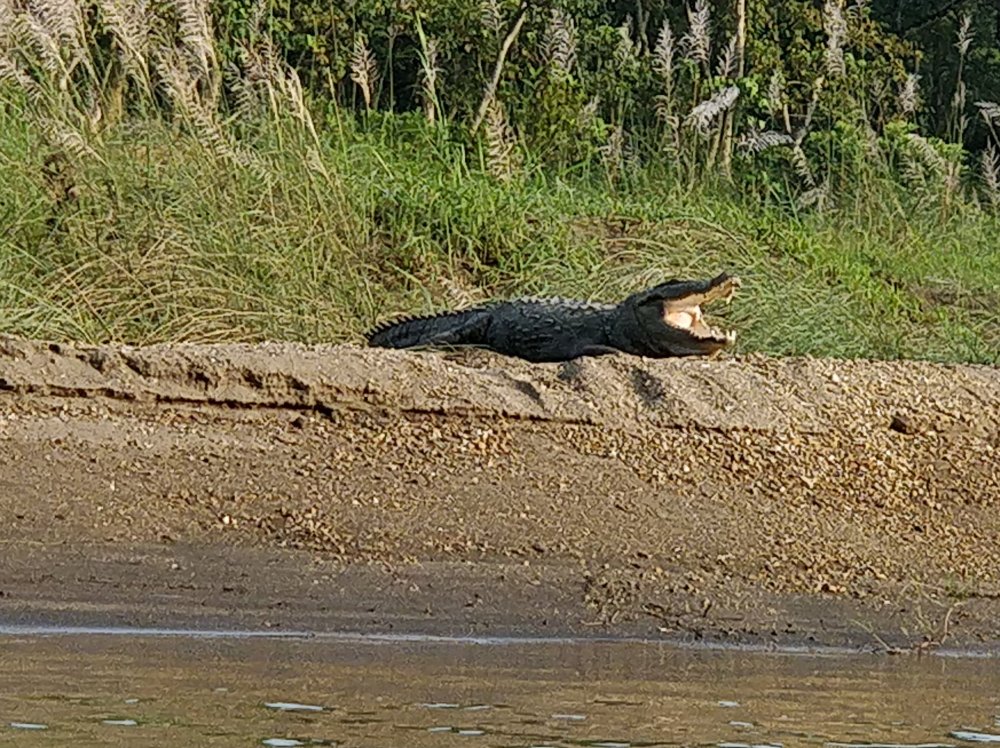 Some of the local hard guys

From the canoe, we went for a jungle walk deep within the park with our two guides Ganesh and Thula.

Chitwan is one of the few wildlife parks in the world where you can explore on foot while accompanied by a guide. We were briefed on what to do with each animal in case of an attack, so mostly stand tall, look them in the eye, make a noise, show toughness (read:aye right then…run like crazy haaaa)! It was all cool and safe though as our guides were armed with only long sticks as protection!!!

On this trip we came across rhino and elephant tracks and learned that the local stud Ronaldo was out and about! Ronaldo is one of the wild elephants around the park and named accordingly after the football player as he has supposedly ‘scored’ just as many times, (he has fathered a lot of the young elephants within the park).

Unfortunately on this occasion we didn’t see the tigers or the rhinos however got a few leeches on me which I think I was more scared off and worried about than the actual tiger itself…yikeees!

The jungle is an amazing place just even knowing you are in the habitat of these wild and wonderful animals is enough. 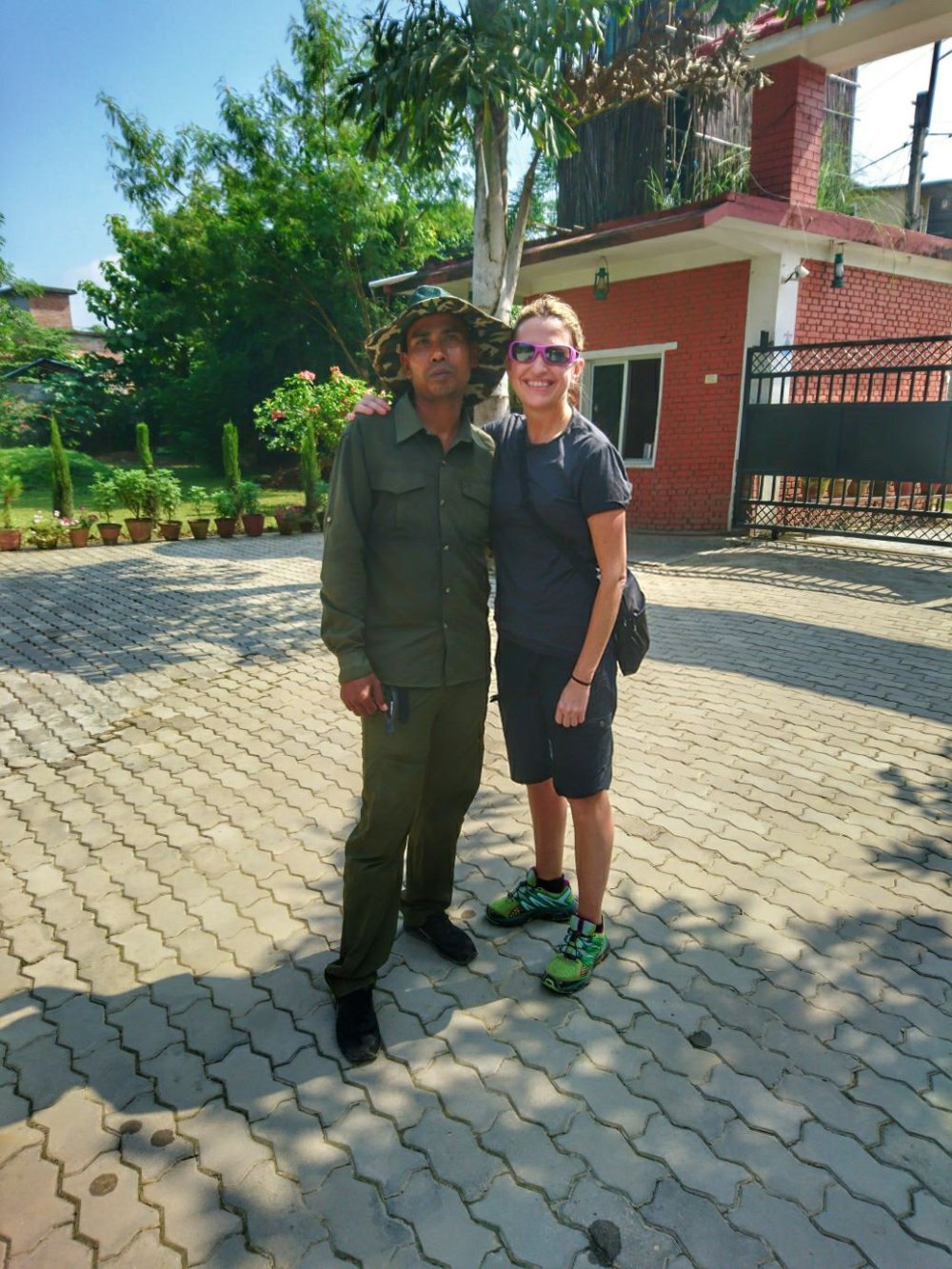 Thula one of our very lovely guides (and me)

We then visited an elephant breeding centre which I was concerned about in terms of their welfare and being captive. However we were told that the elephants are protected by the Government and are eventually released out into the wild. Saw a few 1-2 year old elephants that could melt your heart, alongside their mums. Elephants are supposedly very hard to breed, and gestation lasts for approximately 24 months, so we were lucky to see them. 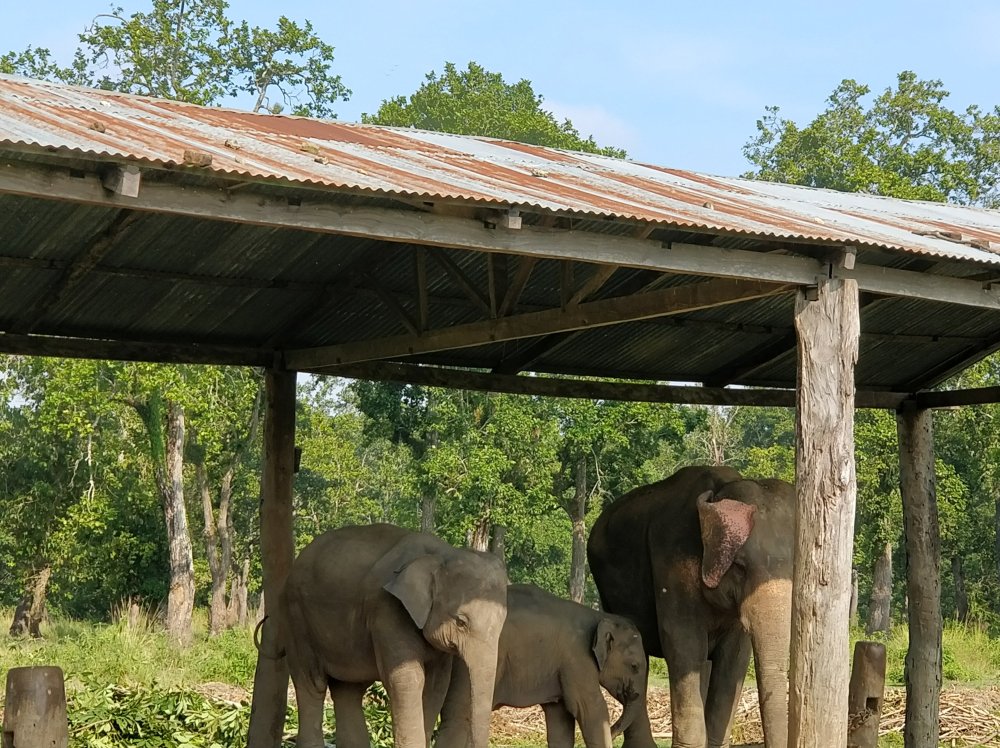 Elephants are one of my favourite animals so seeing them so close was especially meaningful.

Later on in the day we met up again for another jungle trek during this time WE GOT TO get up close and personal with the one horned rhino, elephant and monkey….result!

To be able to see the rhino in its natural habitat, wild and free was so wonderful.

Then the elephant wow, standing in their magnificent presence and looking into their eyes whilst hugging their trunks will stay with me forever, so special.

So overall Chitwan has been an amazing experience, from our hotel, to the activities, the animals but especially the people we have met. Our guides and staff at resort most of them young boys have been so welcoming, helpful and friendly and we have enjoyed spending time with them. Hearing about their lifestyle really makes you think about the bigger picture…

…and it’s all ending here tomorrow as we are heading back to Kathmandu…cannot wait for that car drive again on that road!!