So Chester for those that do not know is a picturesque City on the River Dee in Cheshire, in the North West of England. 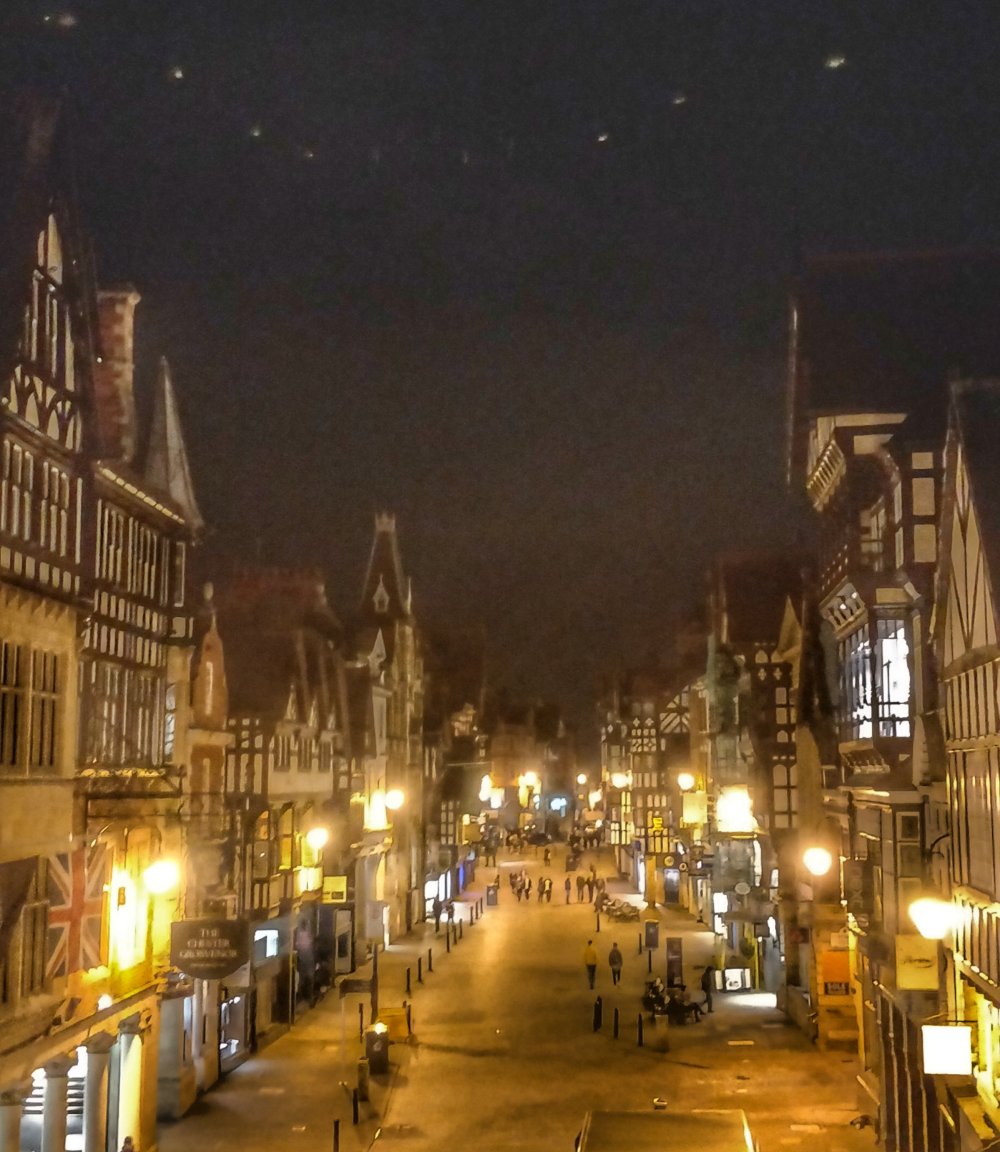 We are actually here only as a stopover on our way to Wales as it is close to the border but it’s somewhere I’ve been interested to visit and it actually offers a range of activities.

Chester’s location means we could easily have chosen the bigger, brasher neighbours of Manchester or Liverpool as our stopover but we choose here. I have read it’s a city of character, history and style of its own and packs alot into a small space…can’t wait to check it out!

So after checking into our hotel it was time to explore the city by night to get our bearings…as we do.

We undertook our first circuit of the city, checking out where we were going to revisit the next day in day light. 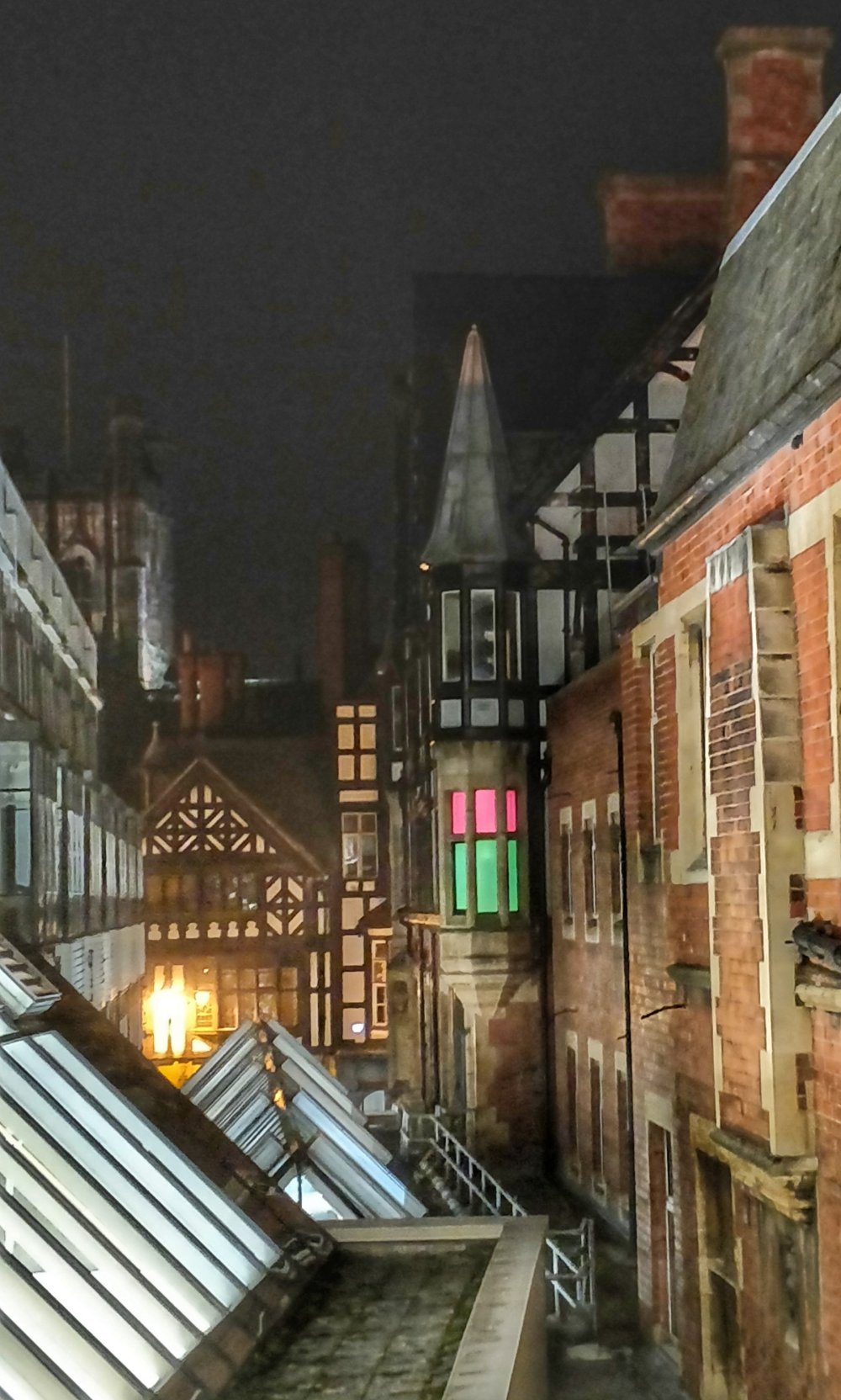 We discovered the cities walls which were built by the Roman’s back when Chester was a fortress. 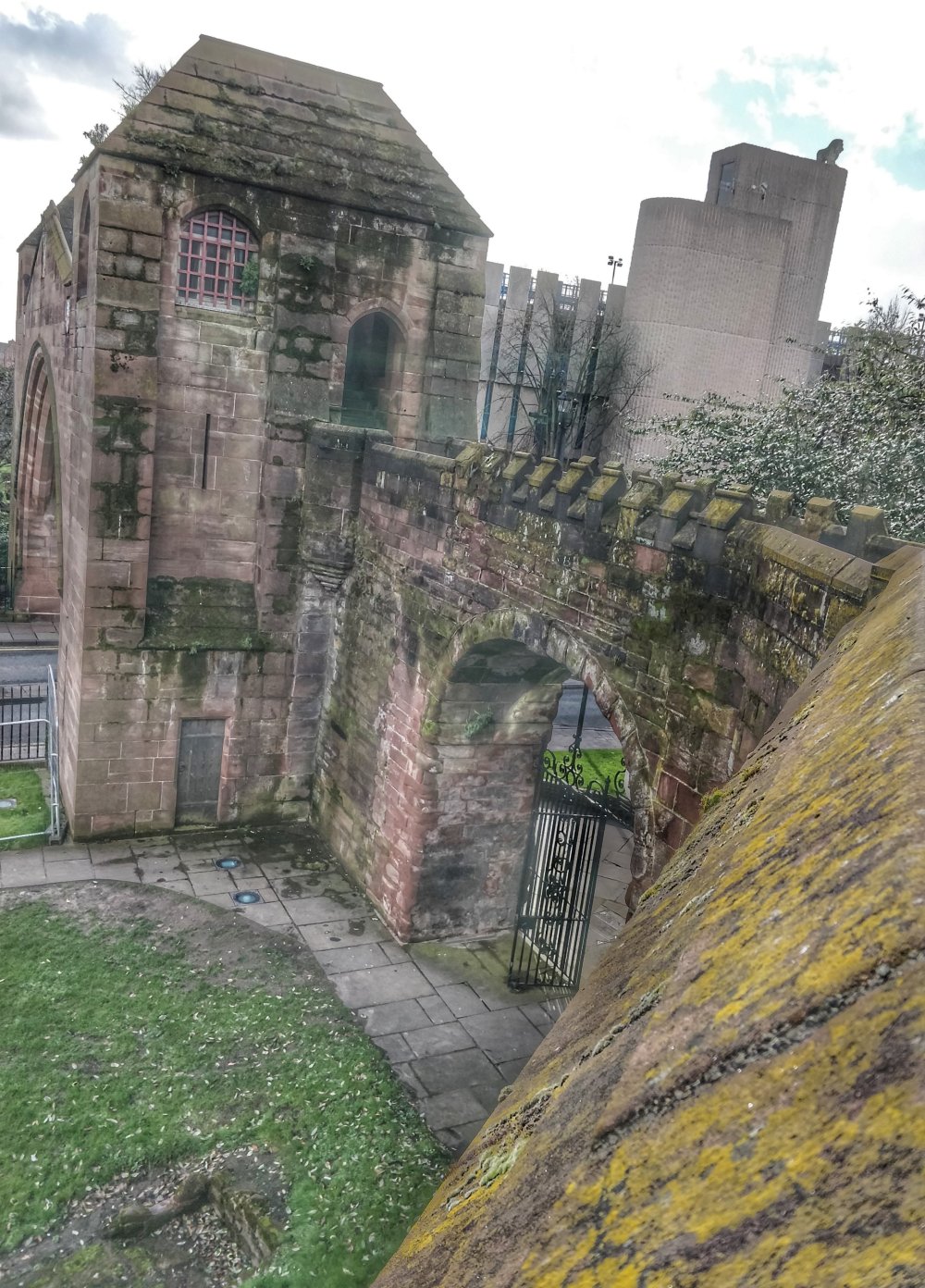 These walls have been extended over the years. Chester’s city walls run for two miles around the Old City.

We also saw the Ornate Eastgate Clock, built on top of a bridge to celebrate Queen Victoria’s diamond jubilee.

They say this is England’s second most photographed clock beaten only by Big Ben’s clock tower.

Britain’s largest Roman amphitheater and fragments from the old baths in the Roman Gardens were pretty spectacular too.

Site where amphitheater would have stood

Bathing halls, this was the sauna area

Chester is also home to the original medieval version of a shopping mall – The Rows.

They’re like double decker, black and white shops, one on the ground floor, then another on a raised level above. They have allowed double level shopping here at least since the 13th century.

The first floors are covered walkways and these can be seen in the city’s four main streets. They are unique not only in Britain but everywhere in the world. So nice, I am finally impressed with shops!!

We also walked along Shropshire Union Canal which runs along the edge of the city. 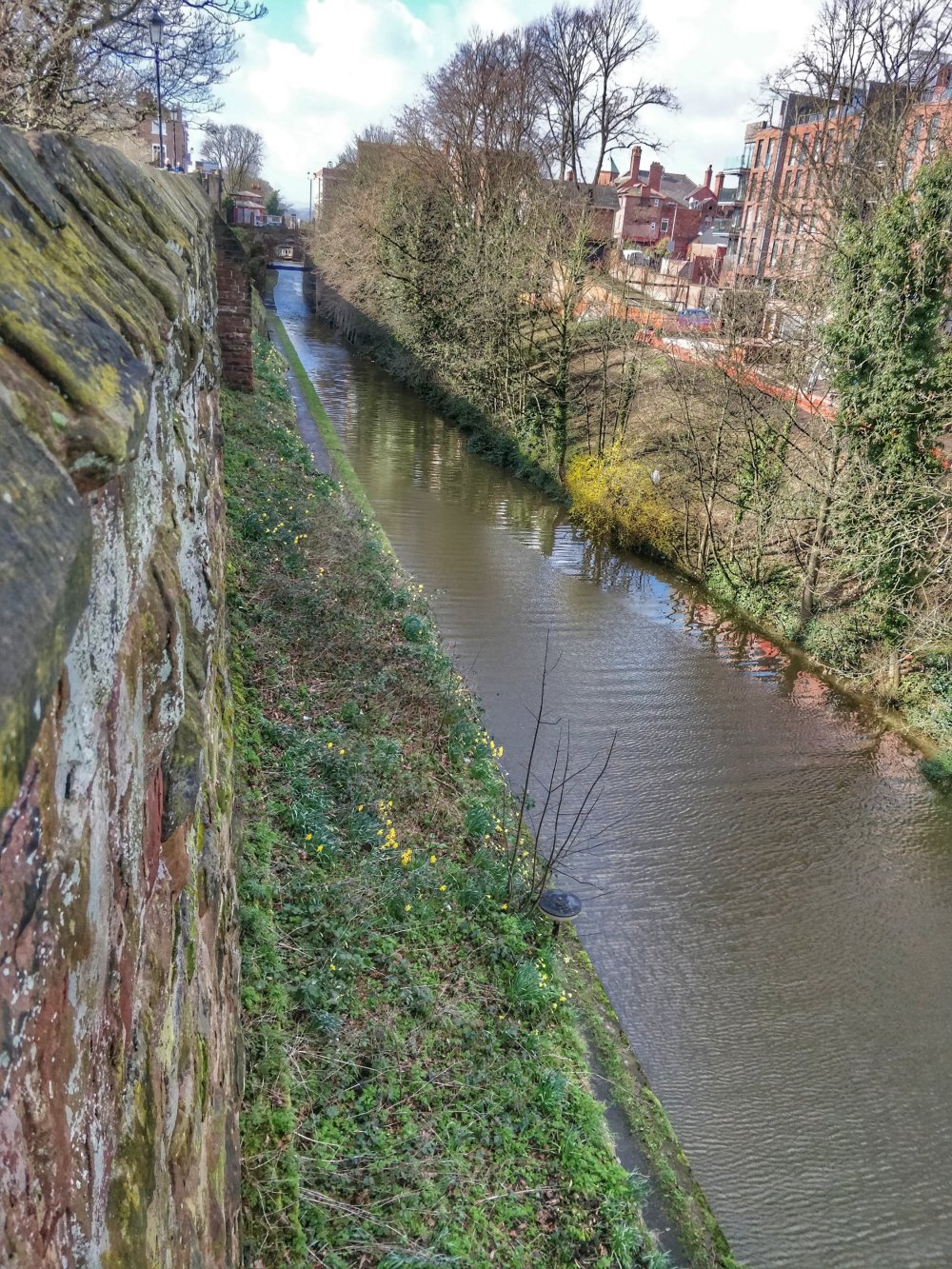 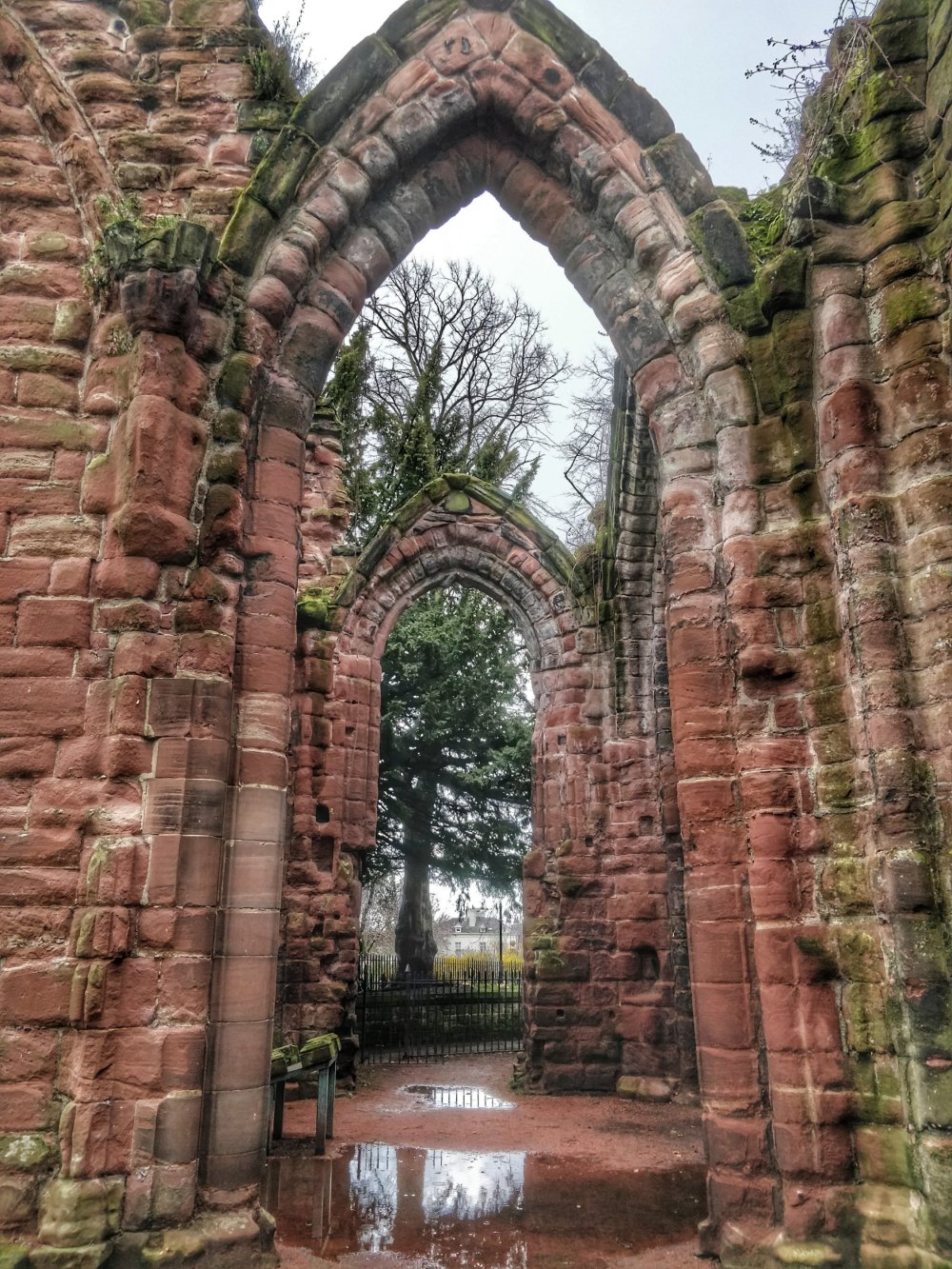