“The World is yours to explore“ 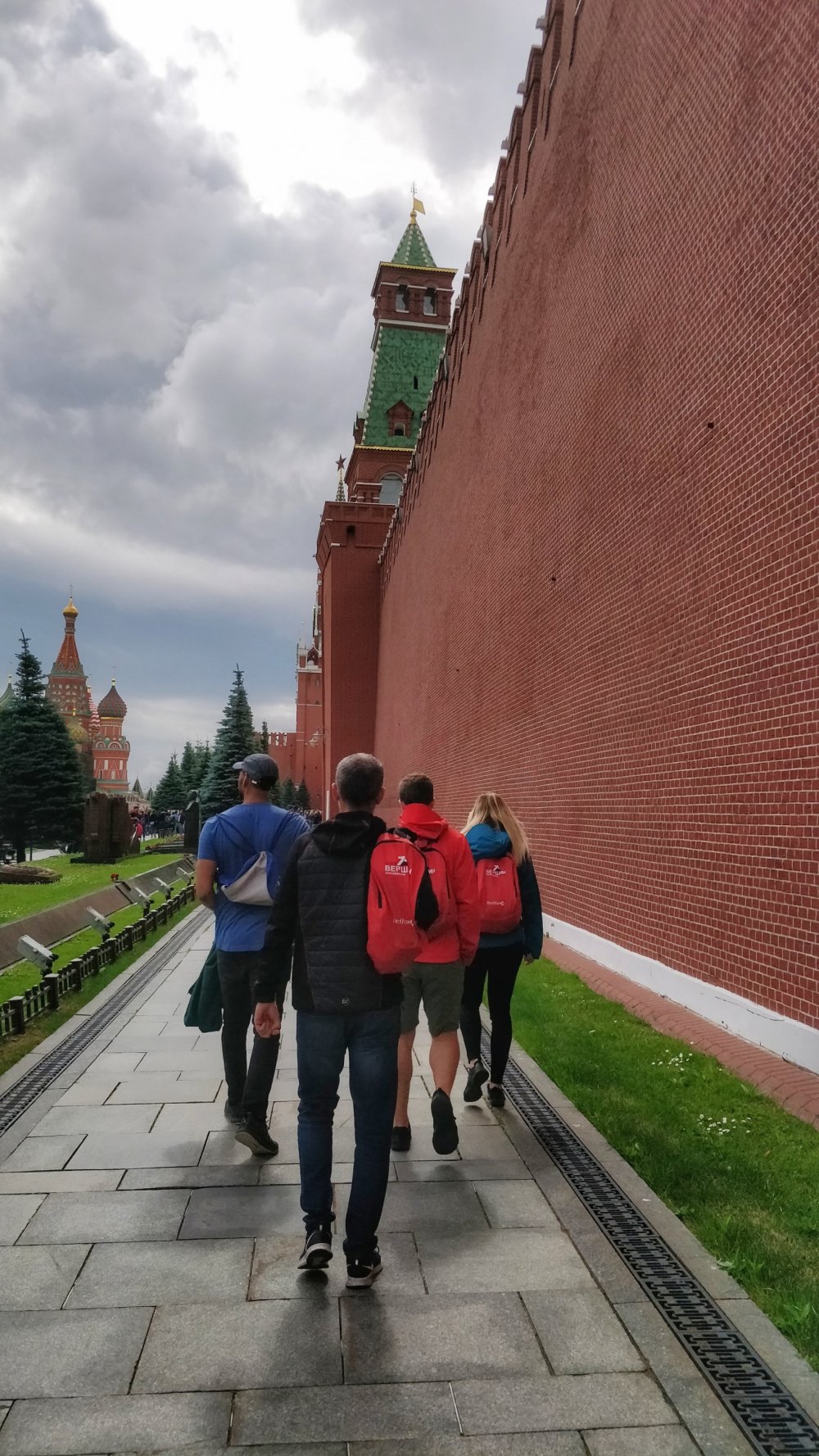 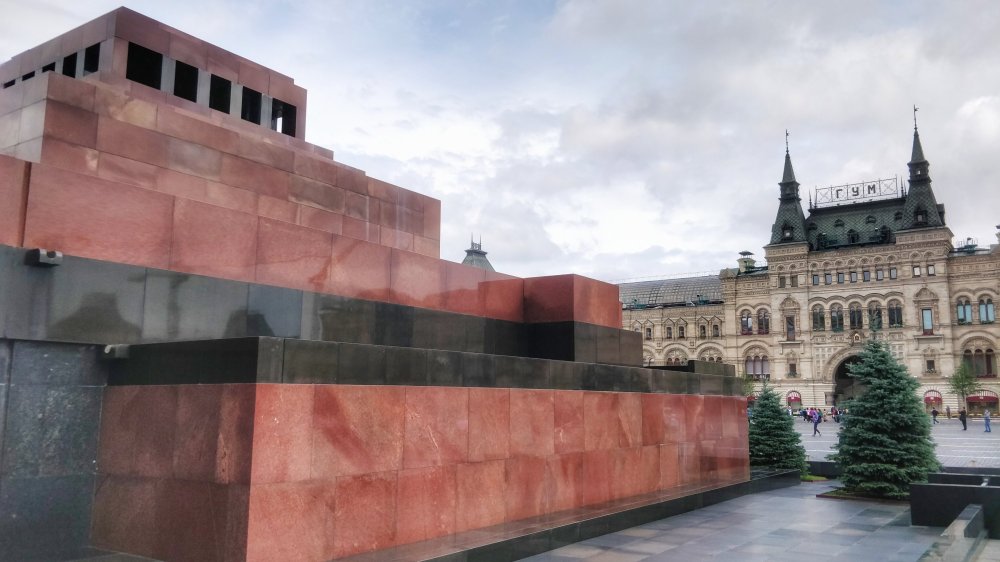 Lenin’s Tomb is situated in Red Square in the centre of Moscow and this currently serves as the resting place of this Soviet Leader. 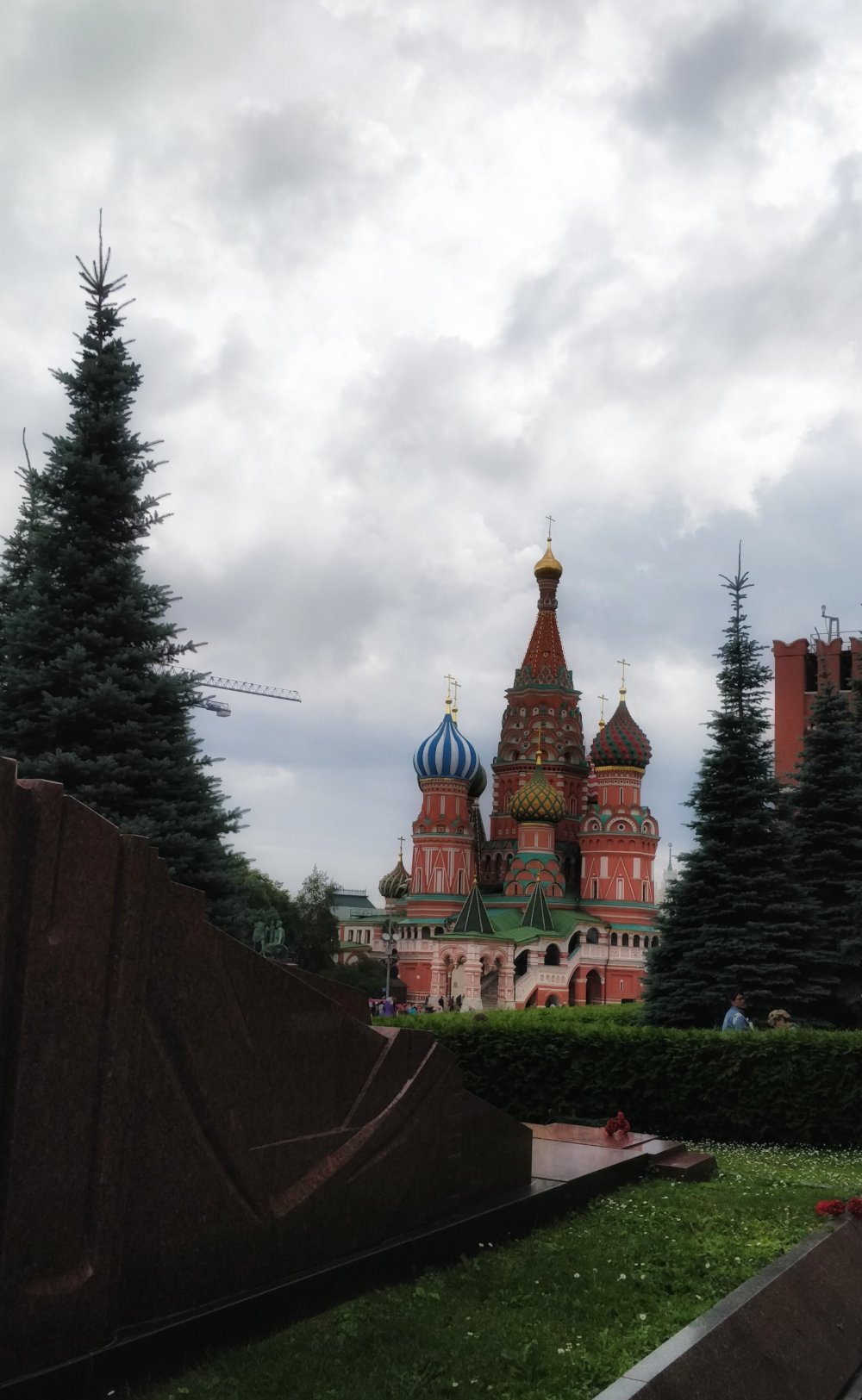 To get inside of this illustrious building you must stand in line and go through a full body search. A certain decorum for visitors is strictly enforced such as no hands in pockets, no hats, no pictures.

On entering it was very dark indeed, then you walk into a square room where you are watched over by guards and there in front of us was Lenin. We had to walk anti- clockwise round his body then leave through another exit.

I’m not sure what I made of this experience…it felt strange.

From here we visited the foodhall of the famous GUM again, this has become our daily habit. 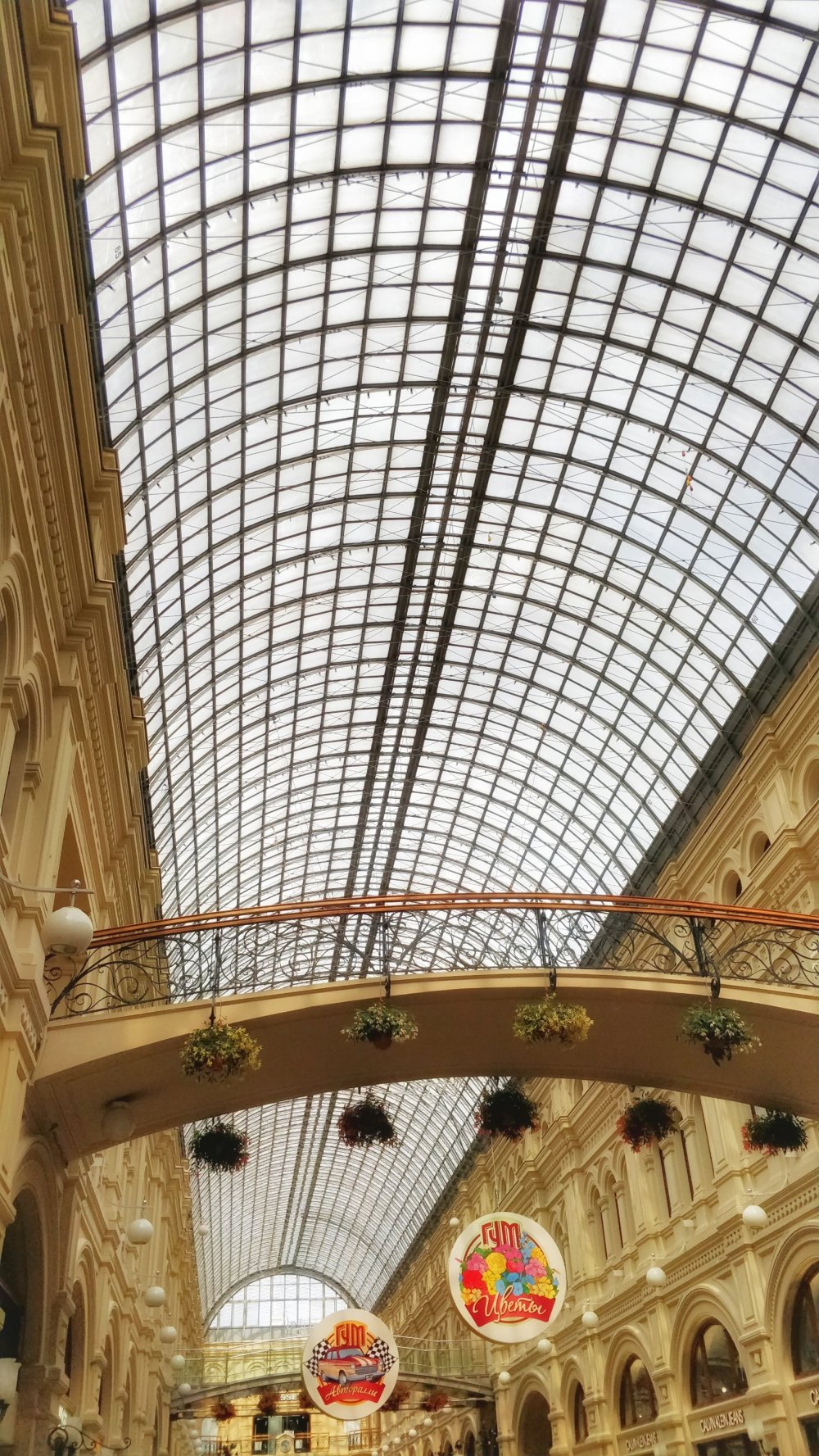 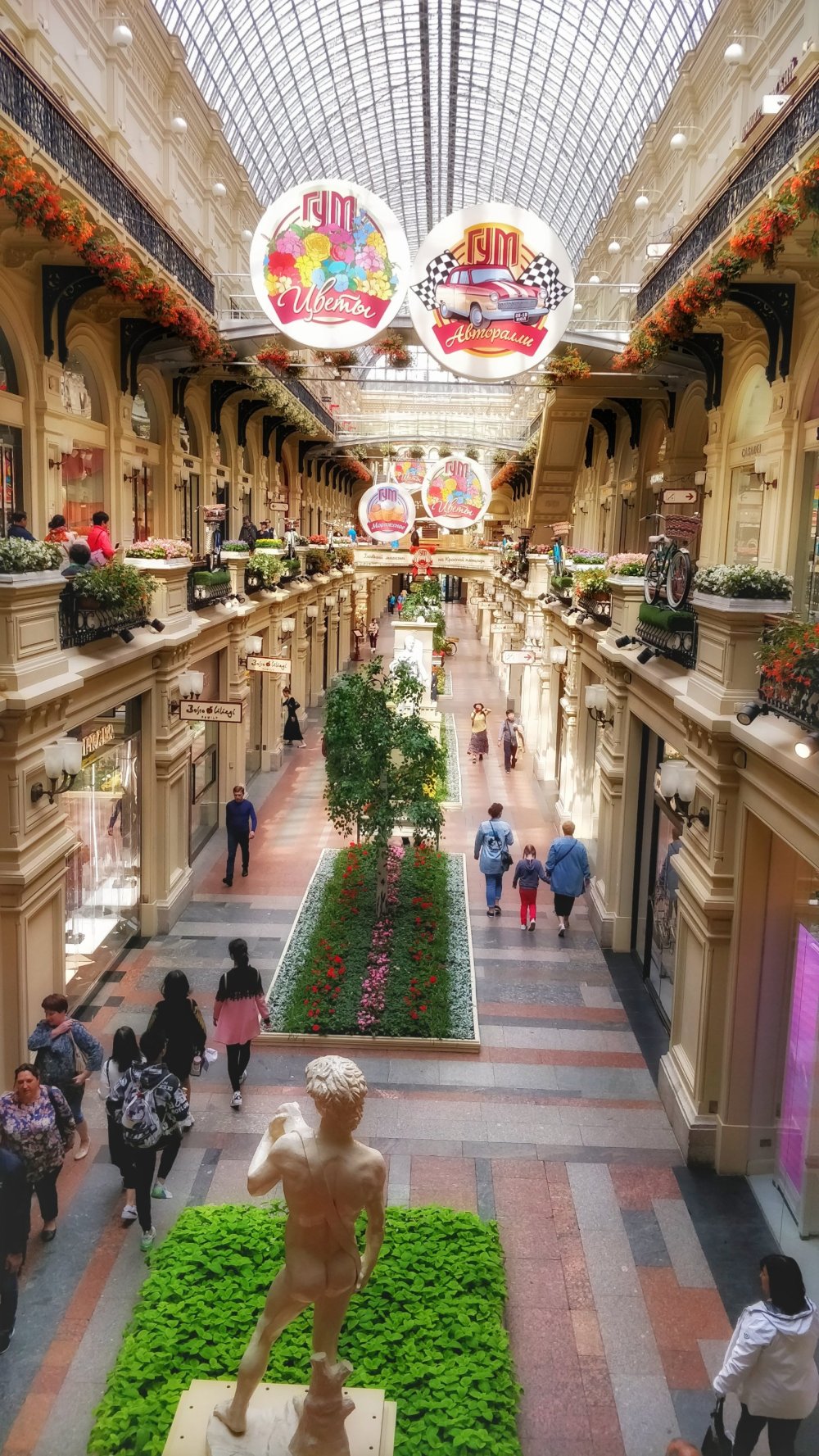 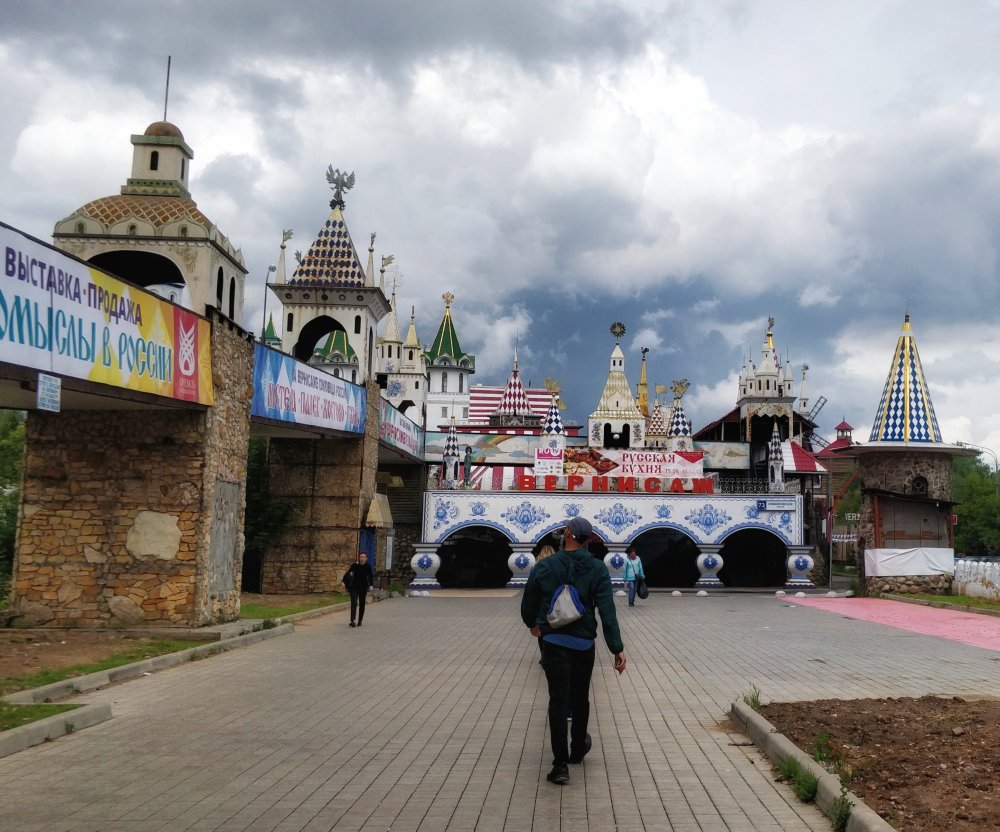 When we got there it was nothing like we had expected. It was set up in what looked like an old amusement park, very surreal.

When someone asks what the most interesting places in Russia are, your imagination draws you to the most familiar tourist attractions, Red Square, St Basil’s Cathedral and the Kremlin. These places are worth seeing for sure but for the curious traveler you’ll soon find out that a lot of sightseeing places might be hidden a little bit further from the center of the city. 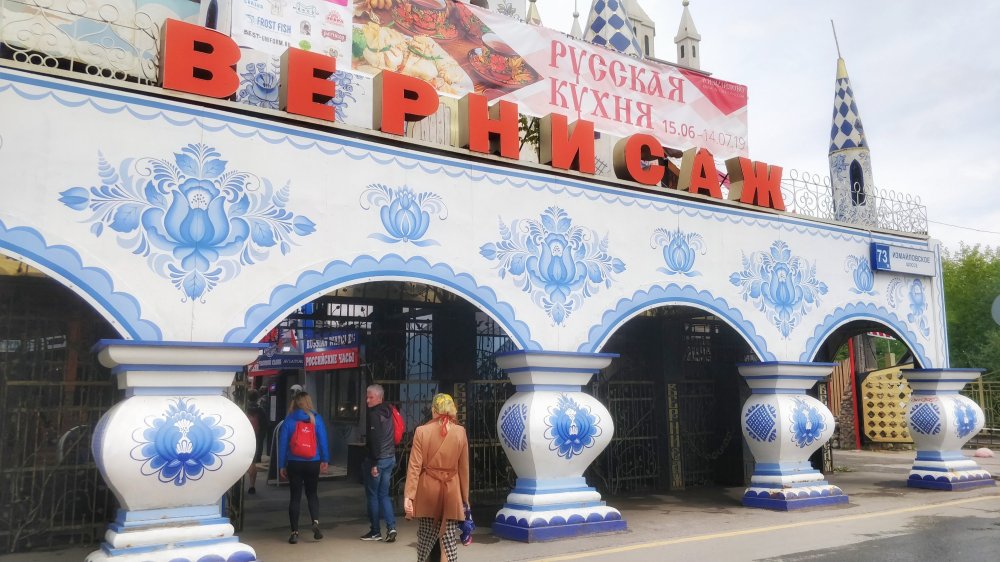 It had everything from fur hats to antiques and traditional toys.

We bargained with the traders. 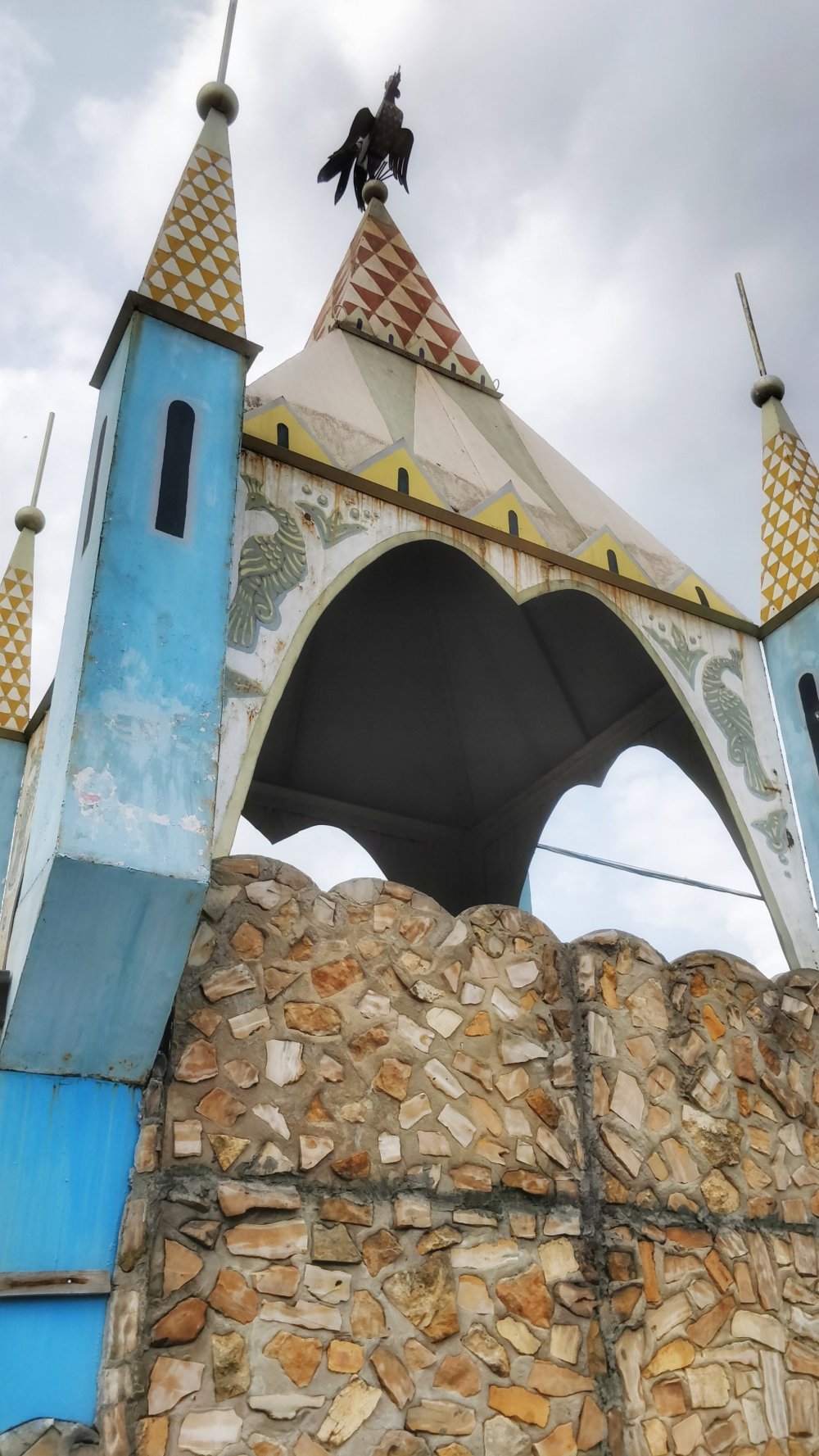 We then all wanted to visit the famous Gorky Park and get away from the hustle and bustle. 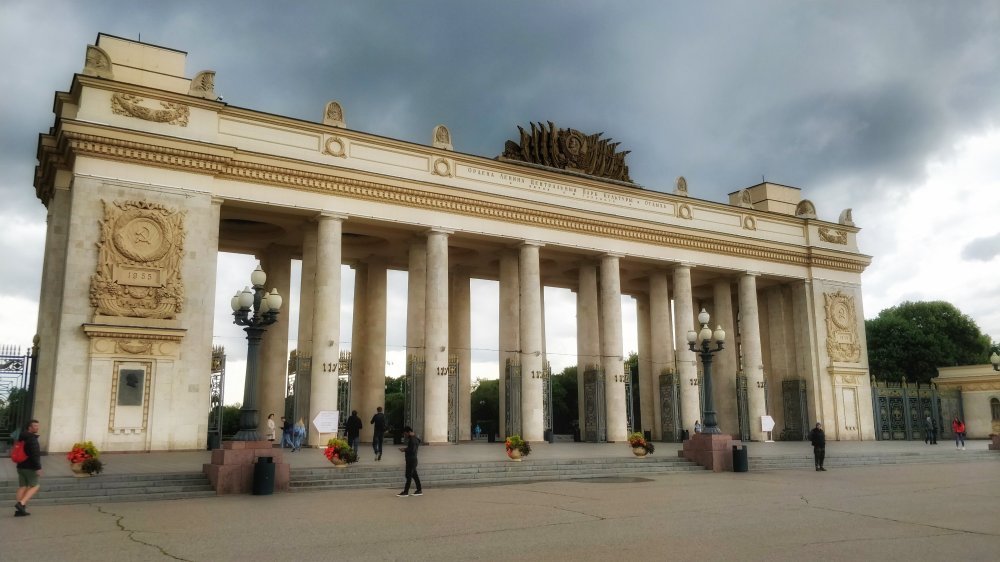 Gorky Central Park of Culture and Leisure is a central park in Moscow and it is big and beautiful. 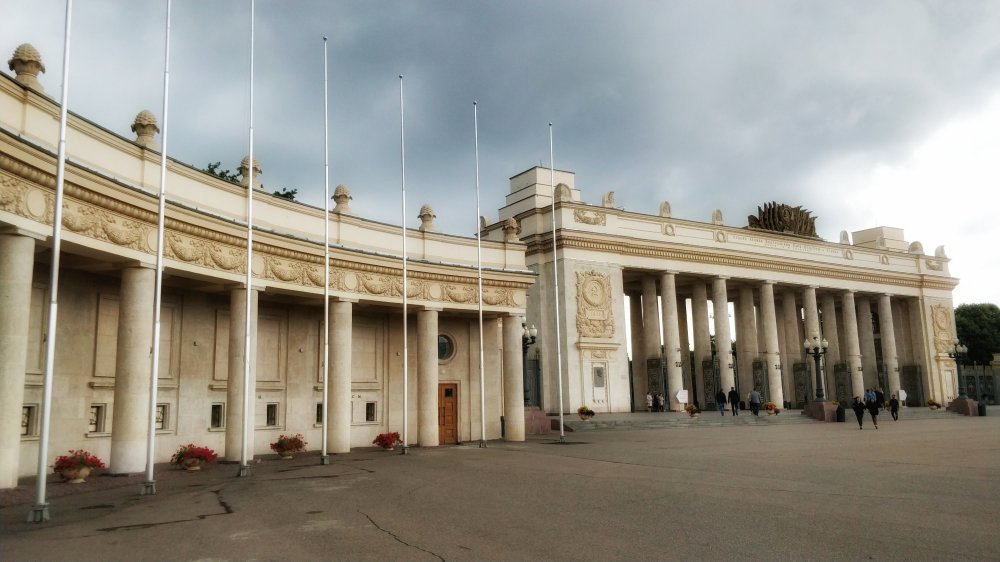 People come here to get impressed and relax, to do things that they can’t usually manage to do in the intense city rhythm. 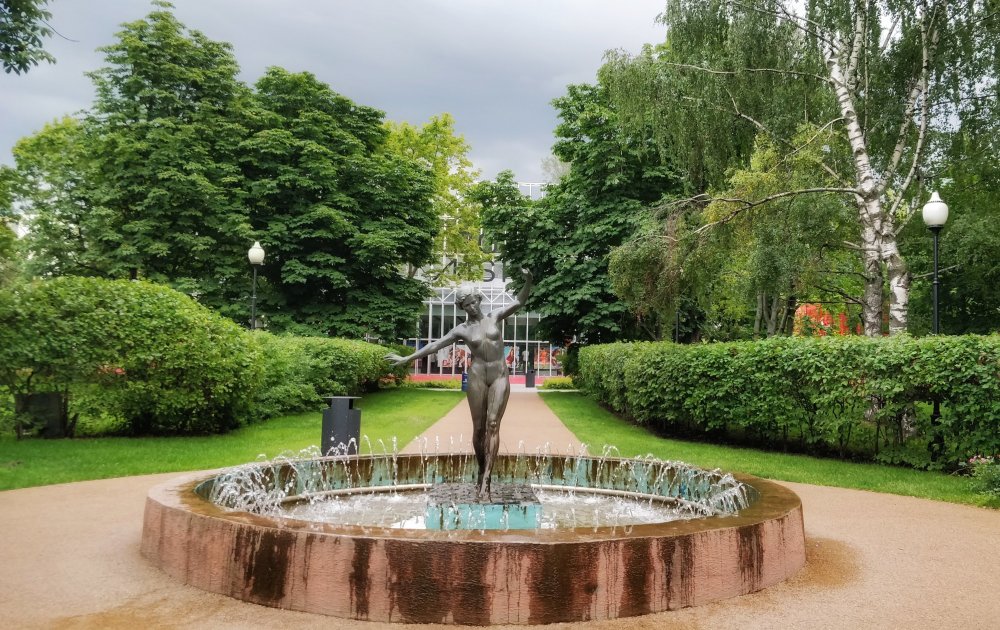 No wonder this place is cherished by tourist as much as by locals. 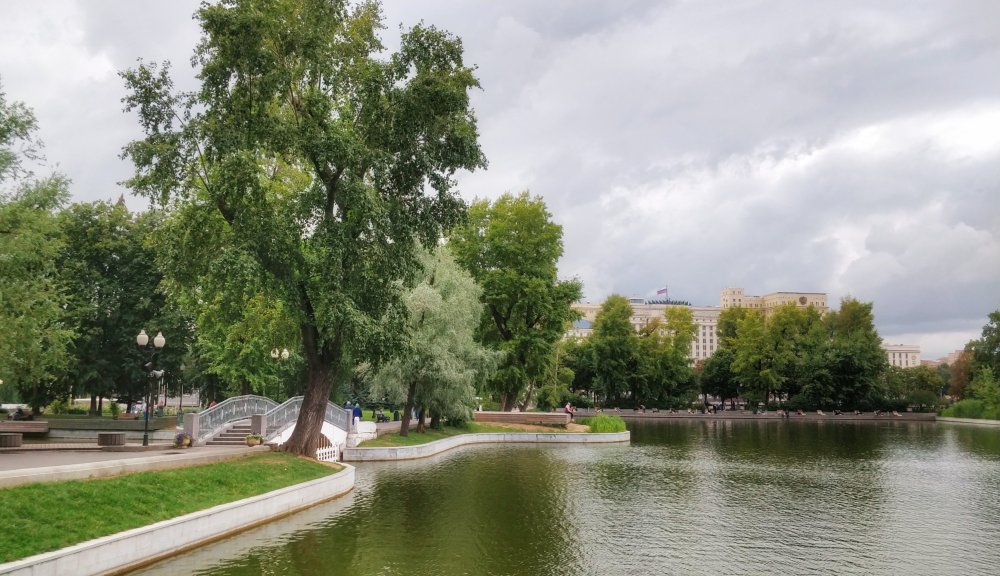 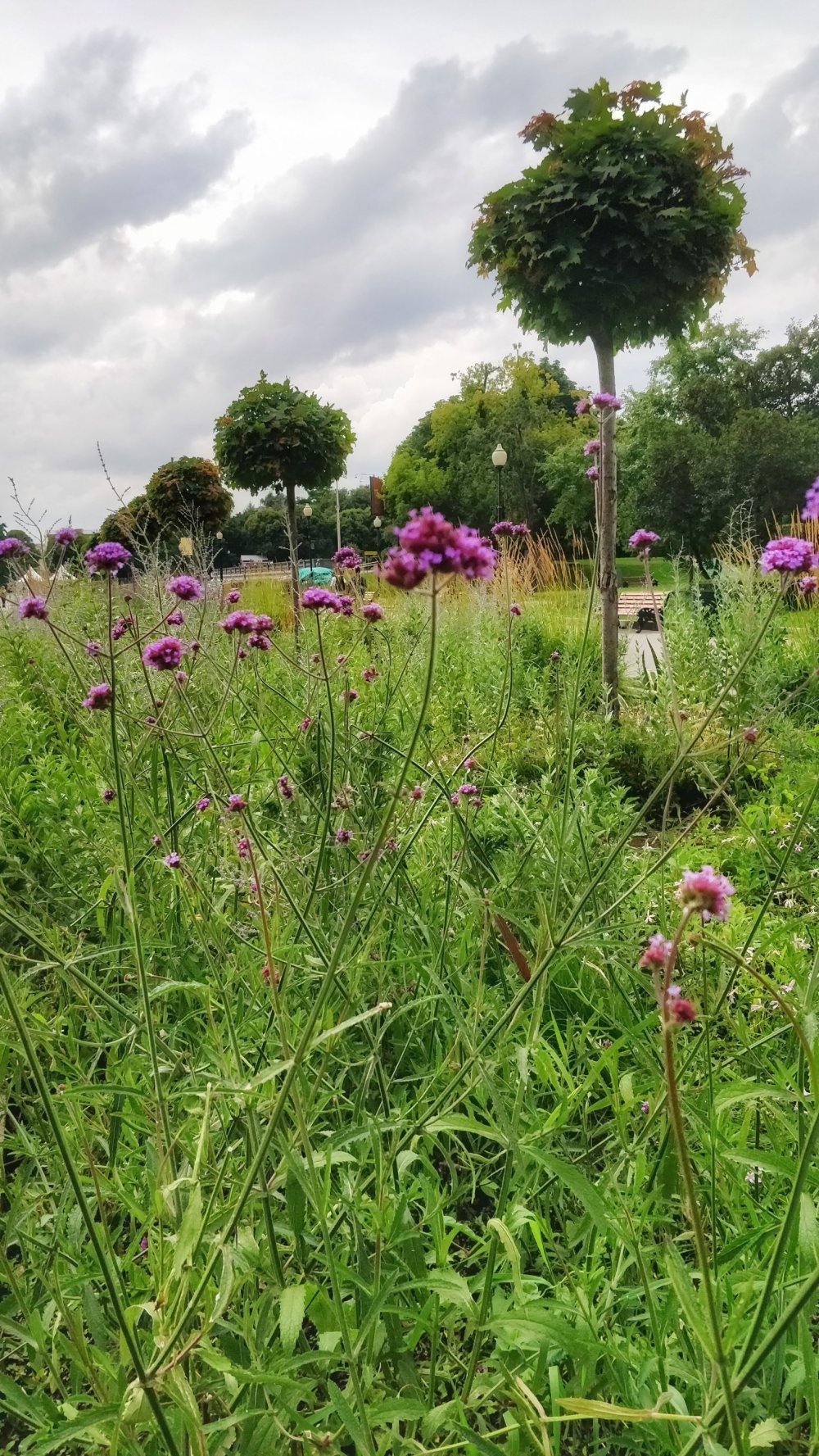 Gorky Park was also a 1981 crime novel written by an American author Martin Cruz Smith. It was set in the Soviet Union during the Cold War.

It was also written about by the band The Scorpions who became the first hard-rock band to play in Russia. The previous year they had been inspired by thousands of Russians cheering on them even though they were German that they then wrote the song ‘Wind of Change’. 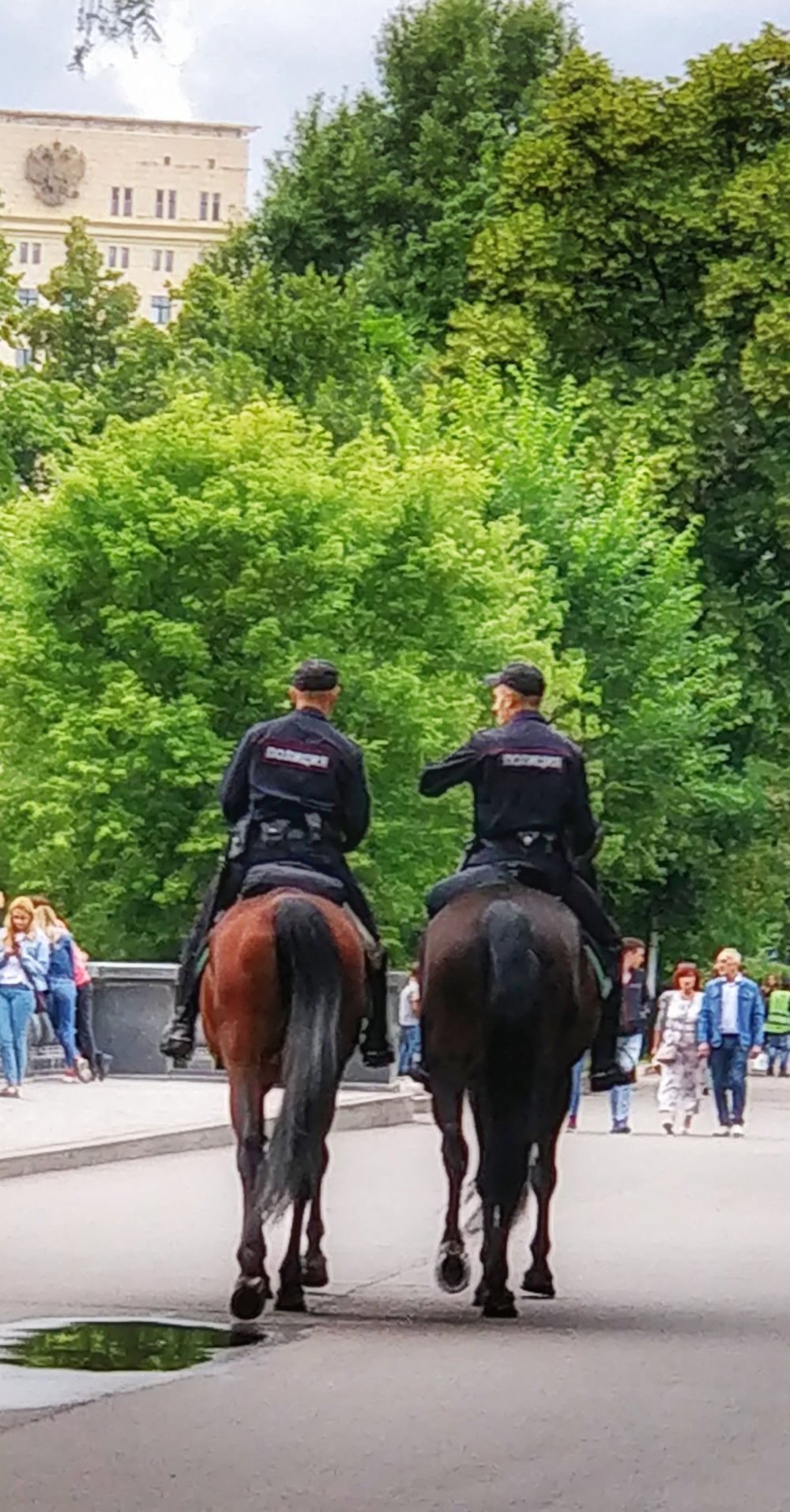 We spent ages walking round this park and even had a picnic with our posh food from GUM.

Tonight’s meal was strange…we ate in a restaurant with rubber gloves on! 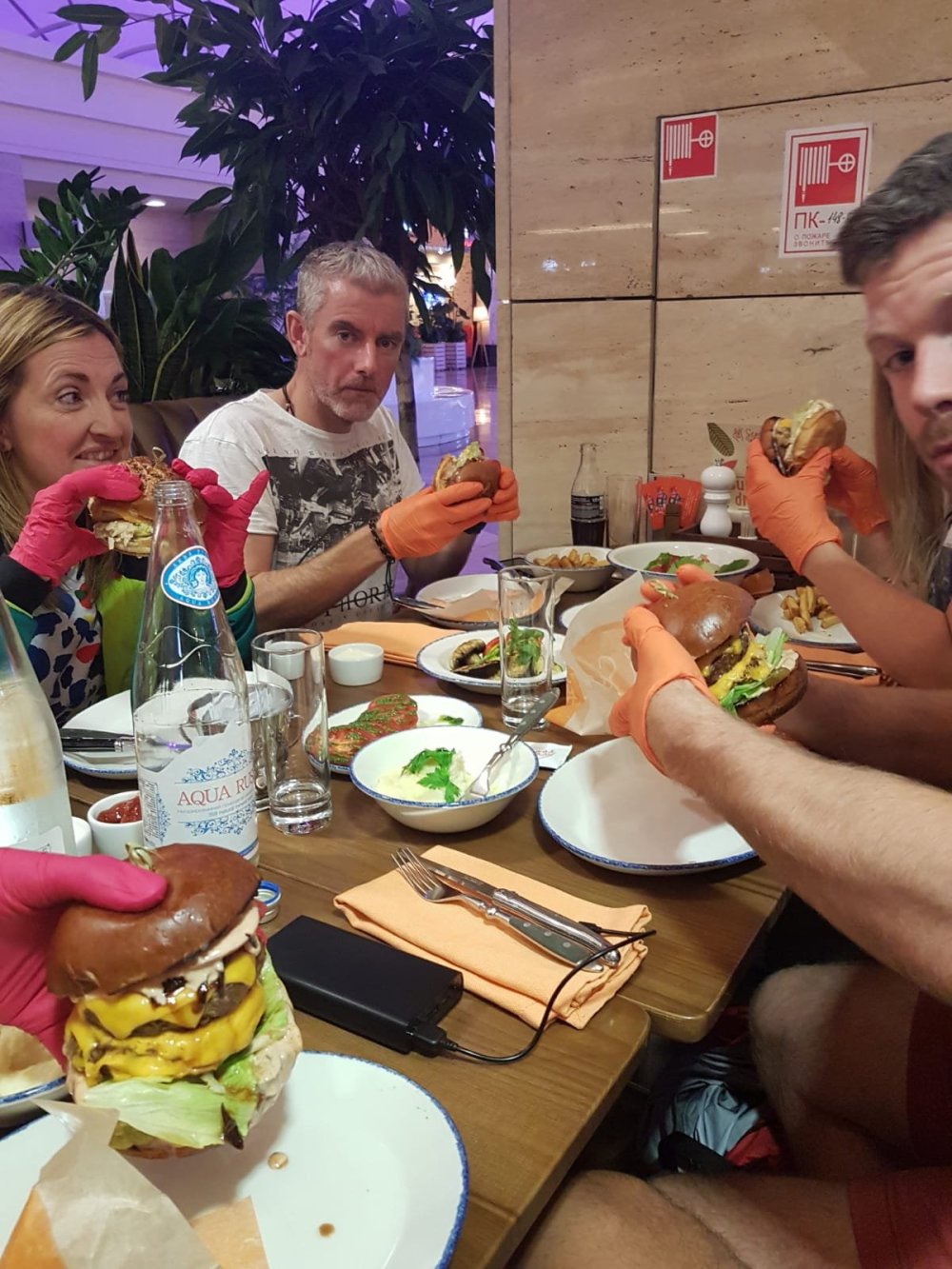