Last night we got talking to a local on the beach/promenade who asked us if he could practice his English with us. Of course we obliged and it turned in to be a good experience as he told us about some of the local things to do along with their history.

And today we were off to experience some of them. 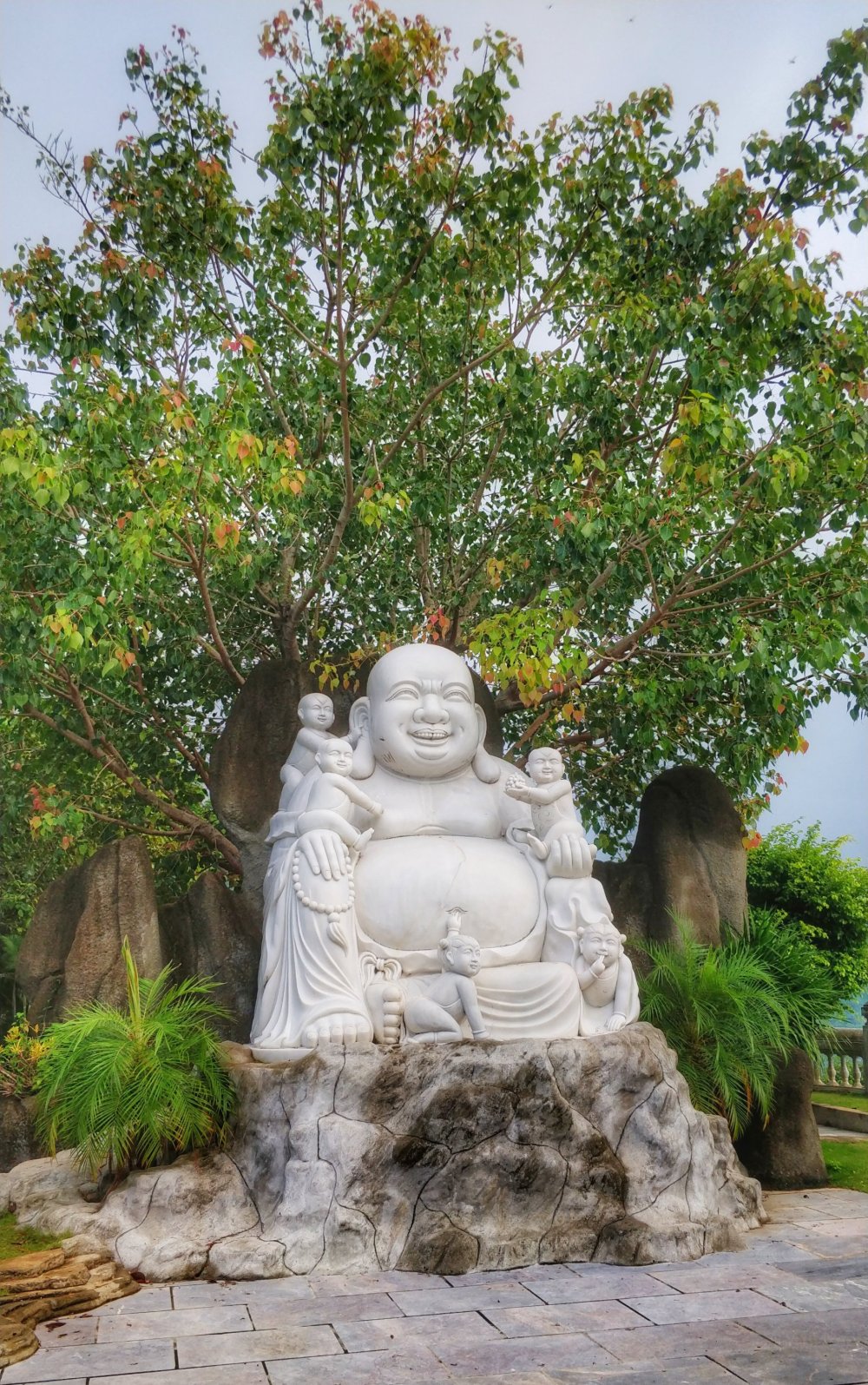 We were heading to Son Tra (Monkey) Mountain which stands at 693m above sea level.

It took us around a 15 minute drive from Da Nang which makes this a popular destination amongst the locals.

Monkey Mountain was a prominent observation base during the American-Vietnam War, housing two radars that are now taken over by Vietnamese Military as well as a helicopter pad.

A pagoda has been constructed to commemorate the development of Vietnamese Buddhism in the 21st century. It’s a very significant cultural site.

It is famous for its beautiful 67 metre tall Lady Buddha statue standing on a lotus shaped platform, the tallest Buddha statue in Vietnam. 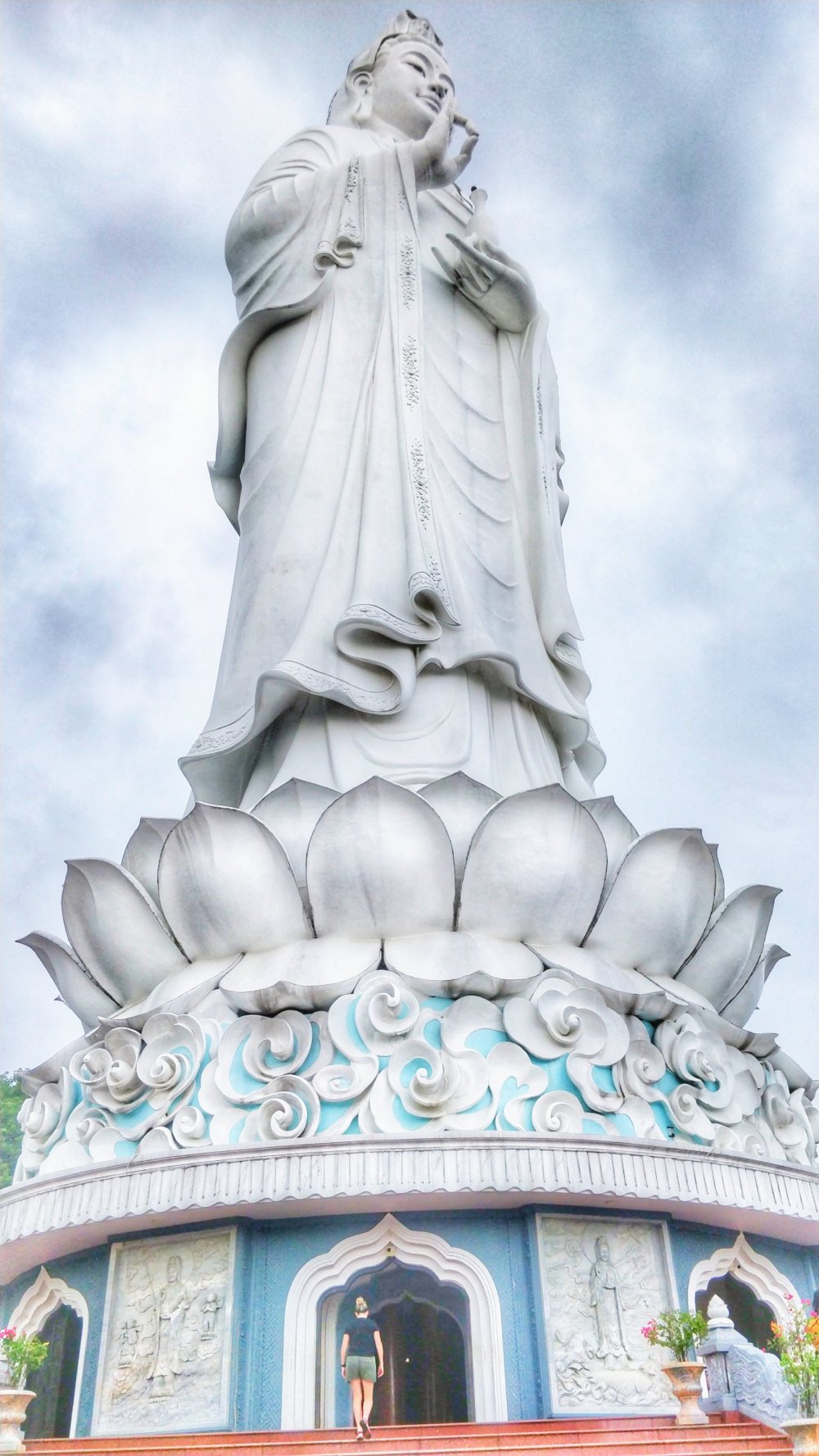 The shiny white statue is visible from a long distance.

This statues real size is only revealed from close….and she is huge, overlooking the city.

The Vietnamese man from the beachfront last night told us that since this statue has been built no typhoons have since taken place in Da Nang…coincidence or something else!!

The views of the city and sea were outstanding and you could see why people would come here to escape the hustle and bustle of city life.

We never saw the monkeys!

We then left Monkey Mountain for Marble Mountain a cluster of five marble and limestone hills. 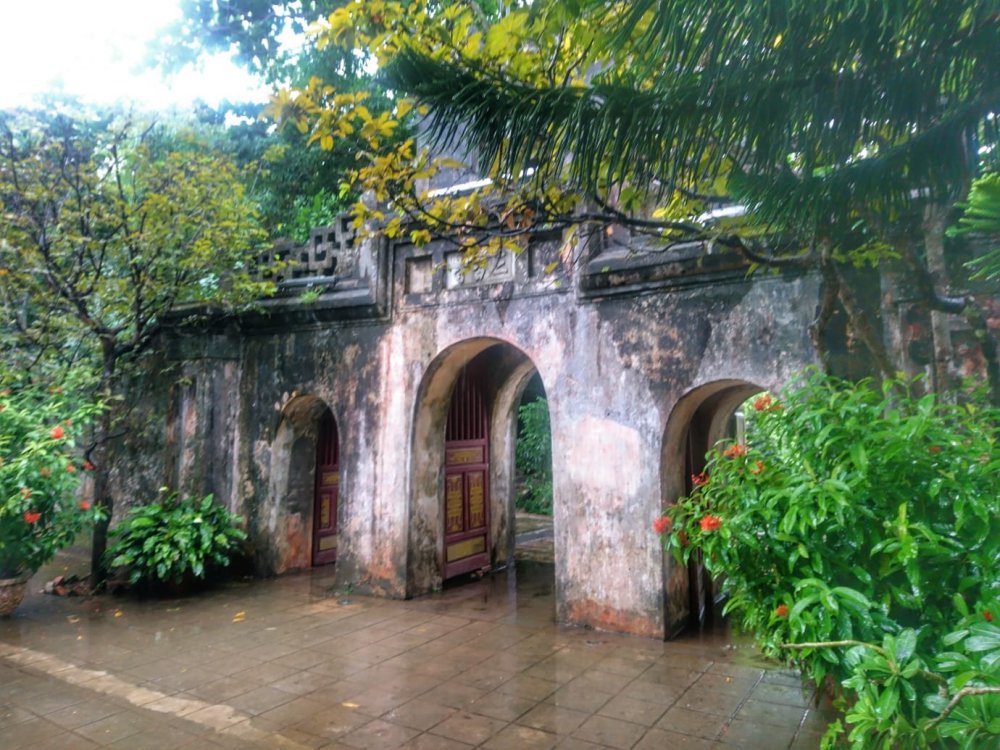 These five peaks are named after the elements of earth, water, wind, fire and wood in Chinese culture (Kim, Moc, Thuy, Hoa, Tho mountains).

We were standing on peak 5 taking this photo 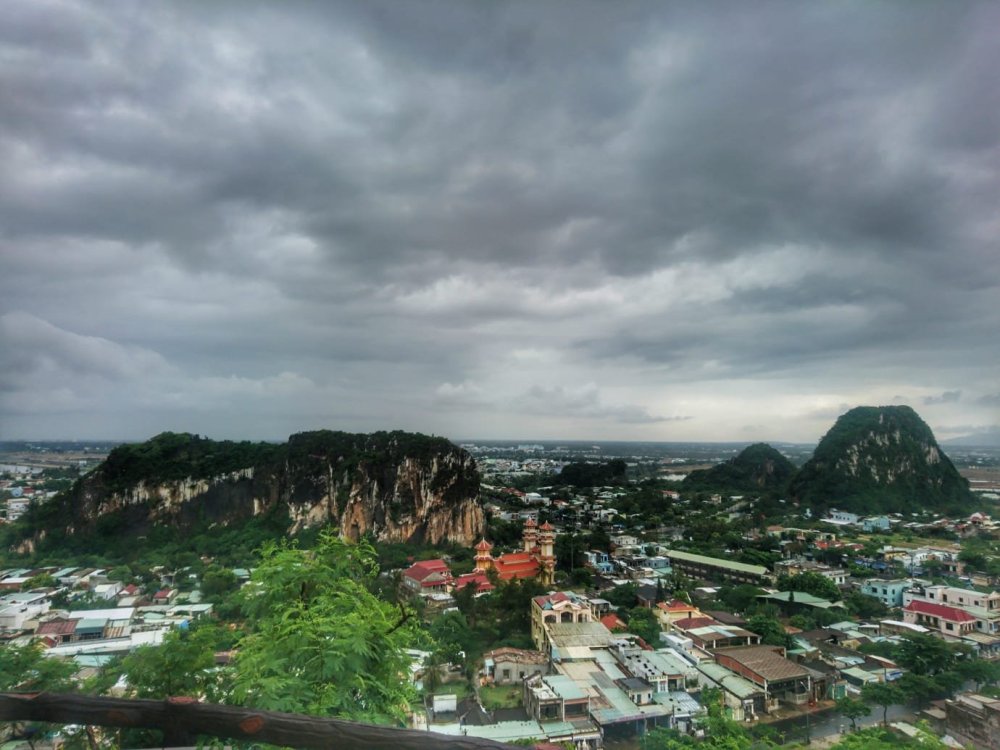 The cluster of limestone outcrops that make up the Marble Mountains were initially sacred sites worshipped by the Cham people’s of Central and Southern Vietnam. 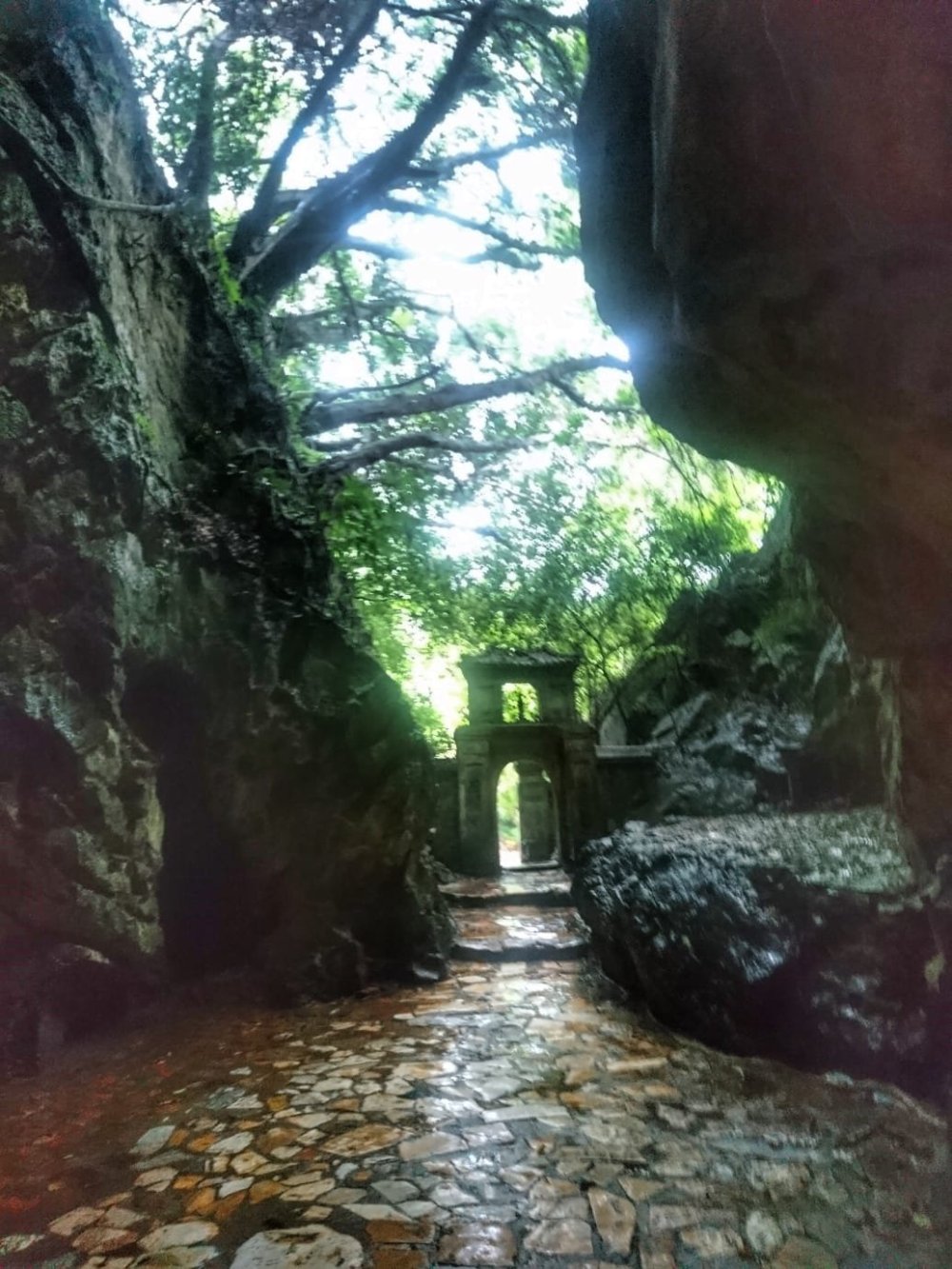 To this day it is a well known pilgrimage site and each of the caves and tunnels are fitted with spectacular Buddhist and Hindu shrines.

Check out the detail on the buildings, materials all from broken glass and ceramics…such intricate craftsmanship 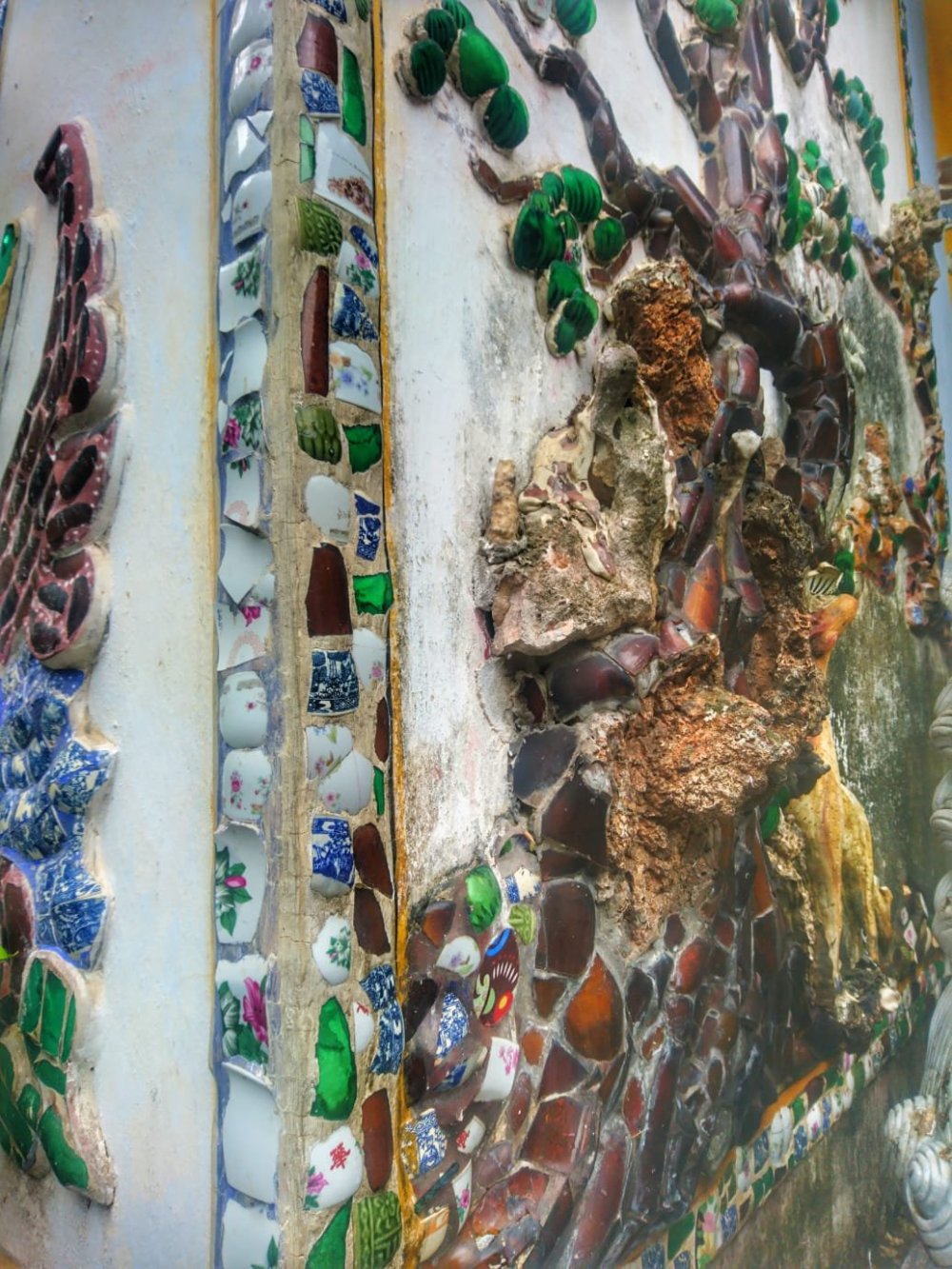 The mountains are picture perfect on their own, but they also home countless caves which we were about to discover and marvel at their varied beauty and uses.

The Buddhist pagodas add more interest and we visit one dating back to the 17th century….400 years old!

This sacred venue has undergone much change and been witness to so much history.

More than once these Marble Mountains have been used as an army station. And during the Vietnam war it was used as a hospital and was a place where the Viet Cong hid from the American army.

Standing here I can see why so many people would have used this as a shelter of some sort. 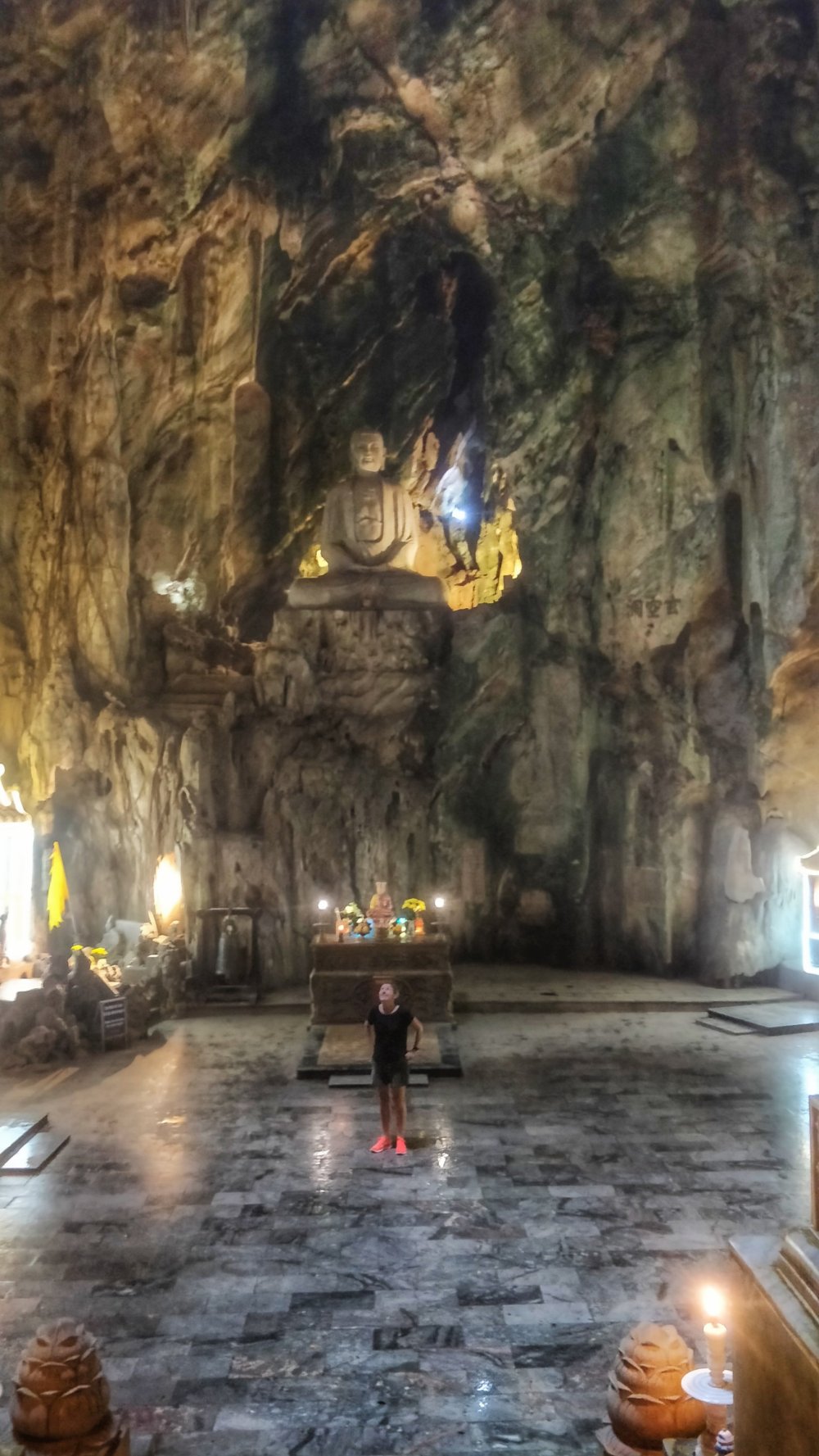 Out of the five mountains, only Mt Thuy is accessible to tourists. It has the highest summit and a stunning panoramic view of th coast, Da Nang and the other Marble Mountains.

Today/tonight we leave Da Nang and it’s lovely, friendly, welcoming people behind and head to Hoi An