So we arrived in Hoi An and we both got sick…it was bound to happen.

Thursday from 3.30 am and over the next 24 hours we were bed ridden. It was definitely food poison from one of the “best chicken curry type dishes I have ever tasted” – yes a direct quote from Andy!!!!

Next day we were back on our feet (just) and ready (not quite) to make up for our lost day!

Hoi An is a fishing village situated on the coast of the South China sea.

It is an ancient city in Central Vietnam and is quite a quintessential destination.

It was a major Southeast Asian trading post in the 16th and 17th centuries, where many Chinese and Japanese immigrants settled. 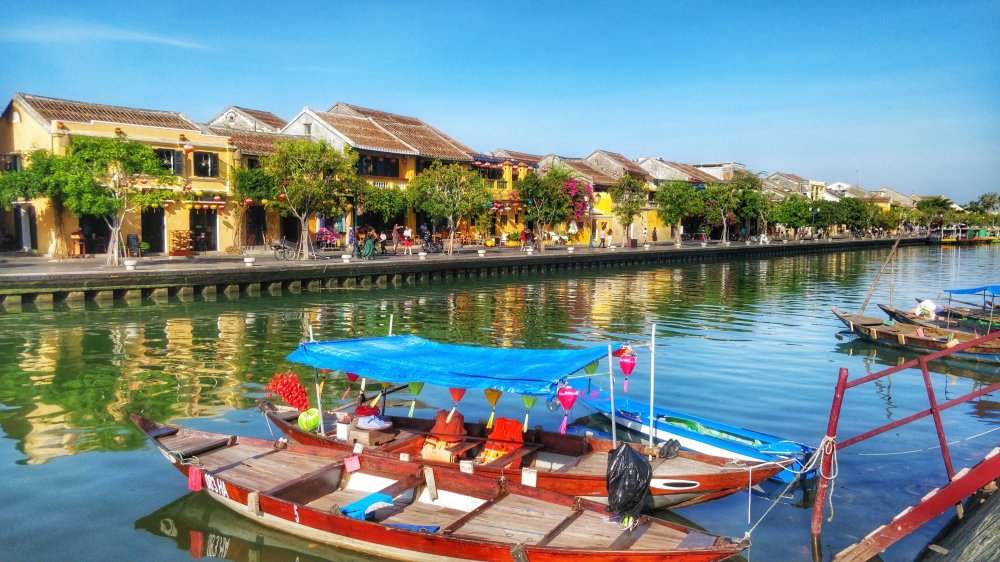 This can be seen in the many heritage buildings in the ancient town, including the wooden shop-houses, the French-colonial houses, Chinese temples and pagodas, and the famous Japanese-designed bridge. 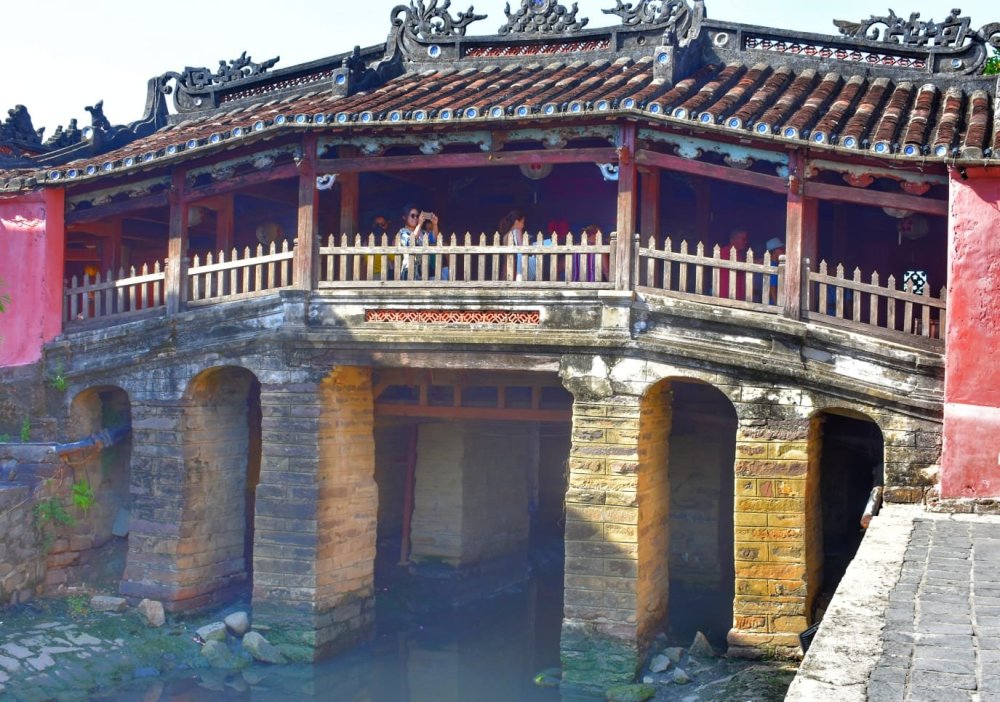 The heart of the city is still in the Old Town, which is listed as a UNESCO World Heritage Site and is full of winding lanes and Chinese-style shops. It is sometimes called the “Venice of Vietnam” because of the narrow canals that cut through part of the town.

Walking around is quite delightful and charming. It’s beautiful to look at, with yellow glowing buildings overlooking the river, bright and colourful lanterns adorning the streets fluttering in the breeze.

Hoi An is easily one of the most beautiful destinations in Vietnam.

There is magic here. 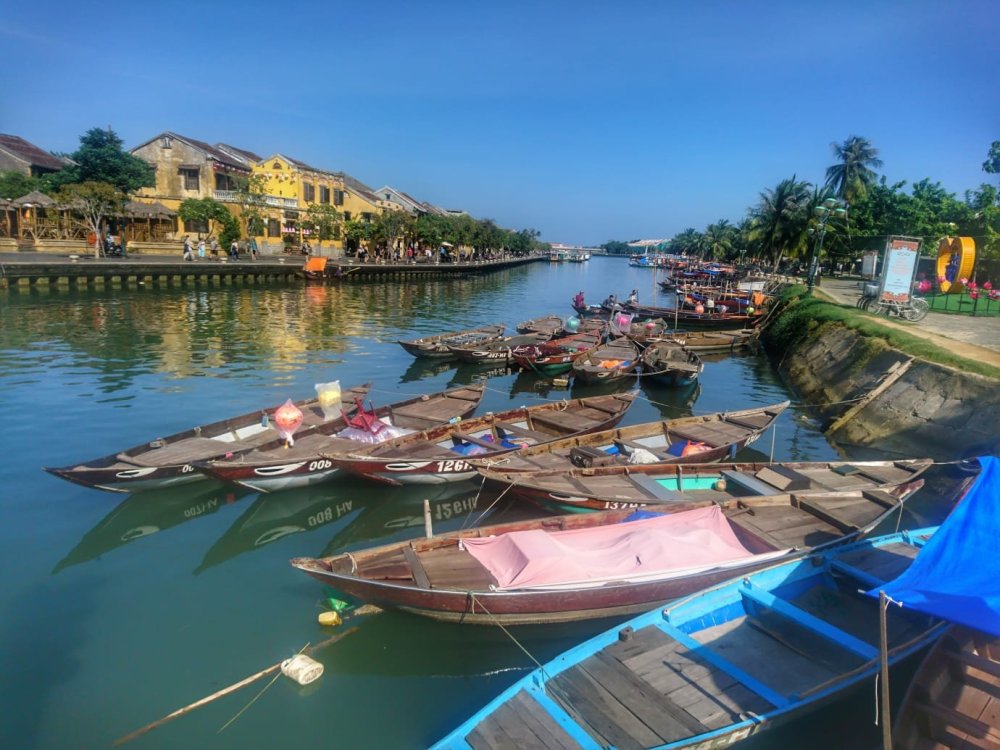 We had read that Hoi An is the place to go for a custom made suit or dress and there is an endless number of tailor shops (over 400!!).

Hoi An is the only town in Vietnam that remained largely untouched during the Vietnam-American War and has been described as the place “where time stood still”.

We decided to hire some push bikes for the rest of the day and cycled to An Bang Beach – yes we actually hit the beach for 2 long hours and once we had enough of that we cycled through the countryside, along the paddy fields escaping the business of Hoi An town.

It was so beautiful and green and we got to watch the many water buffalos bathing in their patches.

Outside the main tourist enclave we found ourselves amidst traditional Vietnamese village life. 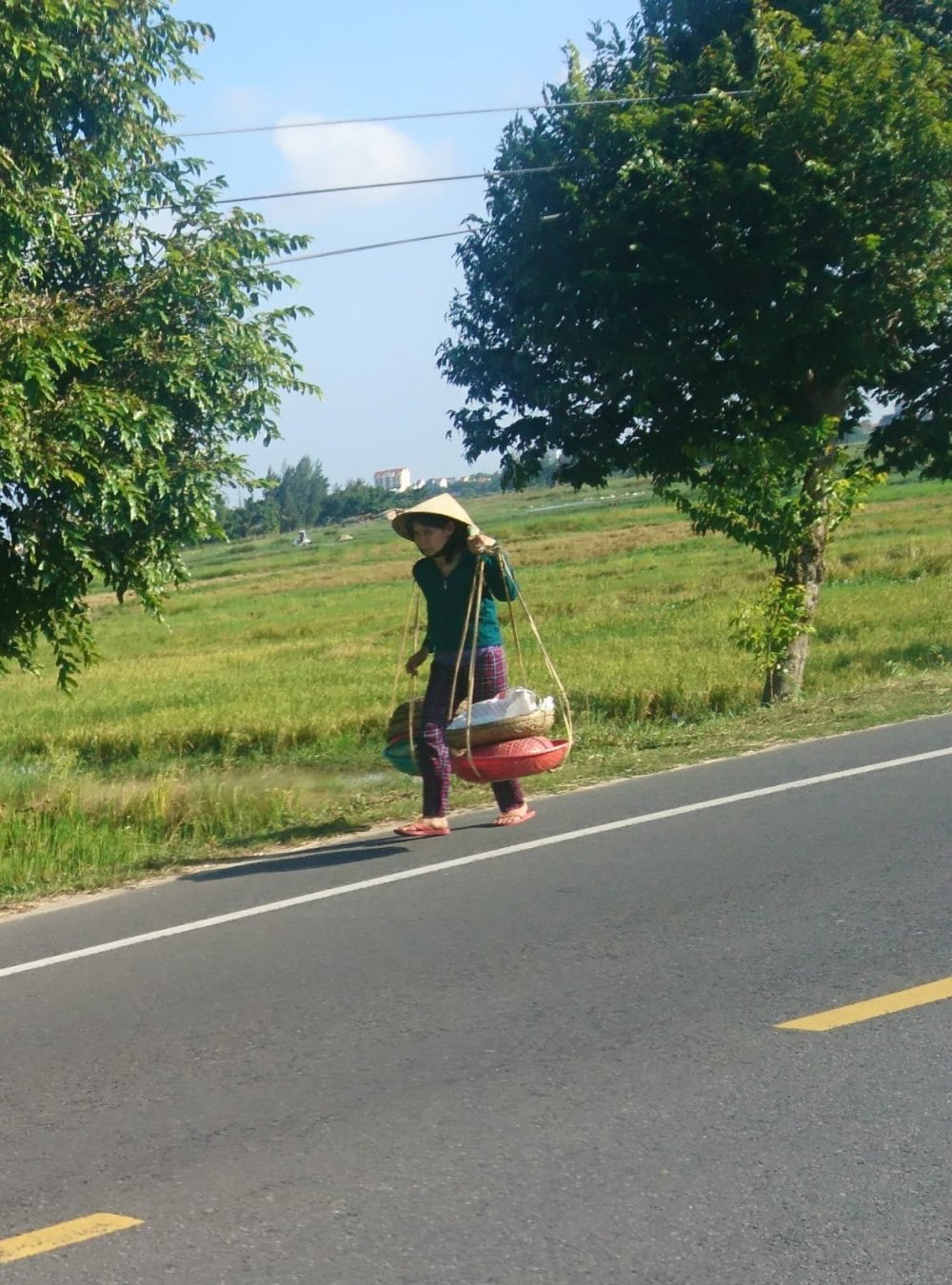 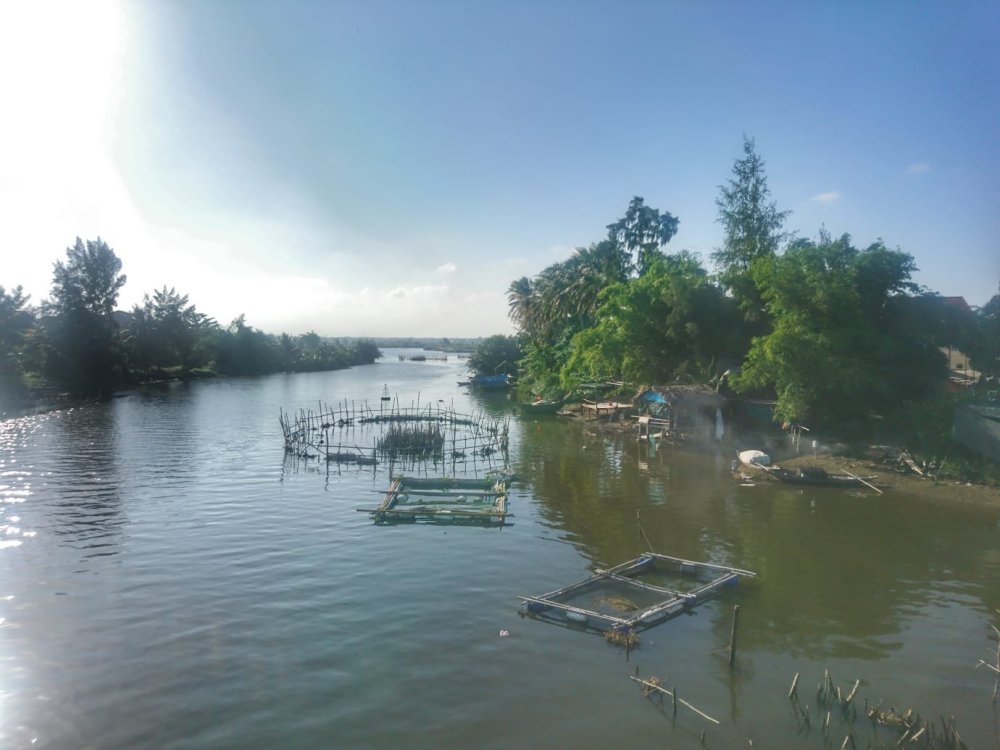 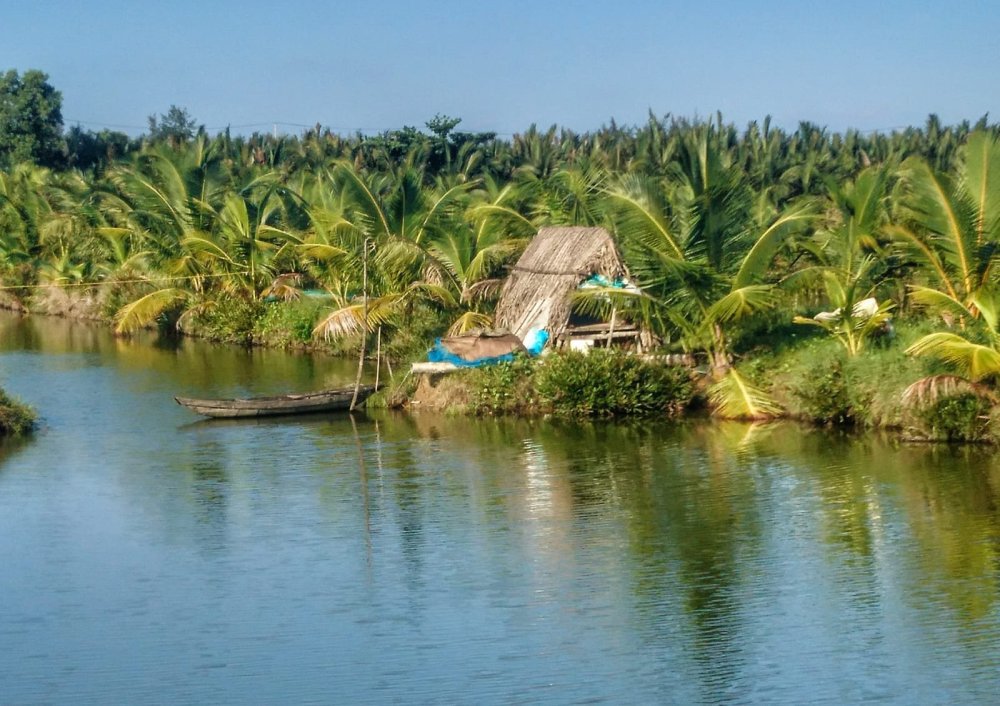 Riding the bikes in the countryside was not so bad as roads were quieter but getting out of town was a very different story.

It’s all about trust, bigstyle! You have to trust what is coming behind you as you have to have all eyes focussed on what’s coming at you from the front!! It’s pretty crazy.

Getting out to some of the quieter villages for a laid- back experience is always more of our thing and without a doubt, one of the best ways to experience Hoi An – get off the beaten track and explore the streets around!! 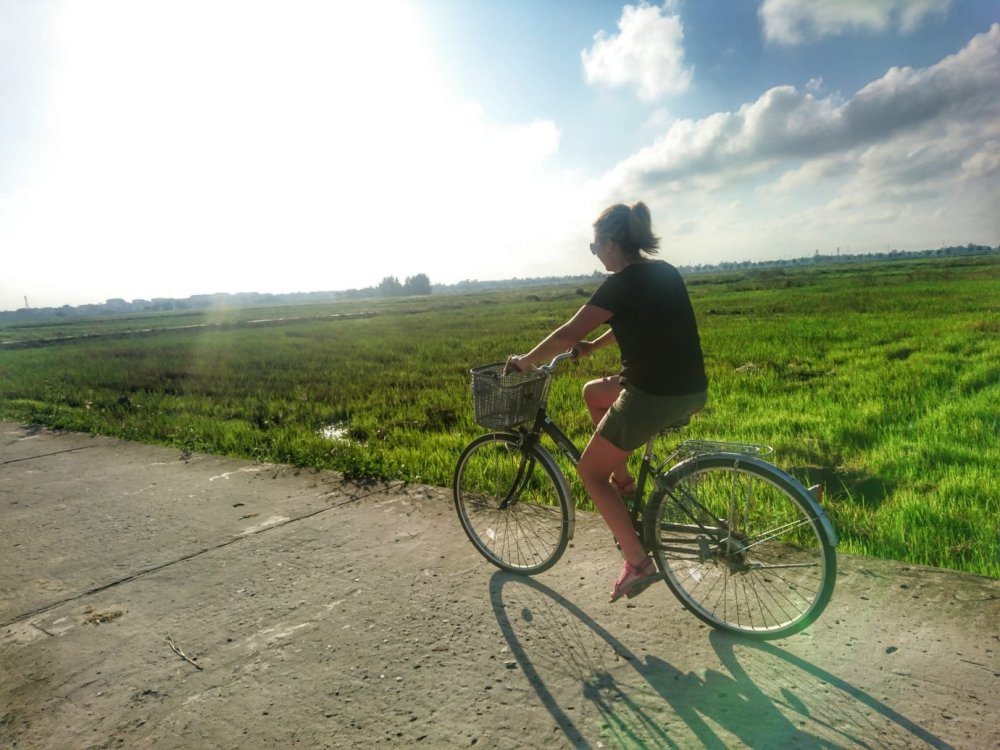 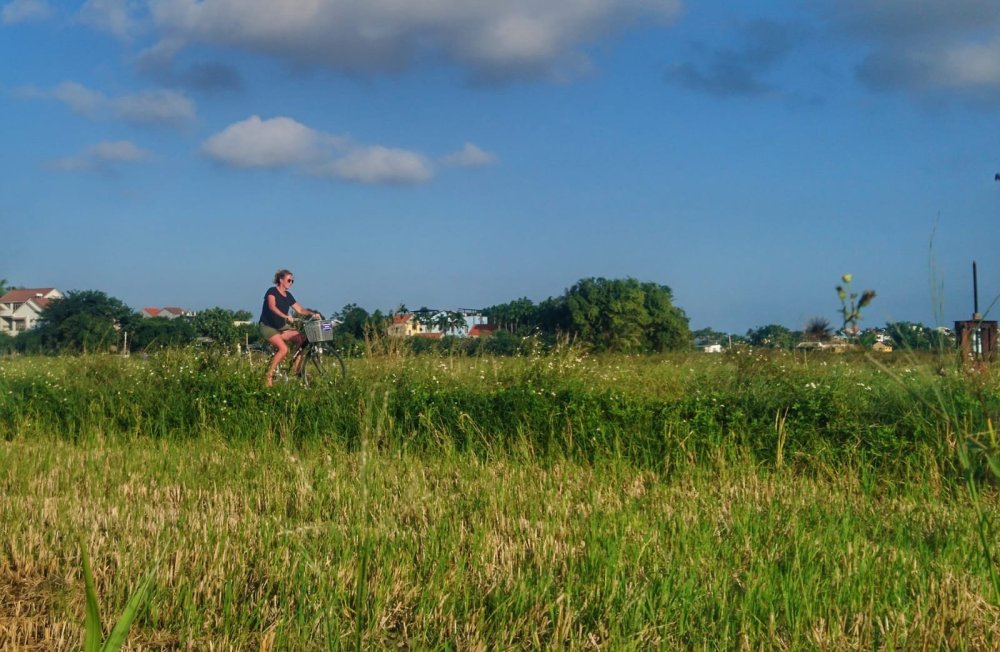 As the evening was setting it was time to head back down to Hoi An town. 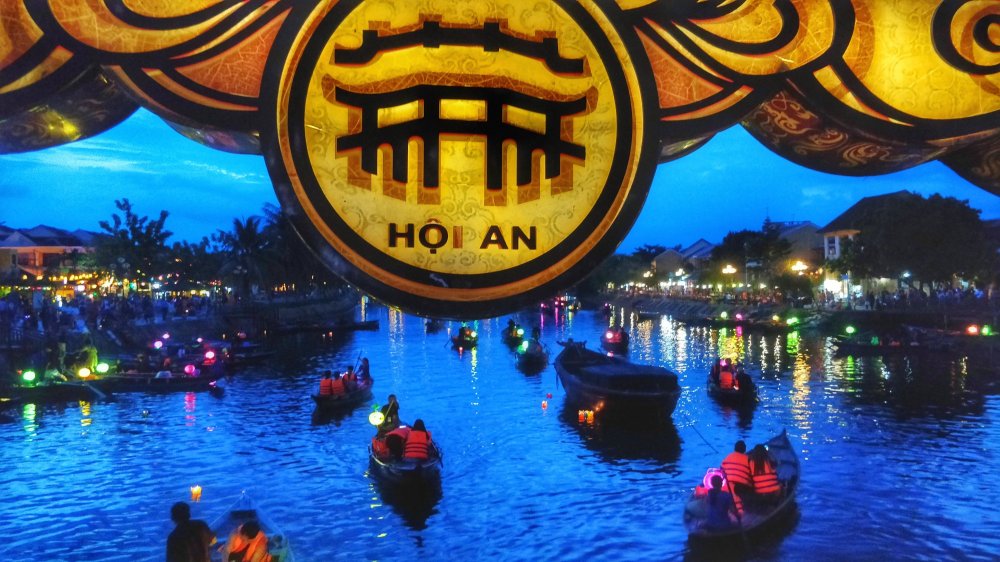 With its lantern-lit streets, colourful buildings and charming boutique shops, Hoi An is a slice of the exotic oriental that Westerners dream of discovering.

The old town is pedestrianised at night and without the influx of noisy scooters, the whole place feels extremely relaxed – well apart from the hoards of tourists and I mean hoards!! Hoi An has exploded on the tourist scene over recent years! 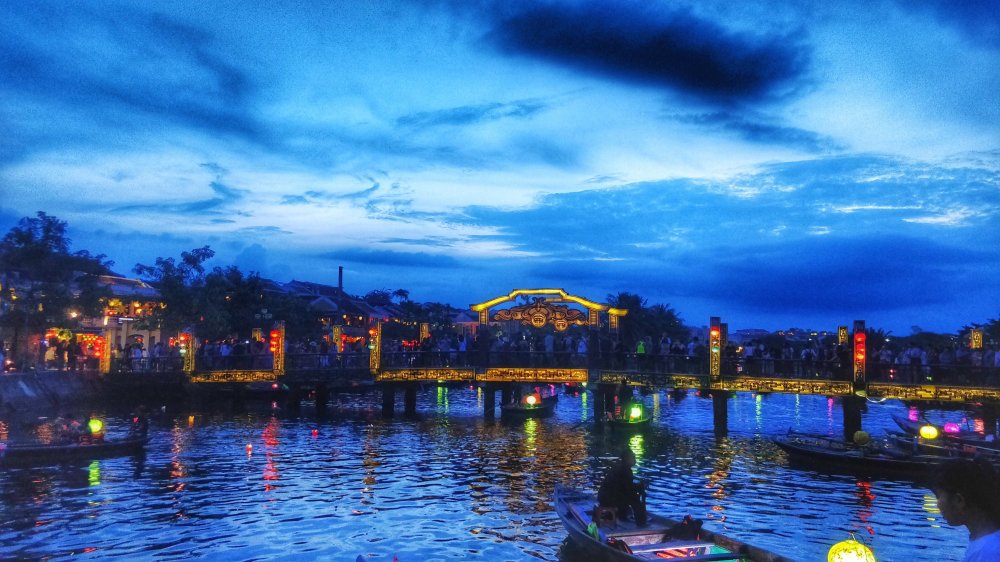 From the River Thu Bon you can take a boat ride and put a flower lantern down on the water.

This activity appears to be the favourite thing to do in Hoi An.

Little girls and old women hold baskets full of flower lanterns along the street. You can chose to hold the lanterns and go near to the riverbank to put them down on the river or pay to sit on a small boat usually paddled by one of the local women which takes you a short distance along the river. After releasing the lantern you make a wish.

We visited the Japanese Covered Bridge an iconic site dating back to the 18th century.

This sure is a city that comes alive at night and we get to see how the people in Vietnam like to party!