We gave ourselves completely to the hunt of the Northern Lights as we drove through the Icelandic Countryside. We wanted to witness the elusive aurora borealis, it’s been a life-long dream. I wanted to experience the dancing, colourful lights in the sky and share that special moment….but after hours we gave up…it wasn’t meant to be I told myself.

After reaching the ‘cowshed’ I called home I was gutted…im not going to lie. After about an hour we went outside to check out the sky…and low and behold…the lights were dancing above us, above the mountain giving us our own private show…someone had answered my call.

I’m not going to lie, it was not a full all singing all dancing show but it was a show. She showed us her blue and green lights and I secretly thanked her.

She wasn’t strong in colour but it was enough, it was overwhelming actually to witness another natural wonder, I felt privalaged and will never forget the magical Icelandic winter night…I had witnessed the captivating ‘flames’ of the Aurora Borealis.

So after a pretty sleepless night, my head was busy all night going over everything I had witnessed previously, a new day was dawning.

The country is also one of the most active volcanic regions in the world, with eruptions occuring every 3-4 years on average.

The landscape is mind-blowing along this Southern ring road.

Up high the landscape is endlessly white, down below it’s covered in black volcanic ash on flat empty land which goes on for miles.

Our first stop of the day is Jokulsarlon Glacier Lagoon. This extremely picturesque glacial lagoon is situated at the southern edge of the Vatnajokull glacier and is regarded as one of Iceland’s greatest natural wonders.

As we visited huge chunks of ice had calved of the glacier, making their way to the sea via the glacier lagoon and out through a short waterway into the Atlantic Ocean. 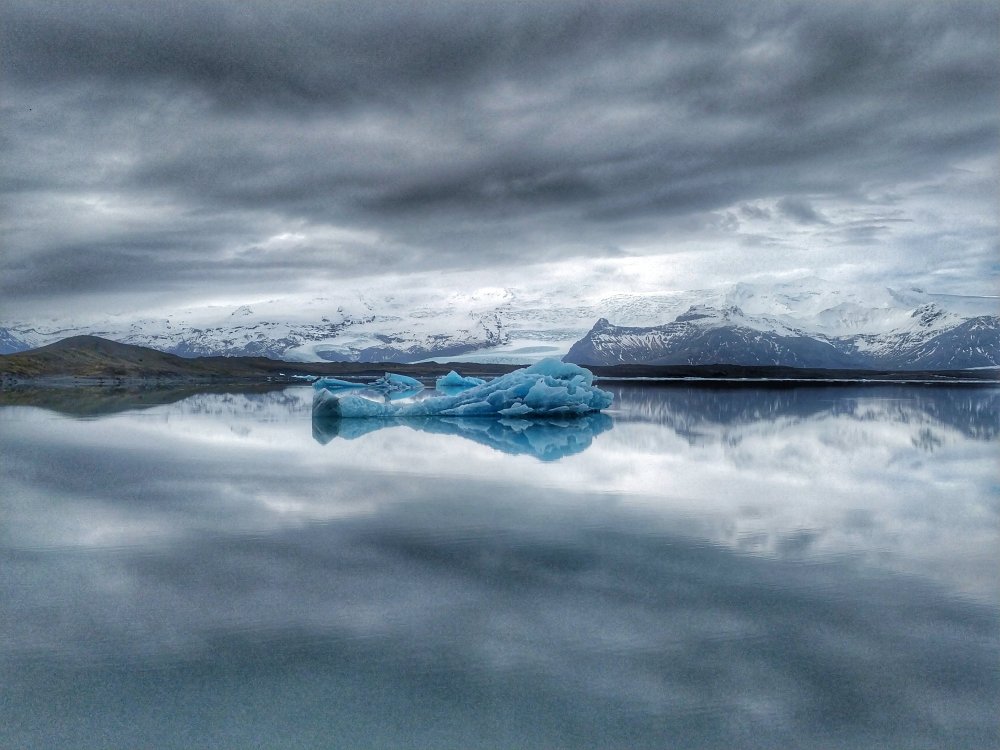 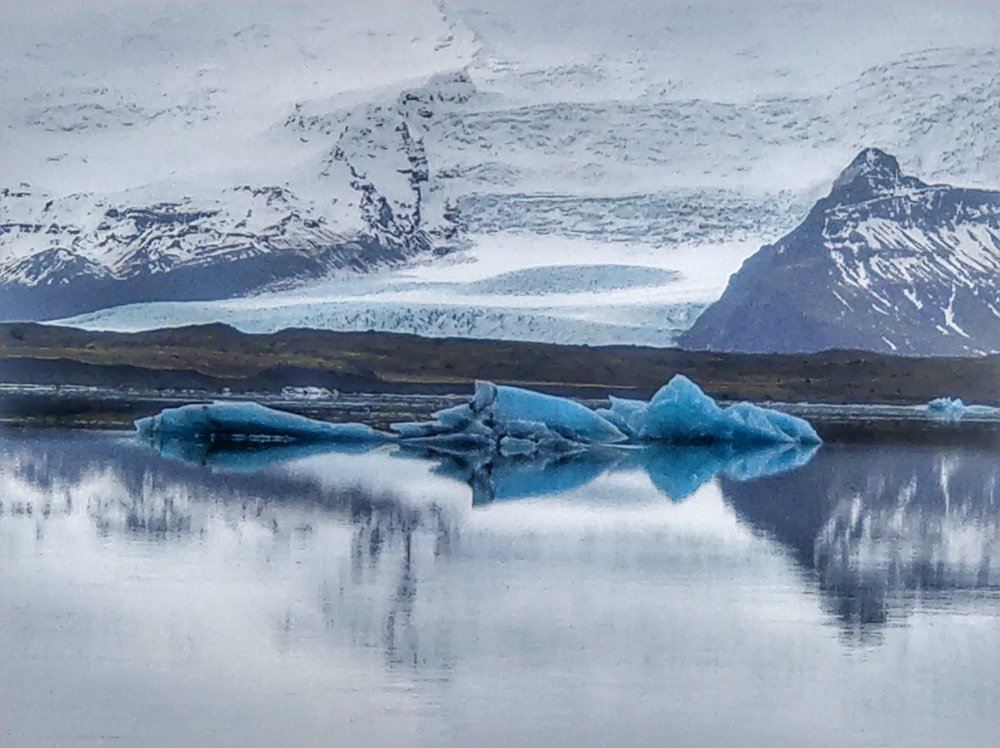 The view from the shore was unforgettable. Part of me enjoyed the slow and stunning drift of azure icebergs out to sea. 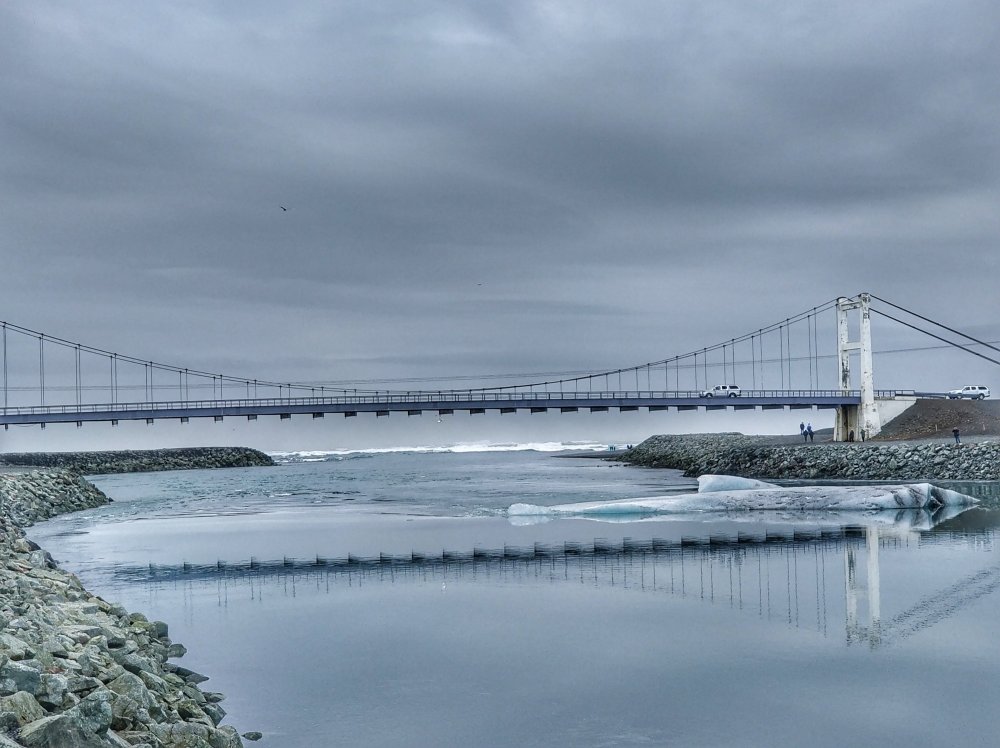 The other part of me felt sad. 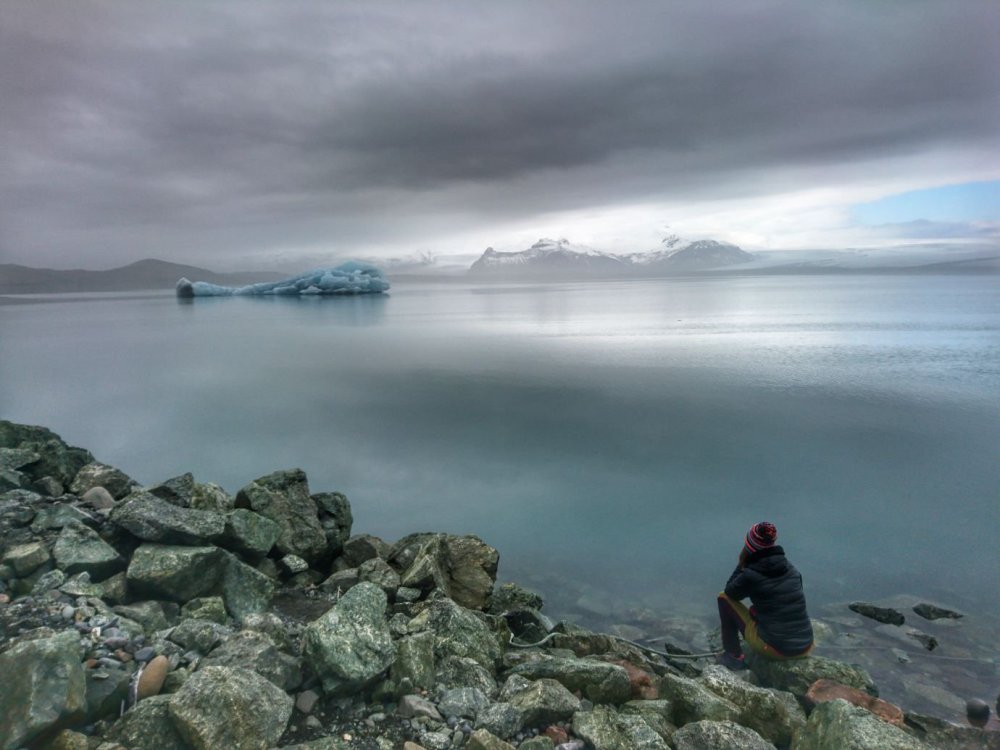 These glaciers are receeding rapidly, this glacier melting has accelerated more-so in the last 10 years. Significant changes are going on and climate change is affecting these glorious glaciers.

Glaciers are one of the world’s most awe-inspiring naturally-occurring structures I have ever witnessed.

We crossed over to the Diamond Beach to see more of the icebergs washed up on the black sand beach, slowly melting back into the sea. 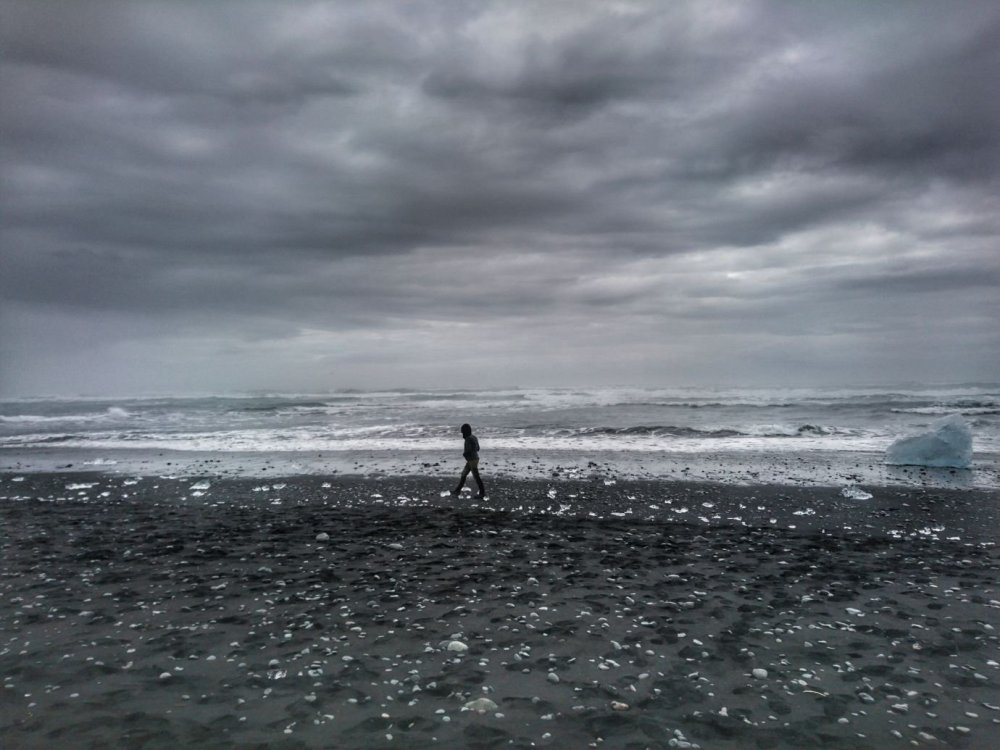 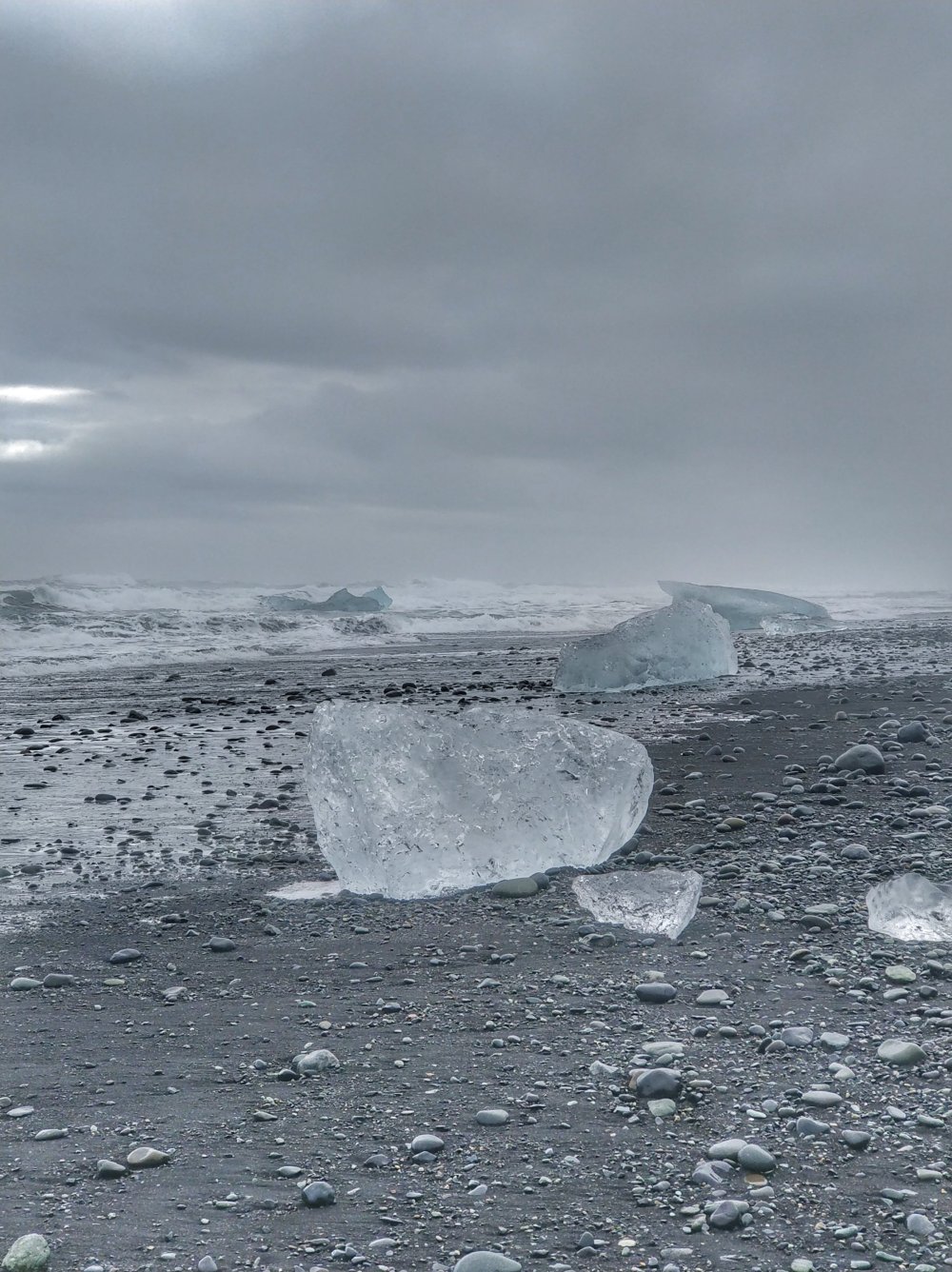 From here we travelled to Fjallsarlon which is an iceberg lagoon.

The glacier Fjallsjokull which is part of the bigger Vatnajokull glacier reaches down to the water of the lake with some icebergs drifting by.

Above looms the famous volcano Oreafajokull.

The surroundings are breathtaking.

Next we headed to Svinafellsjokull Glacier to get up close and personal. 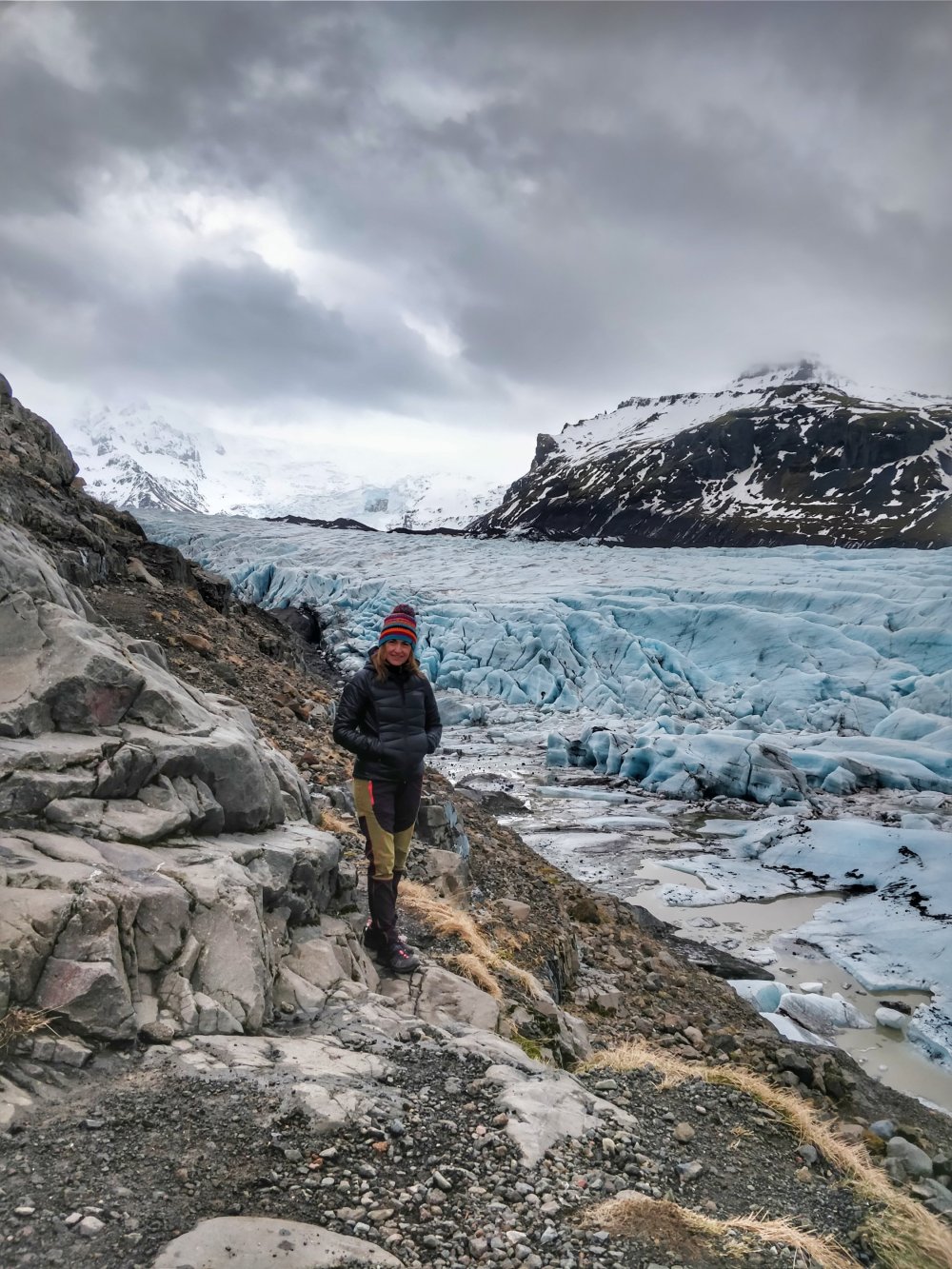 We were so close to this glacier that you could see the hundreds of cracks and stacks of endless formation. What a fascinating and compelling look. You could even here it cracking and creaking.

After our glacier tour we headed towards Skaftafell for a short hike to see the famous Svartifoss Waterfall which is surrounded by dark lava columns. 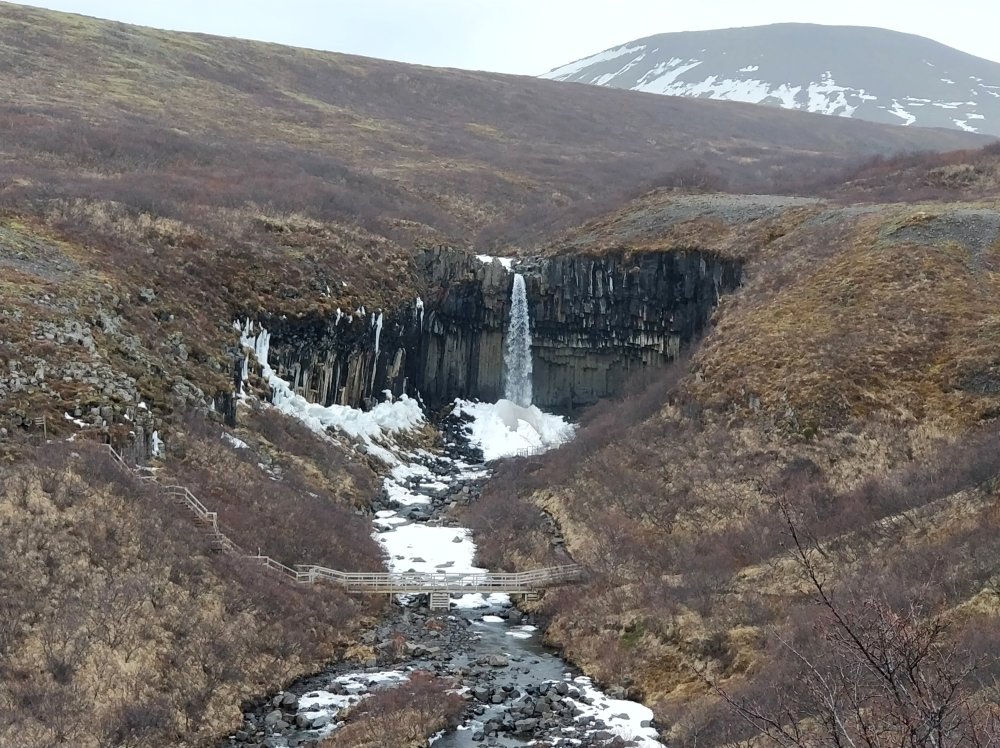 So after another full on day the clouds begin to roll in and the chances tonight of seeing the Northern Lights are pretty non- existing!!

So tonights activity is Elf hunting!!