The Edinburgh Fringe is the largest arts festival in the world, which takes place in the Scottish capital every summer. 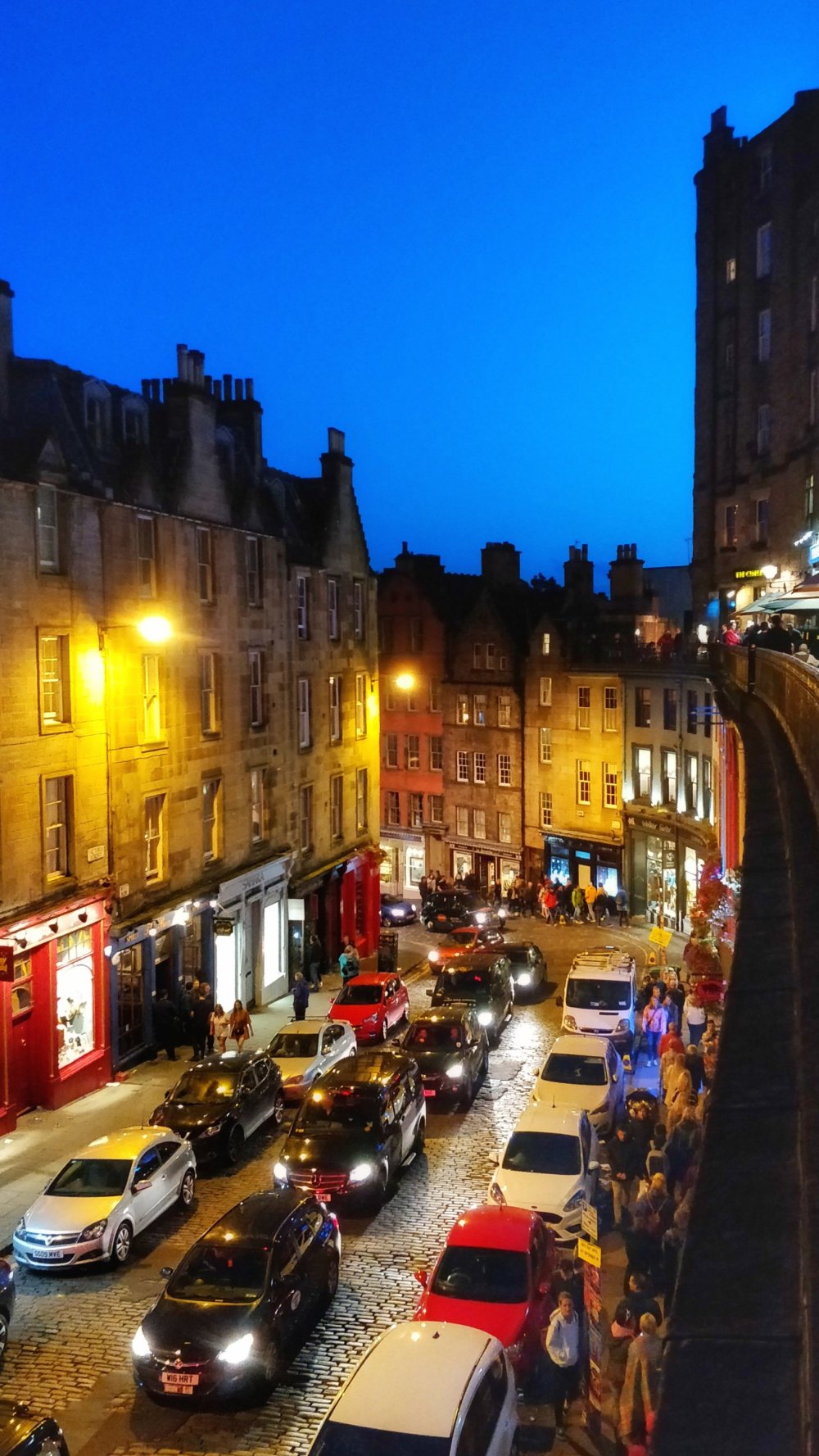 Scotland’s capital comes to life as it welcomes an explosion of creative energy from around the globe with show stopping shows from some of the worlds best performers in comedy, music, theatre and dance – its not to be missed. 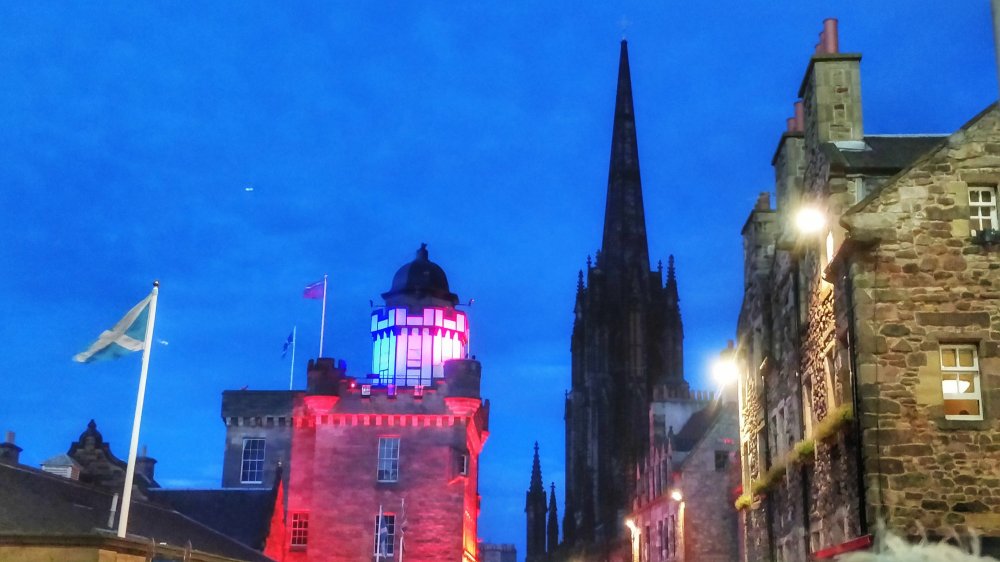 I love coming to Edinburgh during The Fringe, mostly just wandering and watching some of the street performers simply taking in the atmosphere. 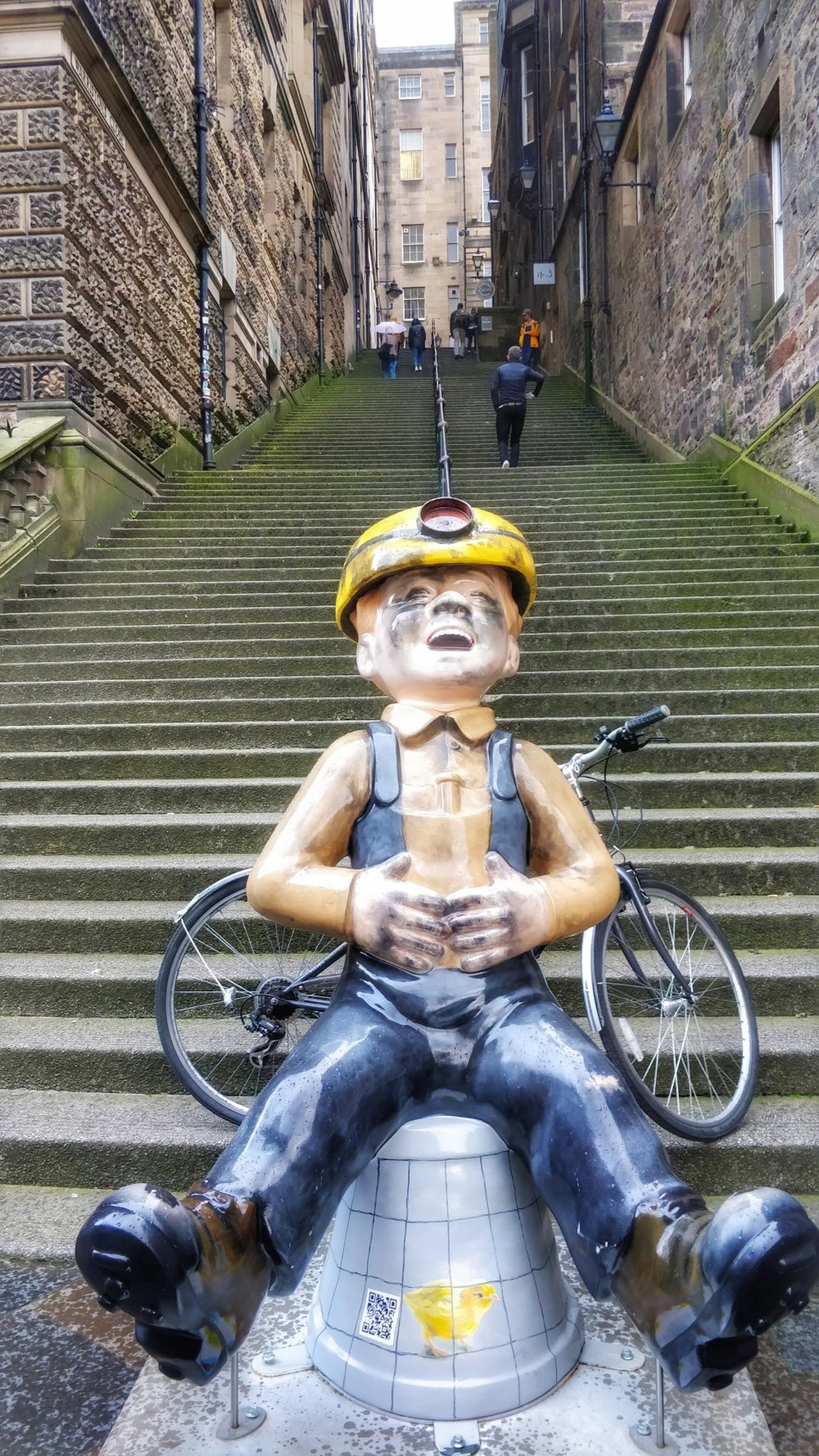 This weekend however I had tickets for the Edinburgh Tattoo and also an Irish Comedian who we had seen here at the Fringe previously. 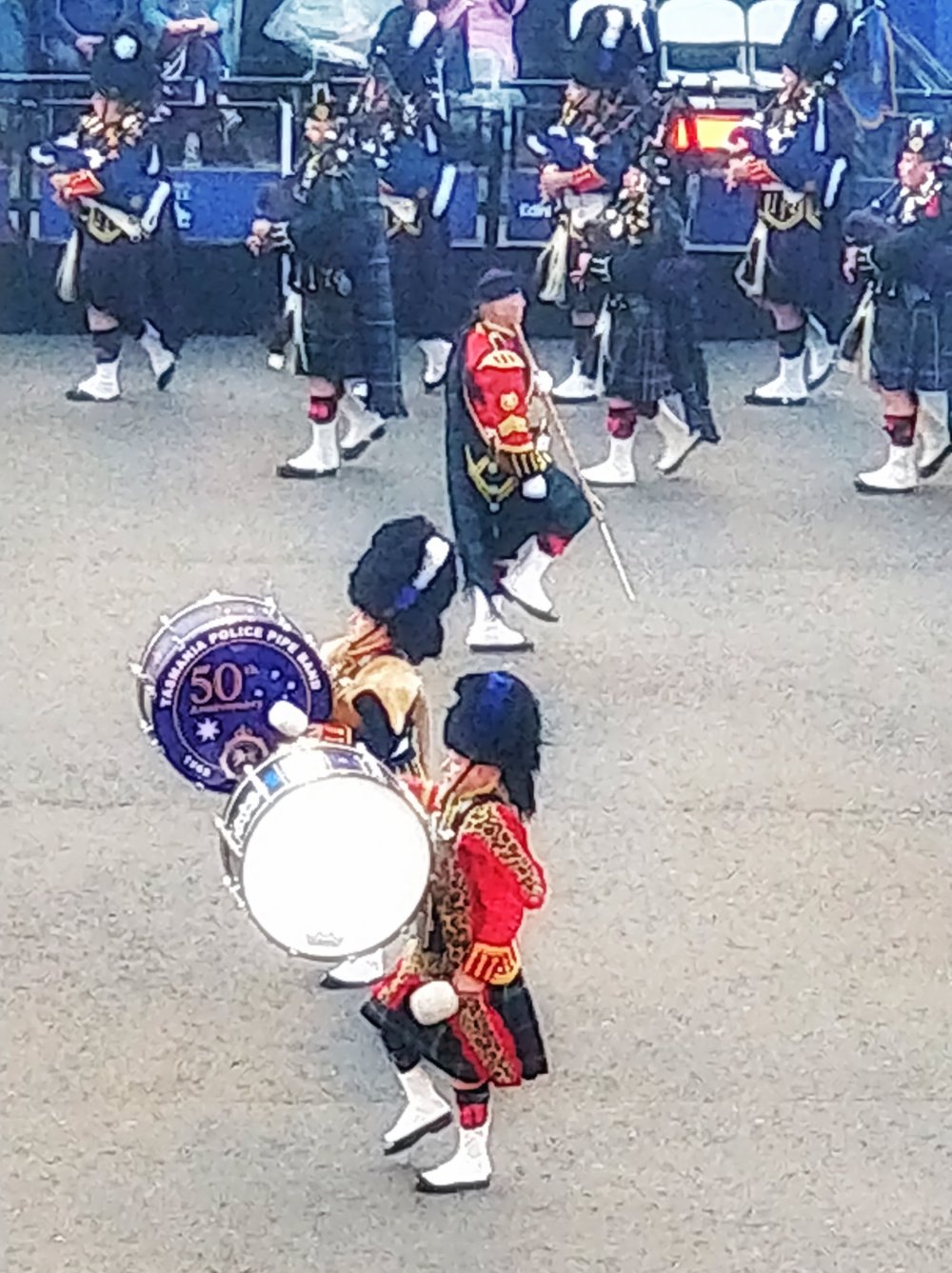 So The Edinburgh Tattoo is the biggest event during the Edinburgh Festival. The word “Tattoo” is derived from “Doe den tap toe”, or just “tap toe” (“toe” is pronounced “too”), the Dutch for ‘last orders’. Translated literally, it means “close the (beer) tap”.

The Royal Edinburgh Military Tattoo is an annual series of military performances by British Armed Forces, Commonwealth and international military bands, and artistic performance teams on the esplanade of Edinburgh Castle.

This years 2019 Edinburgh Tattoo has been given the grand title of ‘Kaleidoscope’ and is described as ‘A Celebration Of Glorious Symmetries, An Experience for The Senses’. 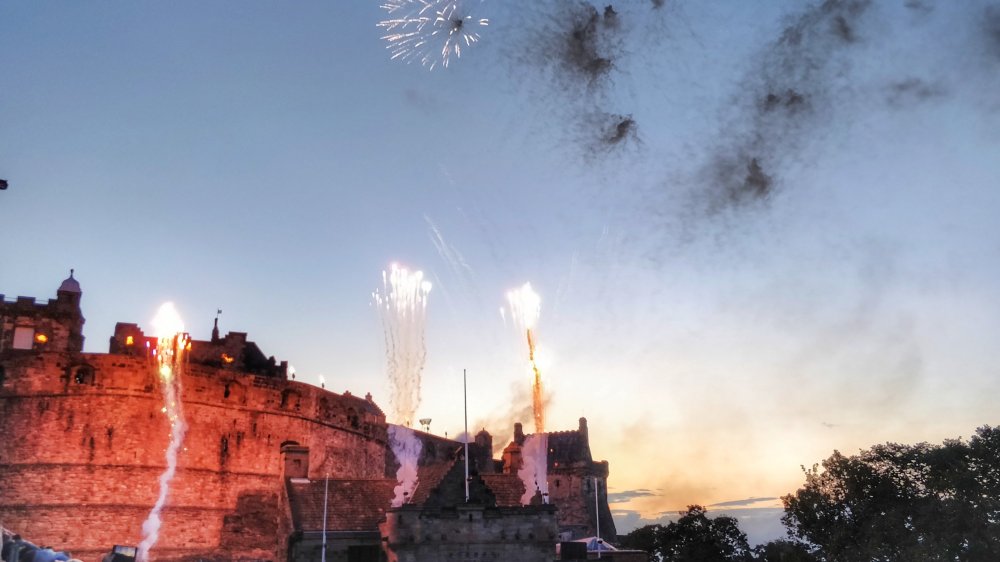 The bands perform to us, their live audience, as we sit in a purpose built stadium in the captivating setting of Edinburgh Castle’s Esplanade.

We have an epic mix of military action, Scottish traditional dance and music, Massed Pipes and Drums and fireworks. 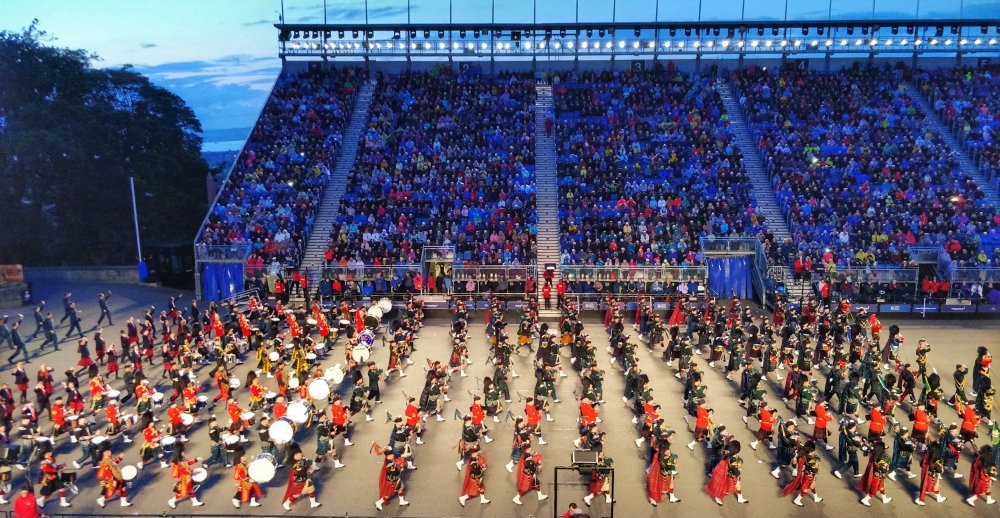 The Lone Piper, one of the most iconic figures in the Edinburgh tattoo rounded of our night. His performance marked the end of the show as he stood from atop Edinburgh Castles ramparts and played a lament. The lights dropped and the Lone piper stood floodlit as he played the final tune. I must admit it brought a lump to my throat and it was a serious goosebump moment – truly spectacular.

For me this was the jewel in the crown, the icing on the cake, a performance never to be forgotten.

It was truly a magical experience from start to finish. The colours, sights and sounds of the bagpipes and the booming of the drums….I felt proud to be Scottish! 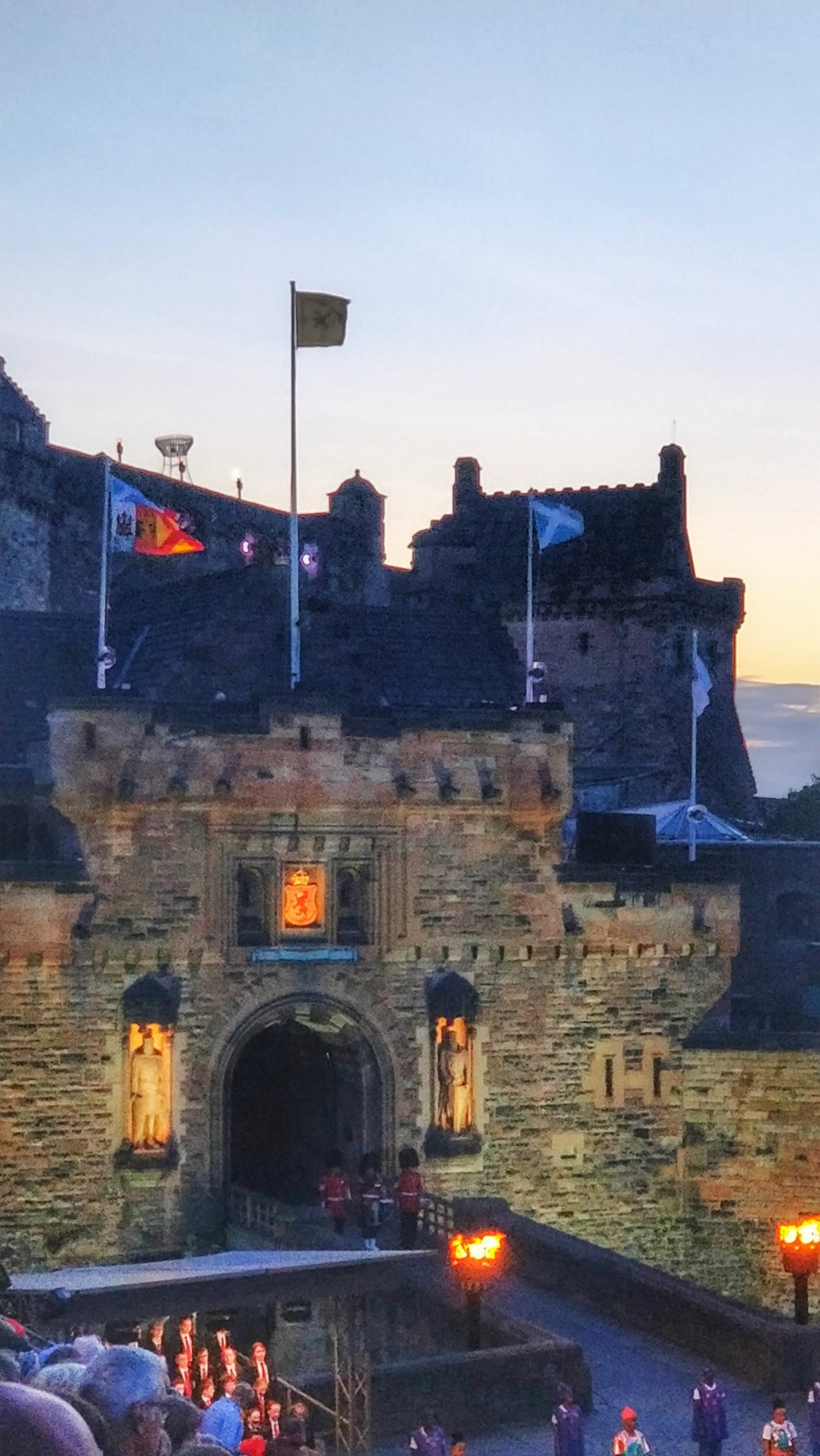