Today we were off to visit Parador La Leona. This sits along Patagonia’s Ruta 40, en route from El Calafete to El Chalten which remains the most rural and beautifully breathtaking terrain on earth.

It was here in 1877 that Francisco Moreno (remember that renowned Argentian scientist and explorer) was attacked badly and injured by a female puma (“Leona” in Patagonian slang) as a result, the river was named “La Leona”.

In 1894 the National Government at that time ordered the construction of a raft that allowed the settlers, as well as their animals and merchandise to travel between the Pacific and Atlantic Coast…today a bridge sits here.

Around the same time a family of Danish Immigrants started the construction of the roadhouse and country lodge, La Leona.

It has been told that in 1905, three “gringo’s” stayed here for several days then continued on a voyage with an unknown destination.

Shortly after these three “gringo’s” left La Leona, the police arrived with several posters and the owner recognised their distinguished visitors.

We now know that the three guests were Butch Cassidy, The Sundance Kid and his wife Helen Page who after robbing the Bank of London and Tarapaca in Rio Gallegos made a “technical stop” at La Leona before continuing on their fleeing journey.

This structure made from mud and brick is still standing here today. They also built a country bar (saloon) and a general store that functions today as a bar and teahouse of the current roadhouse. 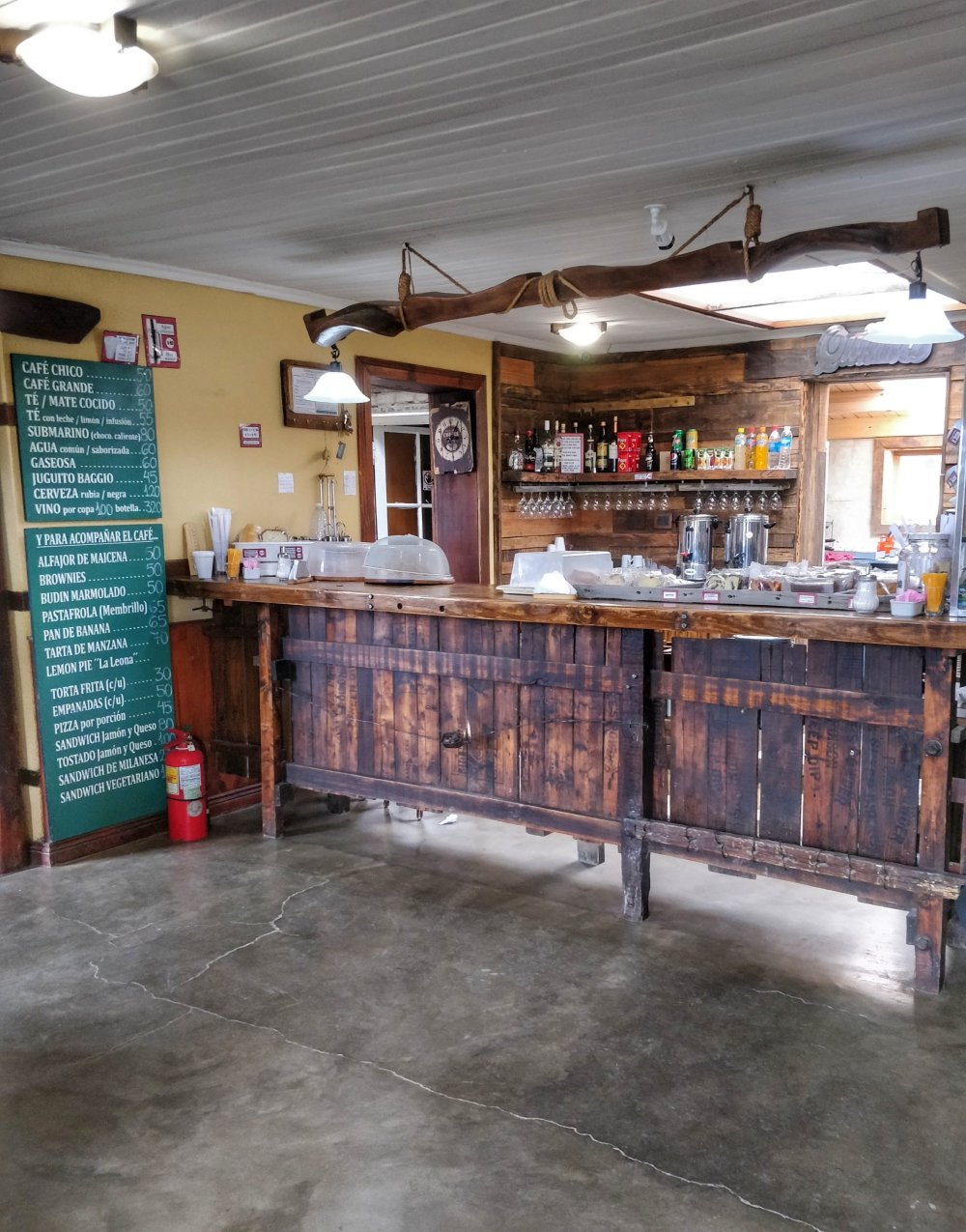 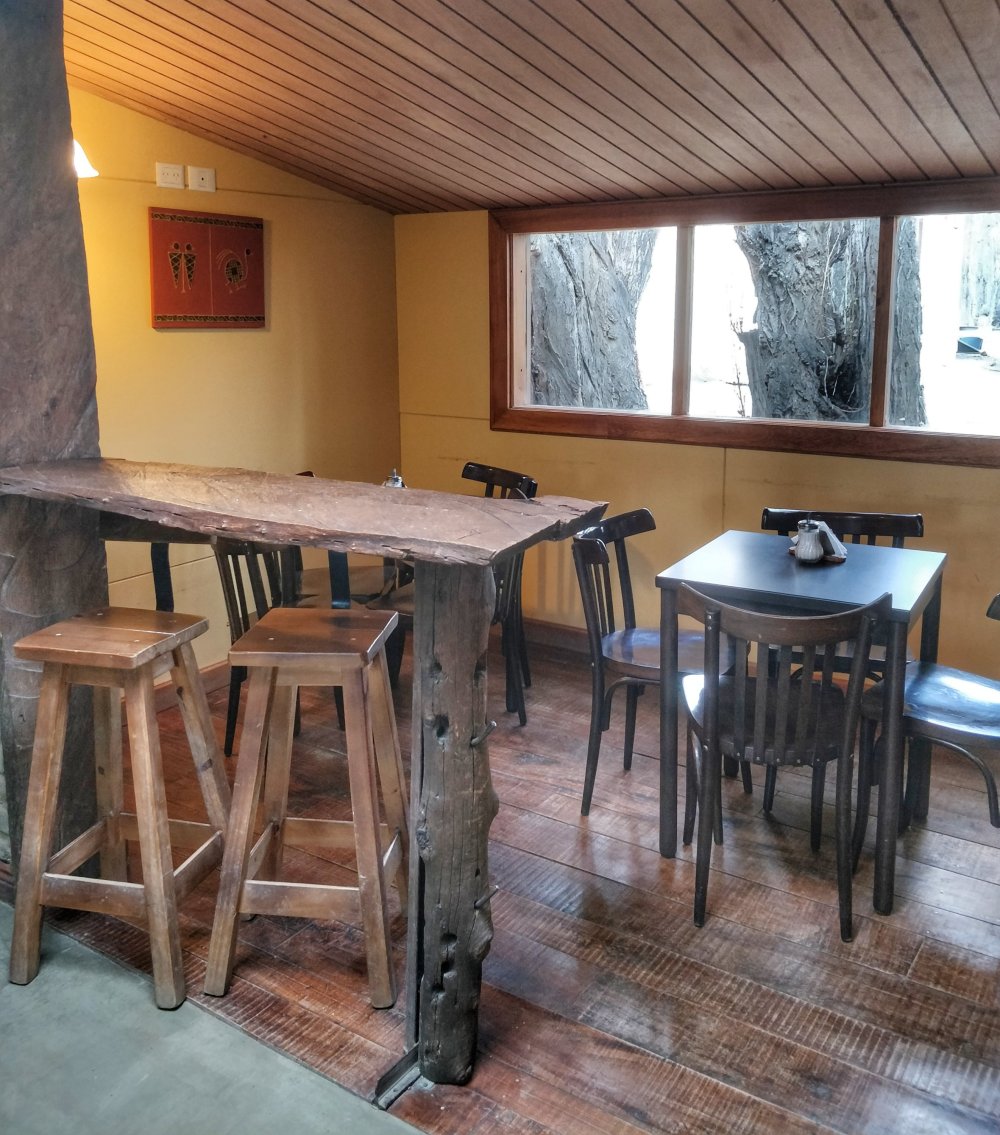 It’s not a coincidence that the fact they chose this region, the similarities between Patagonia and the American far west is really notable. There are large stretches of nothingness, dust, diligence, dark skies and well at least in those days anyway an uncountable possibilities of robbing a bank without being caught because if the size of the territory and police inefficiency. 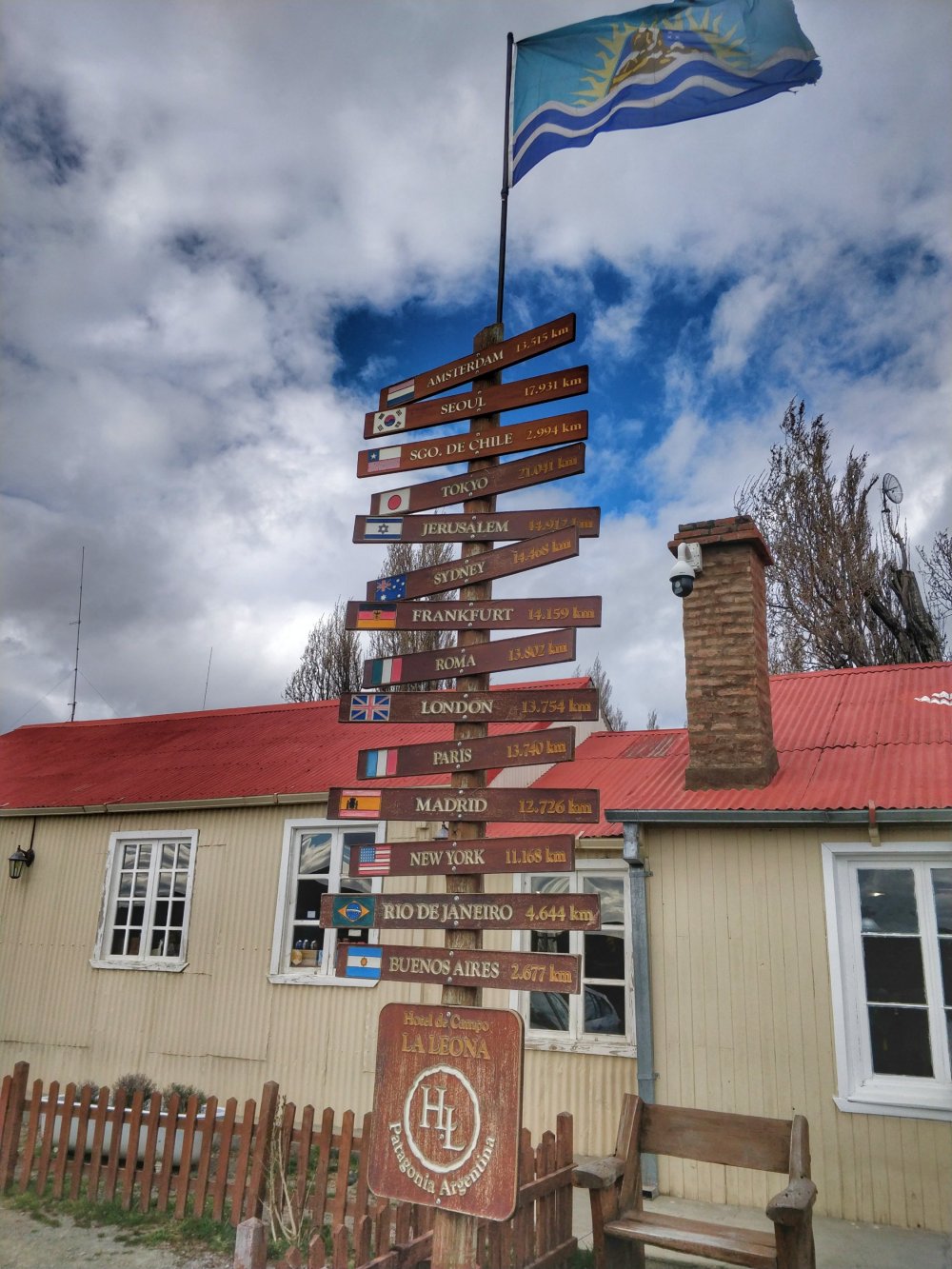 Probably the spirit for adventure had a lot to do in the decision of these bandits. 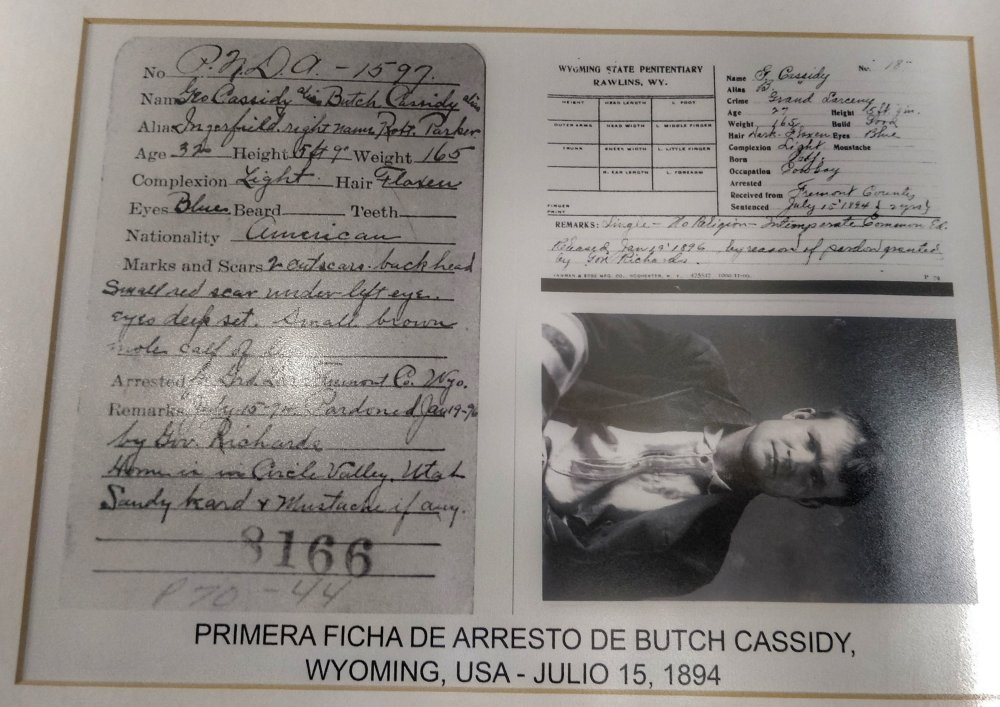 There is not a massive amount to see here but I grew up watching re-runs of Butch Cassidy and The Sundance Kid on TV as Mum, especially Dad loved all things Western, so there was an allure to walking in the footsteps of these famous gangsters.

And the two and a half million dollars has to be hidden somewhere!

Some of the world’s most famous climbers have also stayed in La Leona before embarking on their fearless and also deadly expeditions.

More than a 120 years of history at this roadhouse in Patagonia! 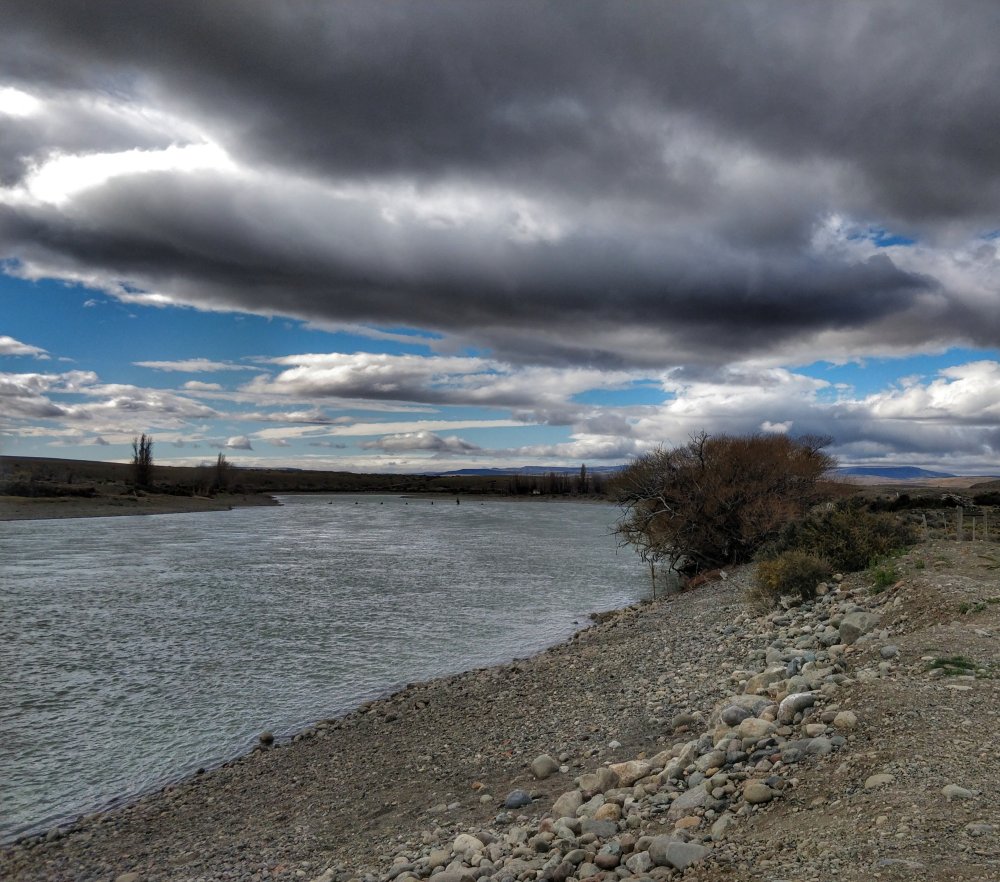 From here we then visited Jaramillo Petrified Forest National Park which is a protected area of petrified forest in northeast of Santa Cruz Province. 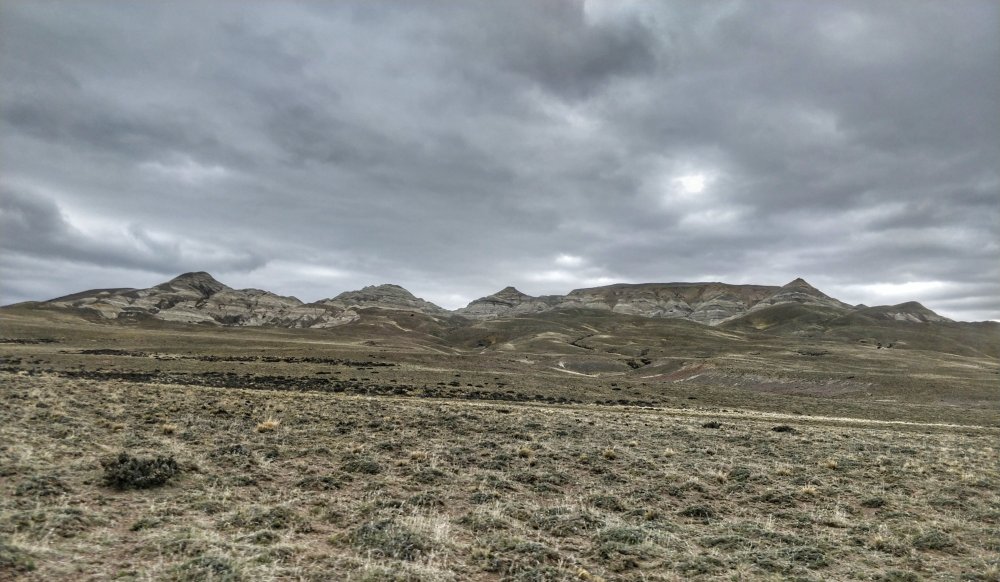 By the end of the Jurassic period an intense volcanic activity and the rise of the Andean Range, together with strong winds loaded with ashes buried these forests causing death of natural life. 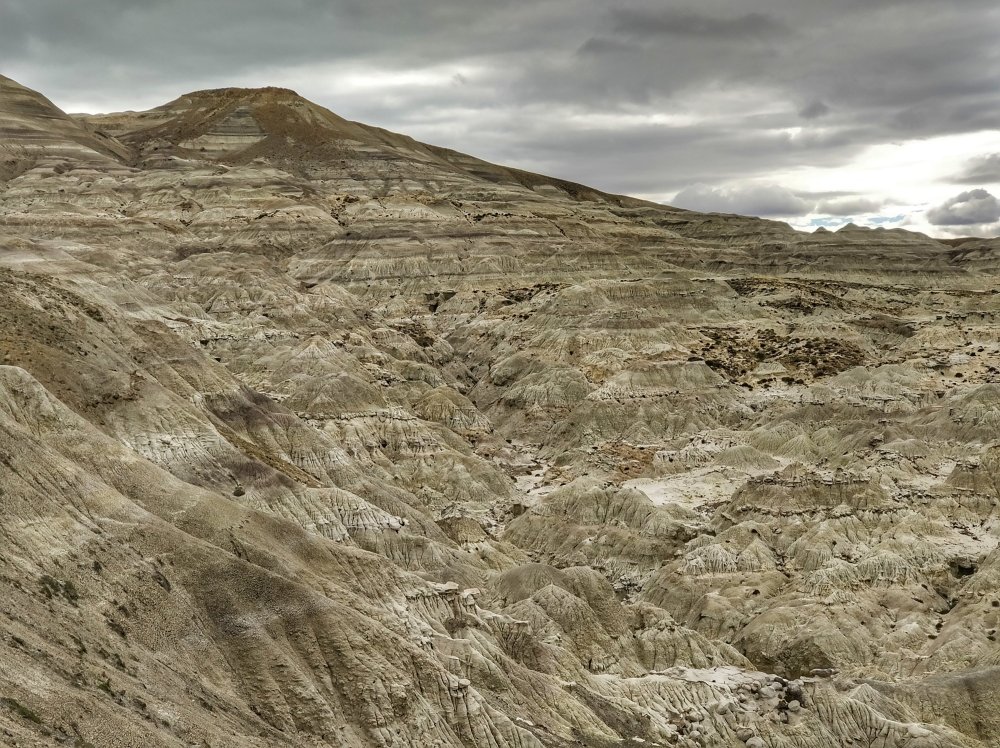 The forest remained buried under the ashes resulting in death of the whole forest but the trees became fossilised.

Nowadays this incredible place is away from any populated area, in the middle of the desert, a dry climate with no water. 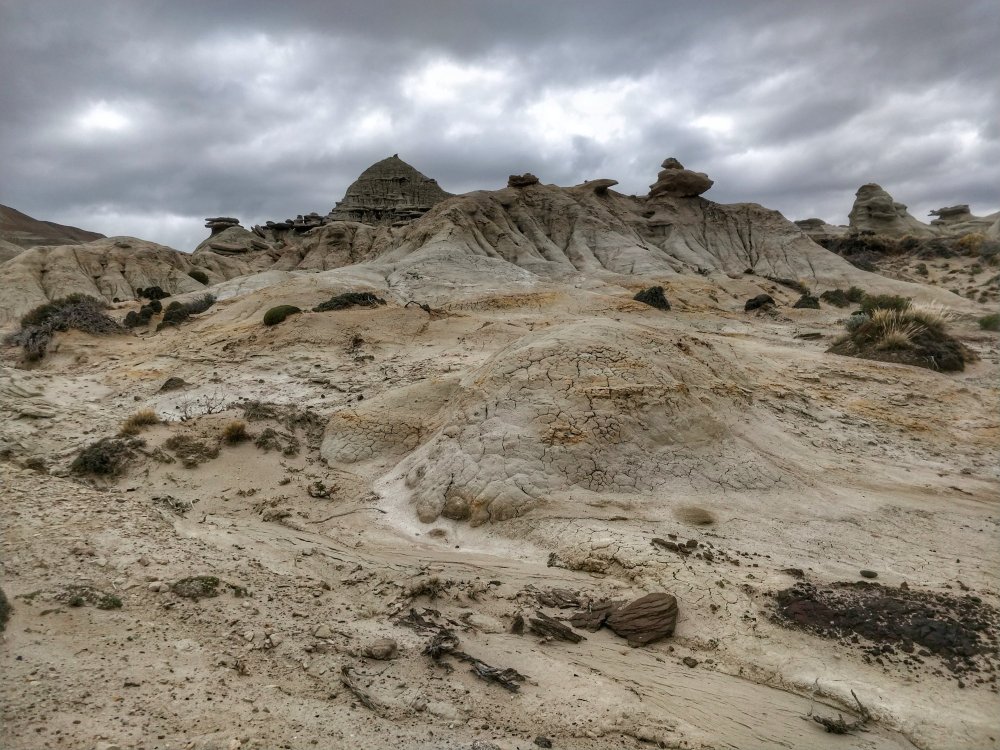 The petrified wood retains the original structure, including growth rings.

Most of the petrified trunks are still buried. 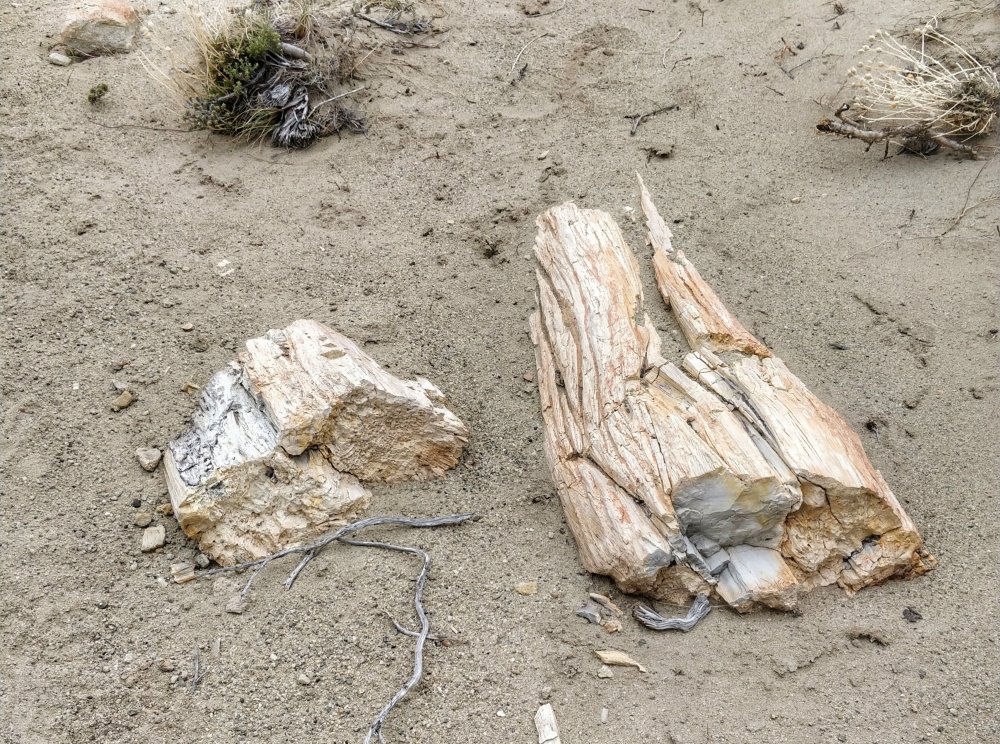 By now I think most people know how much I love trees, alive, growing trees! Here in Patagonia I have saw many alive forests, starting to bud. However I have also saw many dead forests which still retain their beauty.

Here it’s a different kind of forest. These trees have stories to tell and continue to remain beautiful and are evidence of what once was, history, a land before time, telling a story of the extremities they have faced. The trees have turned to stone…a whole forest preserved in stone…touching them was surreal. 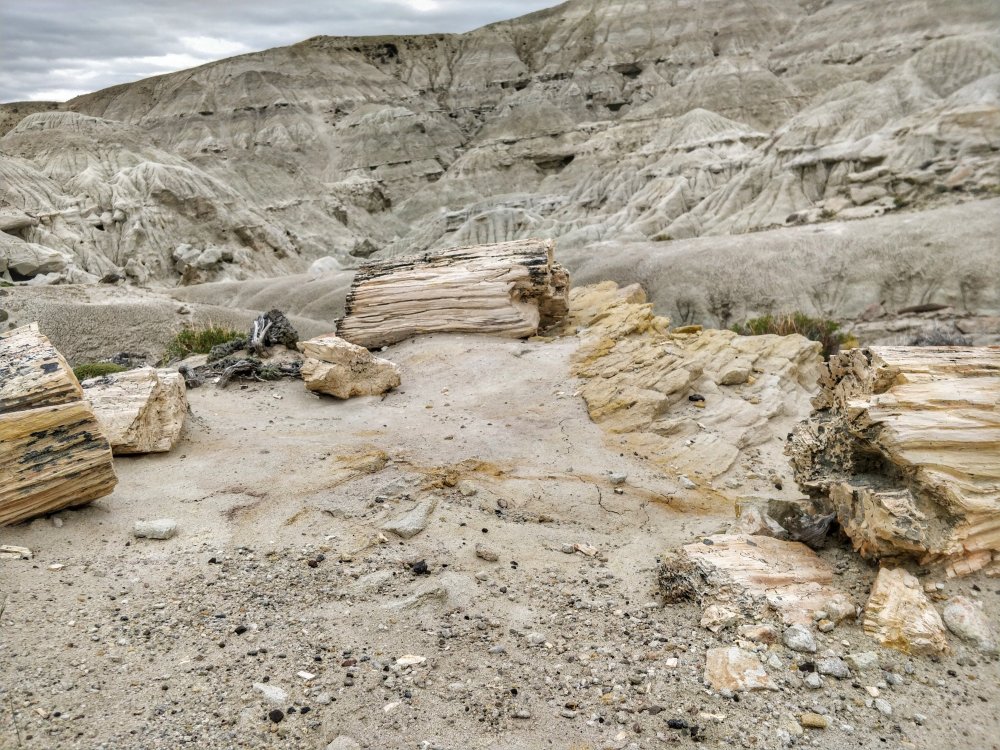 When I read about this forest I knew I had to visit.

It’s an Archeological site, dinasuar bones have been found here, and traps have been set all over the land to protect the site and stop people coming in and stealing from the area. We had to hire a guide who took us around so we could visit the site. 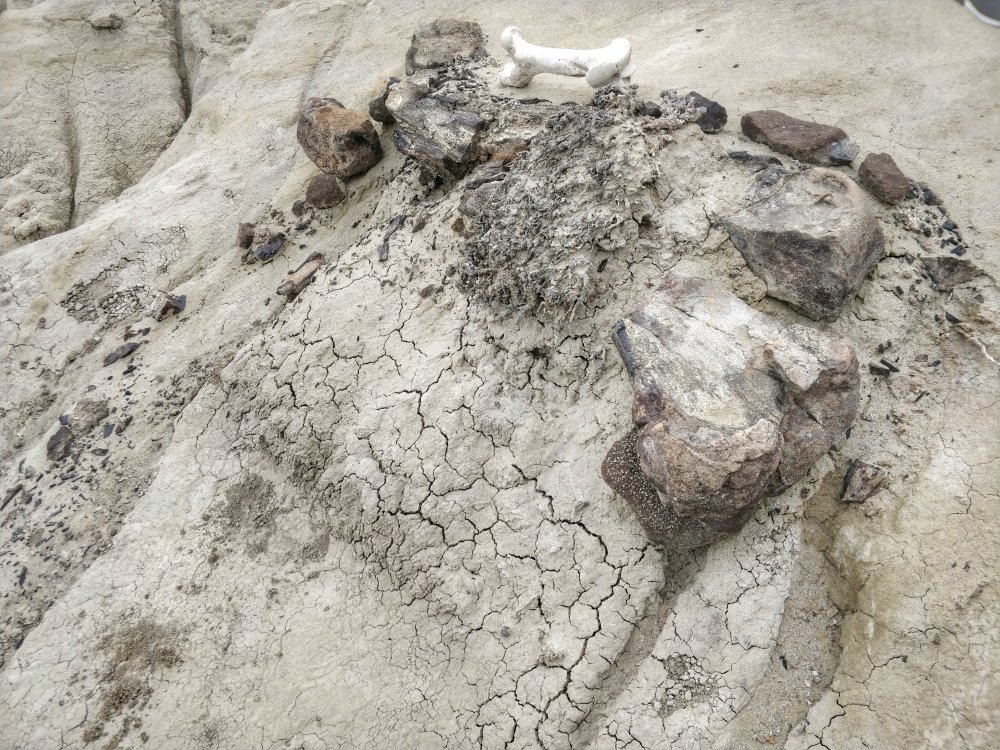 Sometimes there are no words so I will let the pictures speak for themselves…but it was an amazing place, again pictures not capturing the landscape! 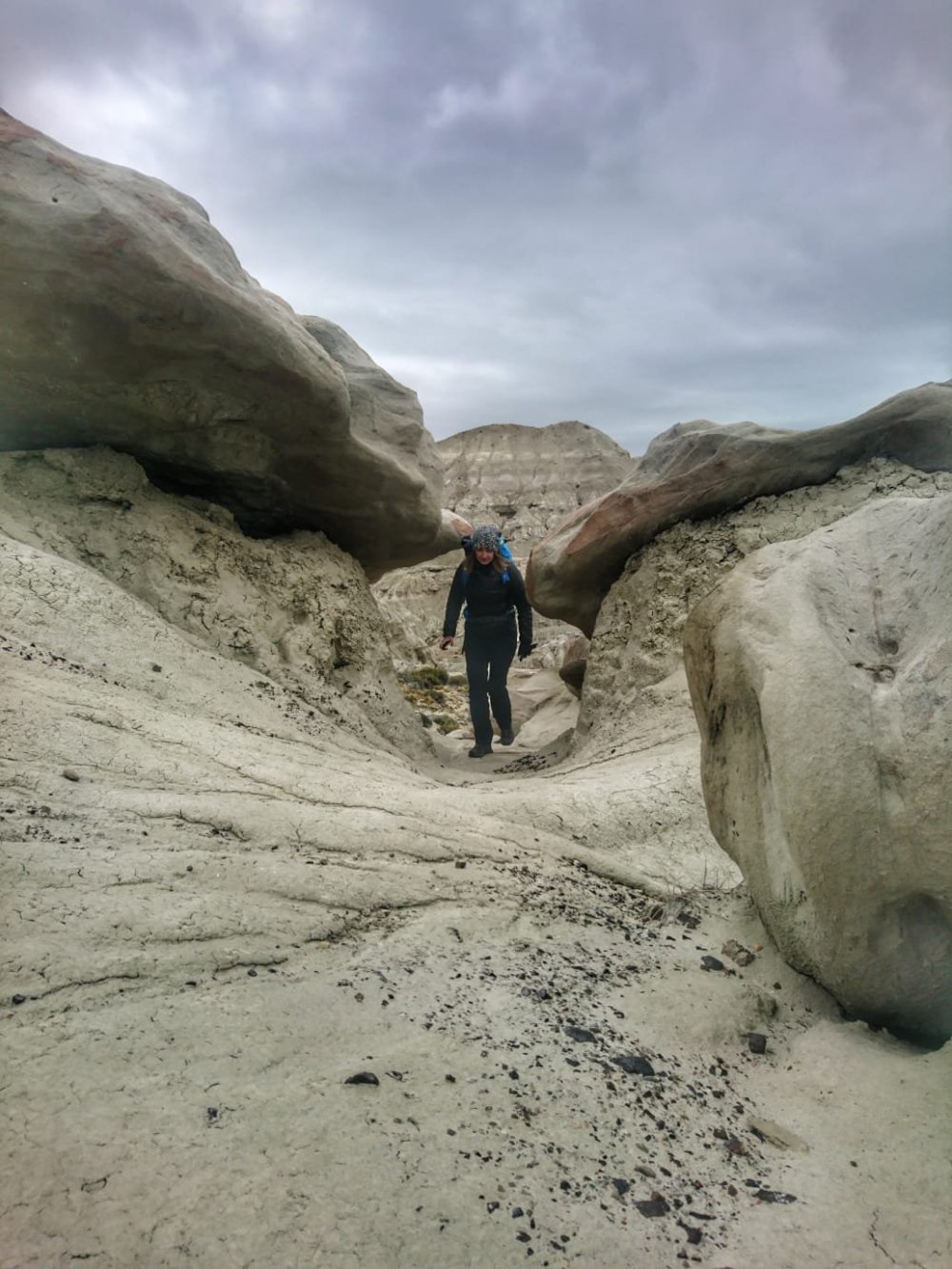 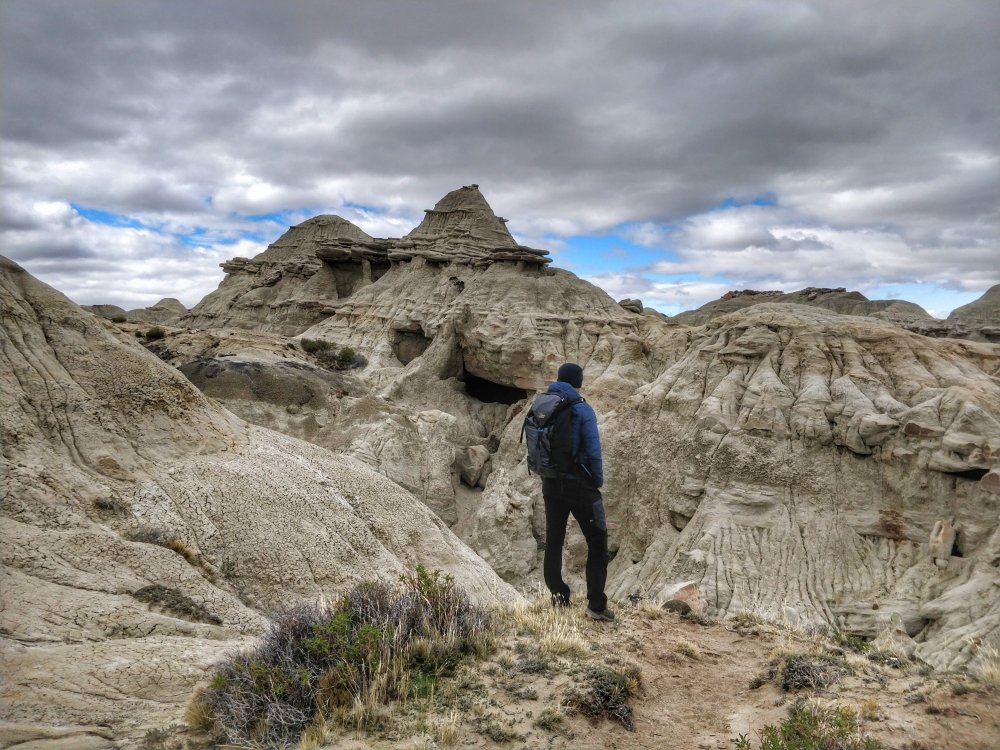 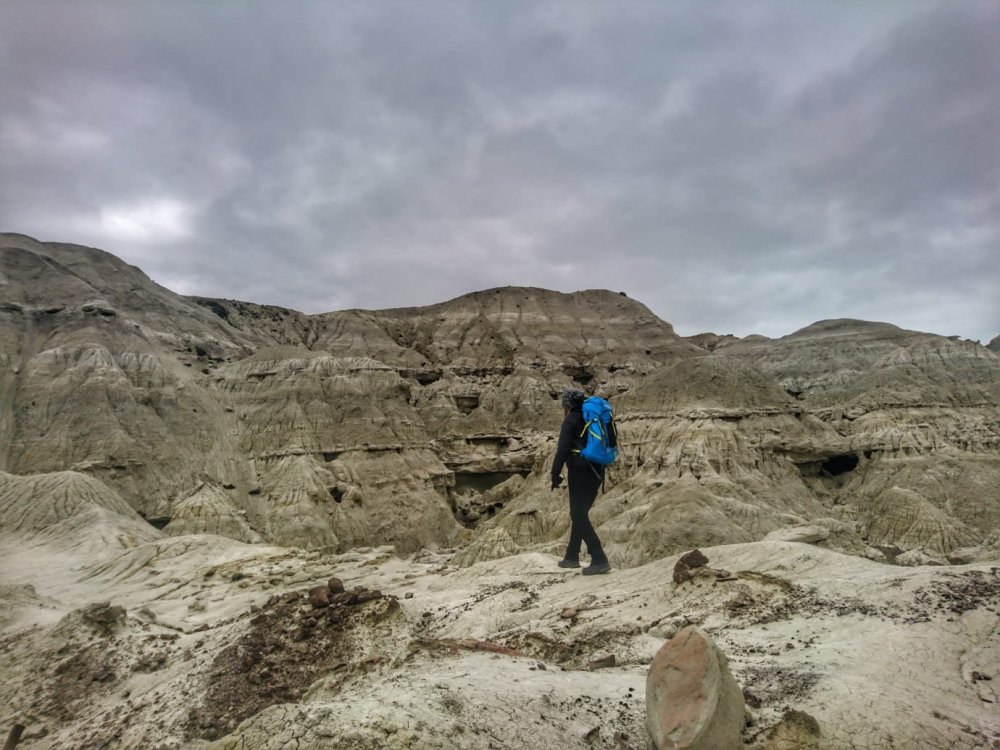 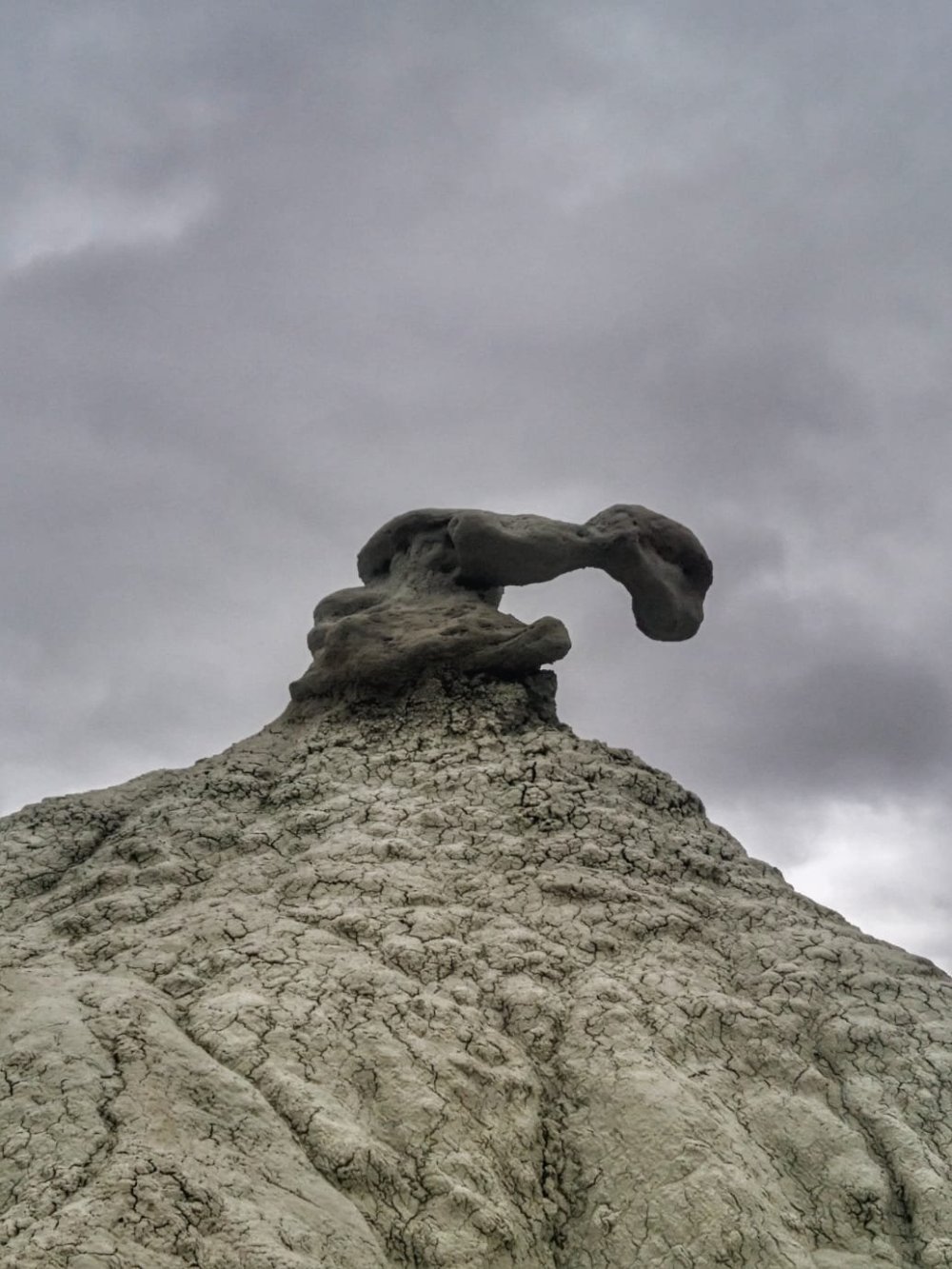 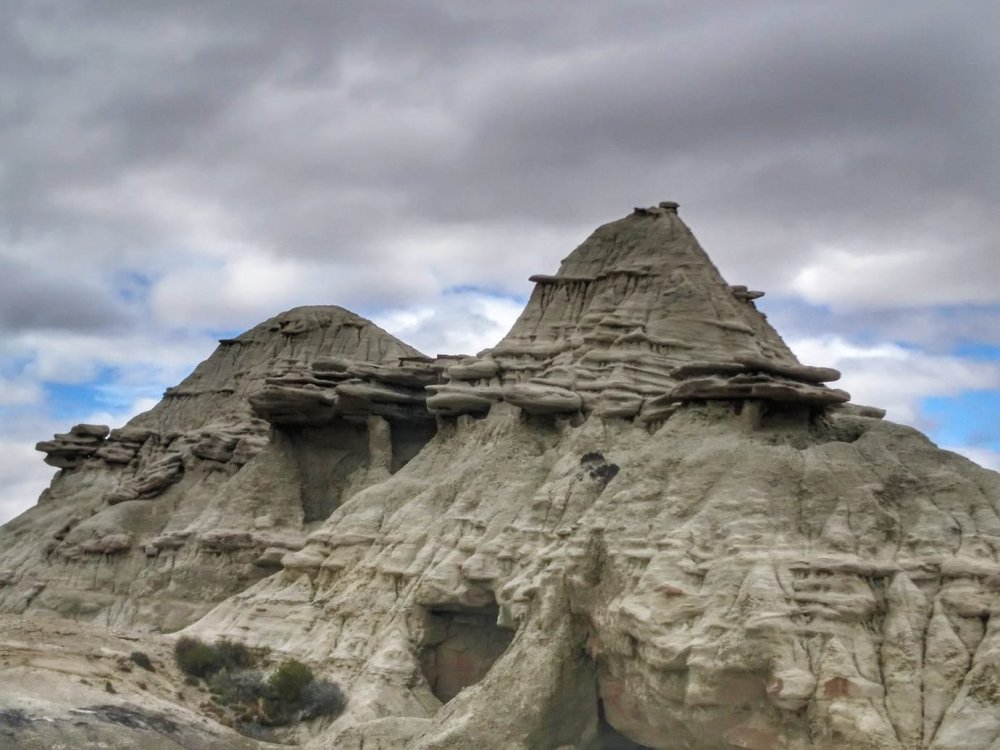