Last week saw us undertake Norman’s Law, the final eastern summit of the Ochils, today we chose Bengengie Hill on the west side. We were going to do a circular today which I always like. This walk takes you to the quieter summits of the Ochils.

We drove to Alva a small town in Clackmannashire situated immediately to the south of the Ochil Hills. 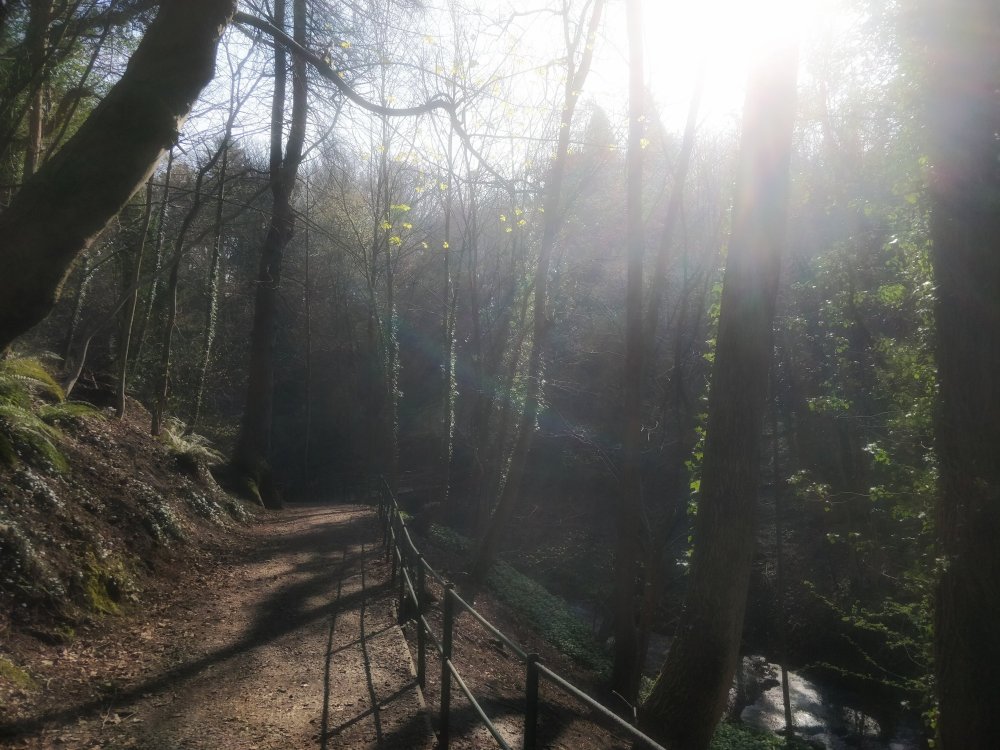 This was where we spent many a day as kids hiking up and down these hills.

The Ochils here in Alva are a set of very steep hills which appear to go straight up and down…accessing the top of some of them takes a bit of time as you have to head up long glens to find an ‘easy’ ascent where climbing them can actually be achieved as they are so steep.

I remember as a kid going up some of them with my family. Dad deciding we would do a steep section covered in scree…very appropriate with health and safety completely going out the window… I sometimes wonder did my mum actually know what we were up to when he said “were going out for a walk”. I remember him helping us over difficult sections and saying ‘stay there’ till he went back and helped the other across, then the other!!! I can’t remember if at that point feeling scared or feeling like a dare devil and loving every minute…probably the latter at 7 years old I guess!

We followed the path up through Alva Glen, a steep-sided cleft scored in the front of the Ochils range, following the Alva Burn .

Alva Glen is a spectacular gorge, dramatic and scenic filled with a series of at least five waterfalls.

The walk up is pretty stunning and makes you feel like you are miles from anywhere in the middle of no-where. 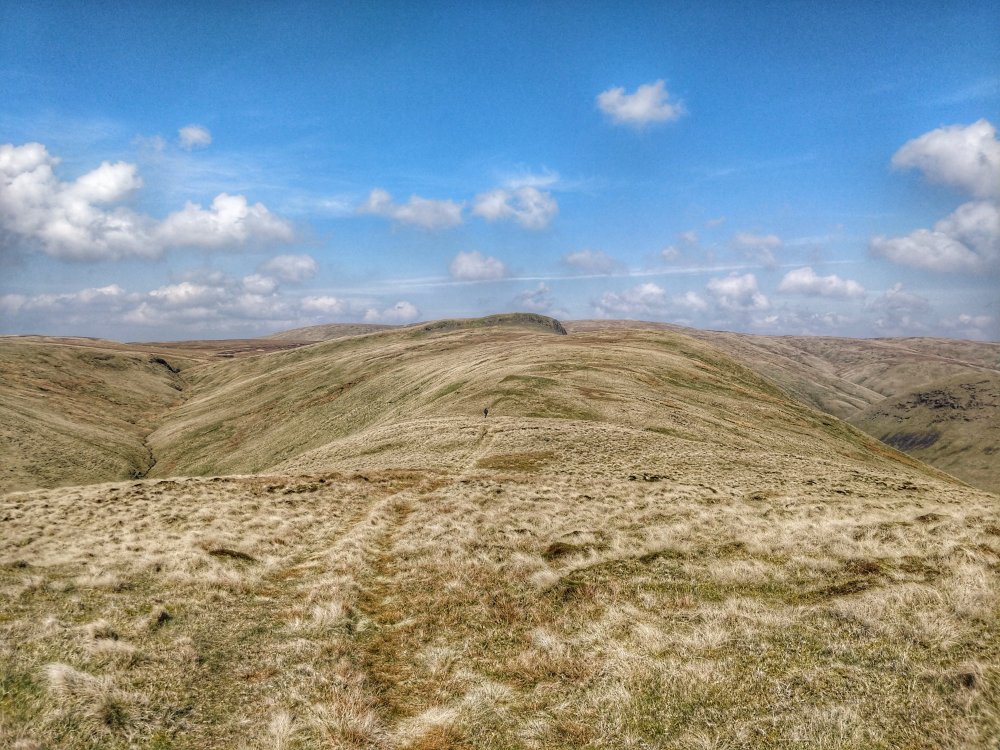 Again only a short drive from home which means a set of hills easy to access after work as nights are light.

Some of the walk hits steep ascents/desents with precipitous slopes so venturing of the paths can be risky. 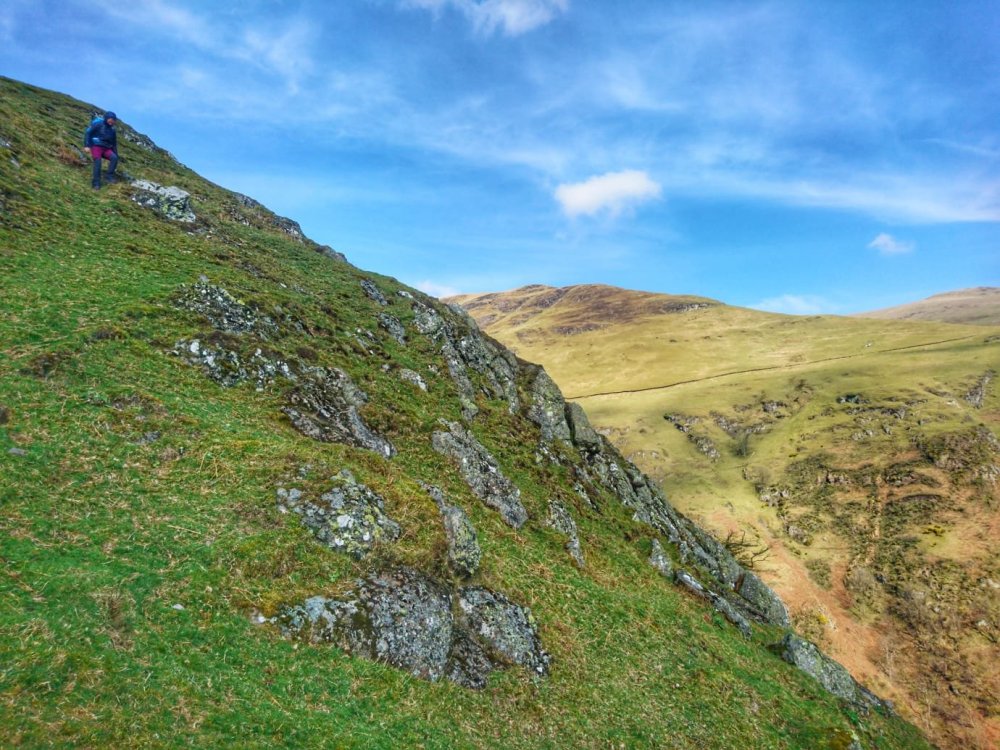 We pass by the many waterfalls, the ‘Smugglers Cave’ in the floor of the gorge and the hills covered in many sure-footed sheep, so scenic.

We walked for miles surrounded by beauty until our path ran out. We were at the foot of Bengengie Hill, looking straight up and saw the summit, a rocky outcrop…how do we get to it.

The only logical/quickiest way was a straight up scramble, basically clinging to the side of the hill.

By this time the wind had picked up which meant you were almost being blown of your feet, it was pretty difficult, so keeping low was vital…at this point it should have been utter tranquil here in the middle of the Ochils with no-one around…but the wind ringed in our ears constantly…I’m not a fan of wind, give me rain or snow any day!

Once we reached the summit we checked out the views. 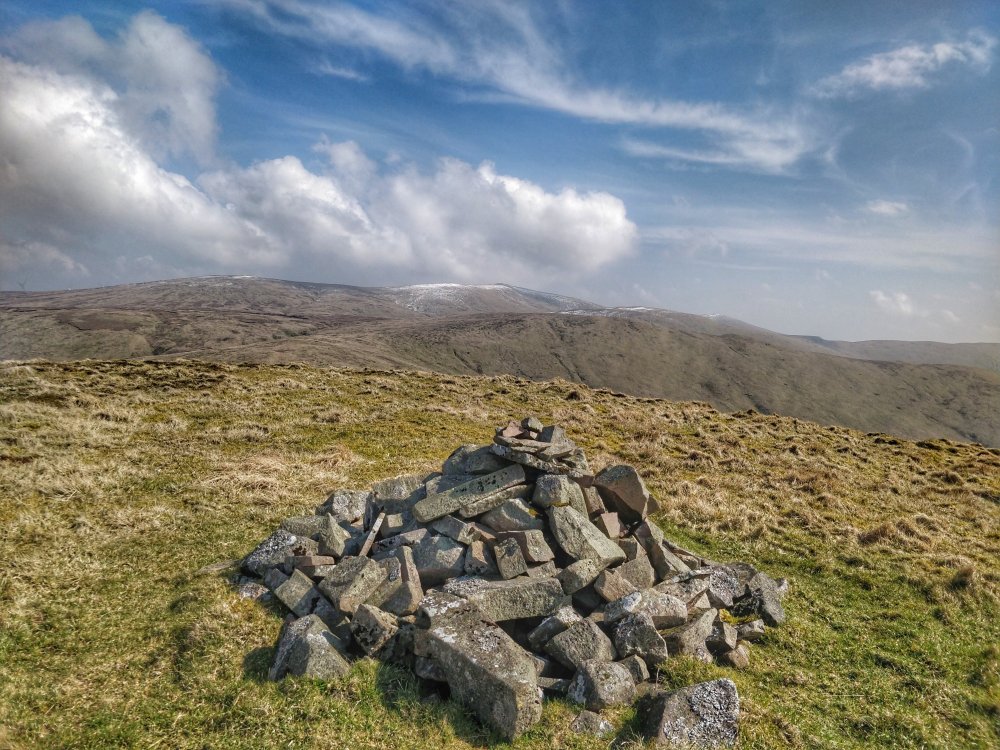 We could see Wallace’s Monument and the River Forth, views were pretty good, pity about the wind! 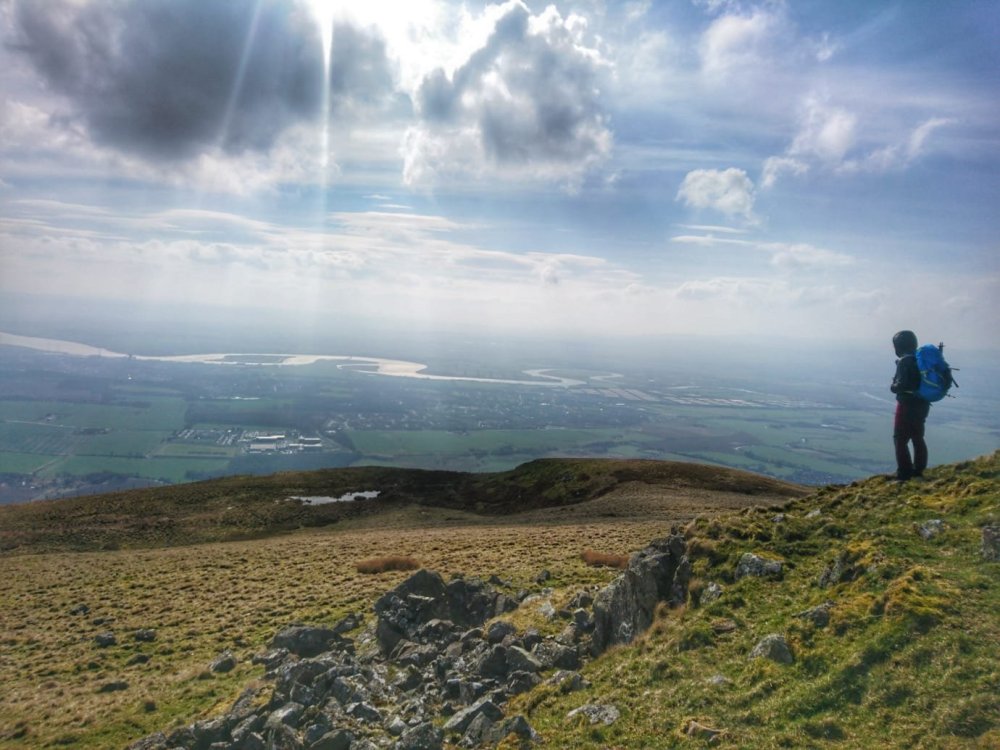 We were so exposed and once again hammered by the wind.

We then followed the ridge linking Bengengie Hill to Big Torry overlooking our starting point. 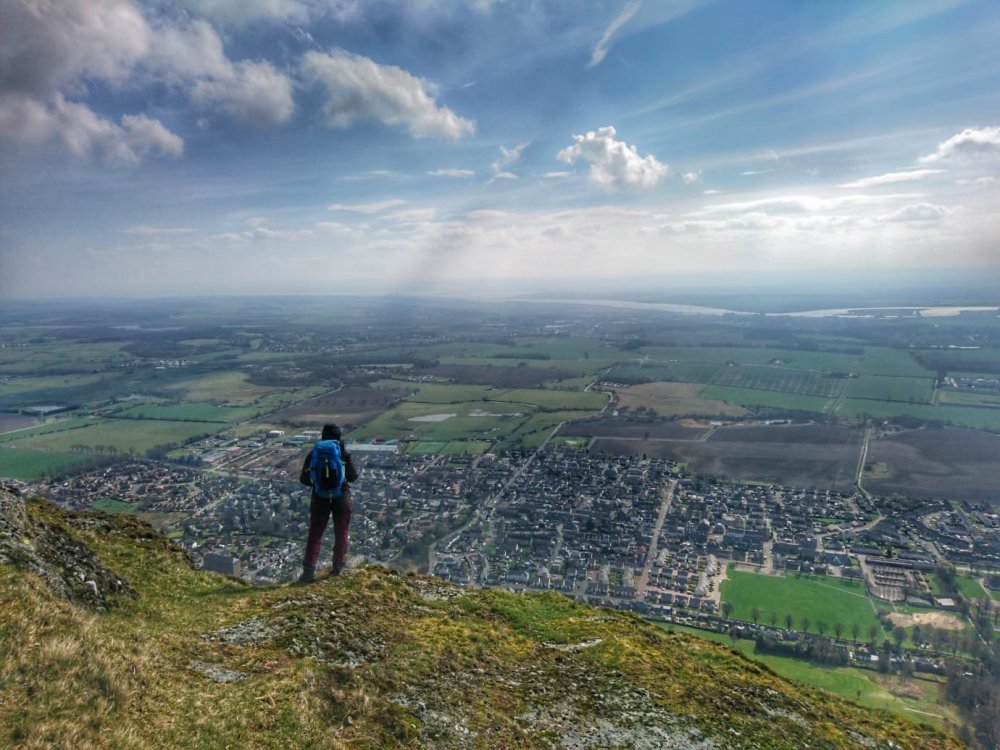 Here we found a crag to shelter in from the wind and we soaked up the vitamin D while we munched. Wilderness, silence, heat, food and coffee…my idea of utter perfection…such relief until it was time to leave, then the battle began all over until we reached the car. 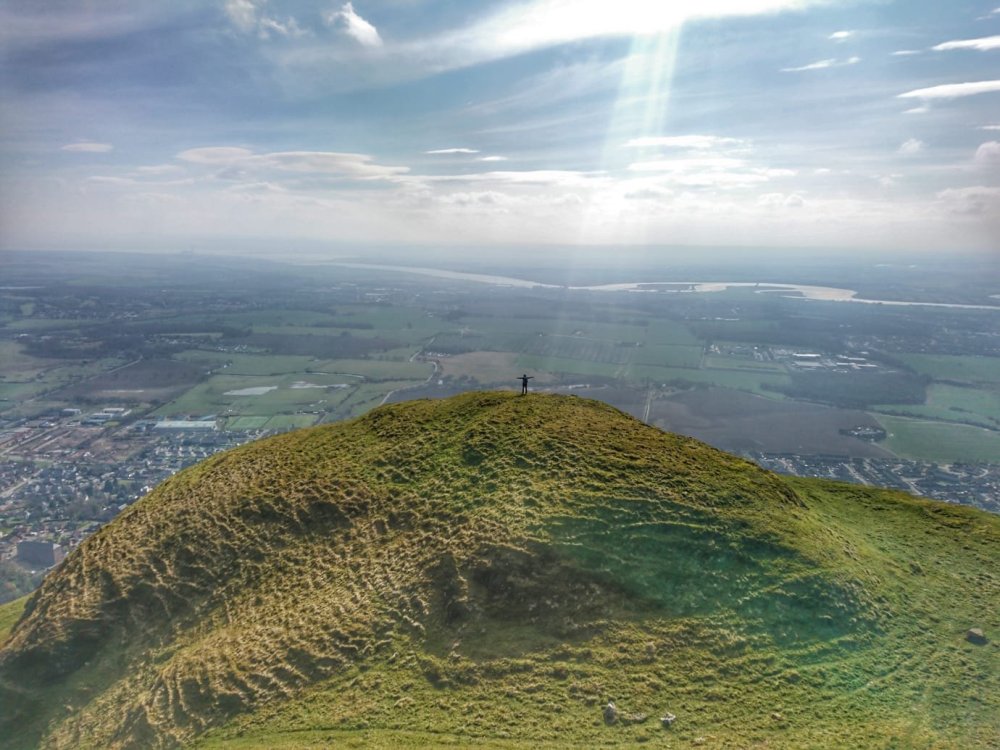 It was a steep ascent up and it was steep decent down.