We decided on a contrasting hill walk today which was going to take us through magnificent pinewoods floored with carpets of heather before reaching the bare upper slopes of a vast plateau. 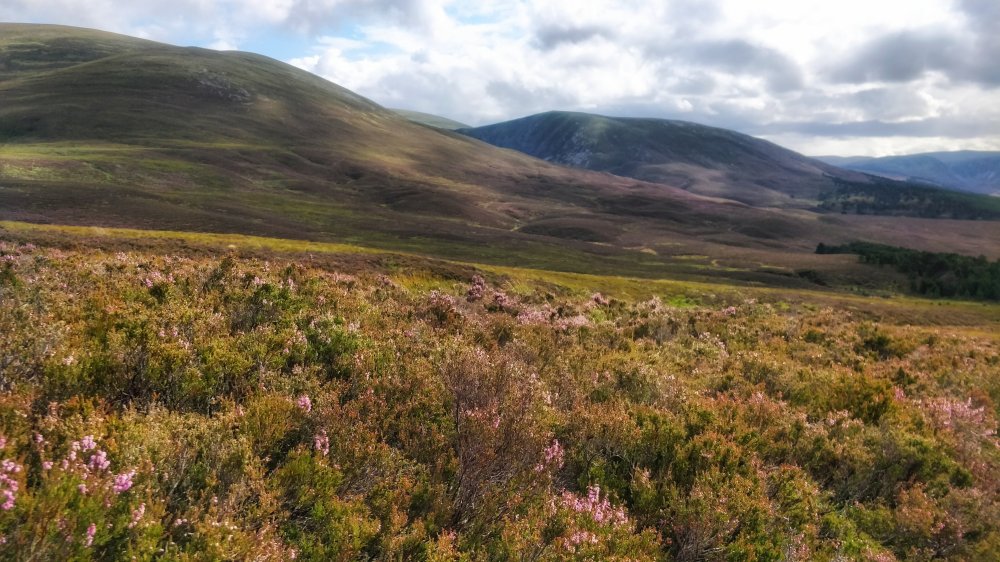 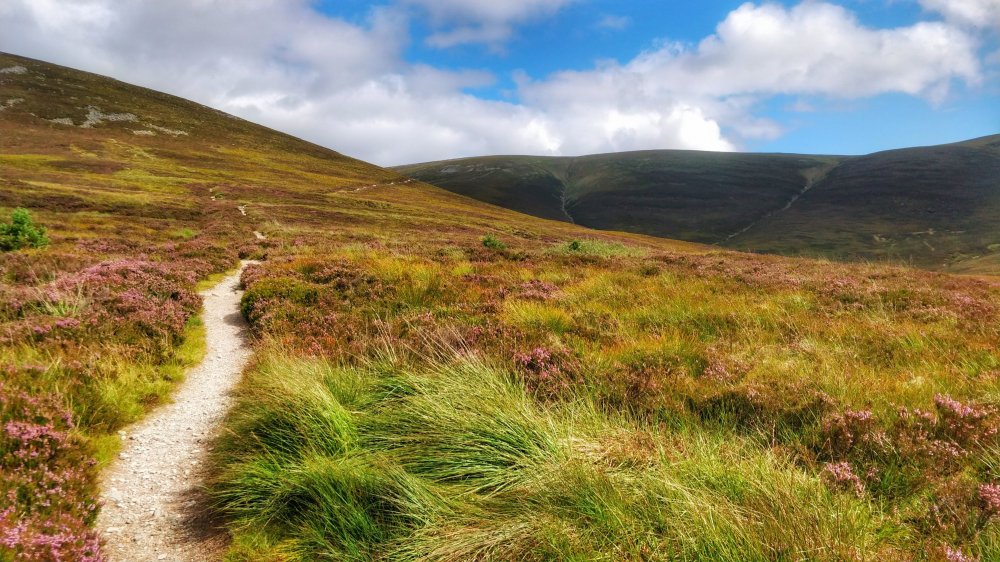 We had read that this summit was extremely dramatic perched on the very edge of vast broken crags that plunge down to Loch Einich….we were looking forward to what lay ahead!

Todays weather was calmer and sunnier than yesterday so views should be superb.

So we parked in a layby near Glen Feshie. 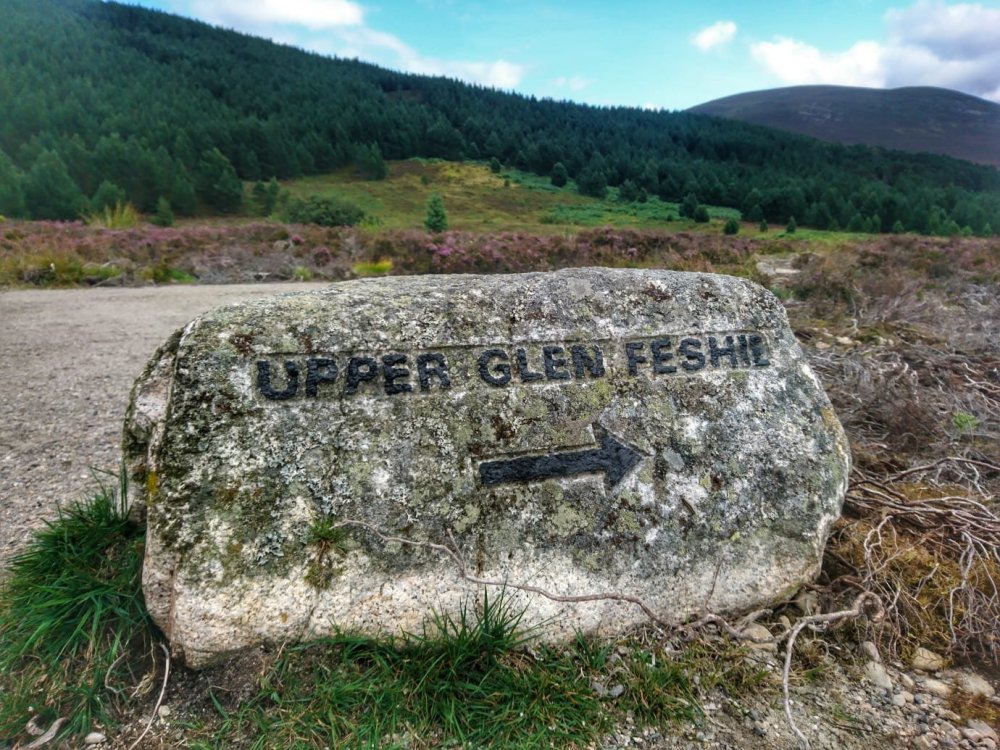 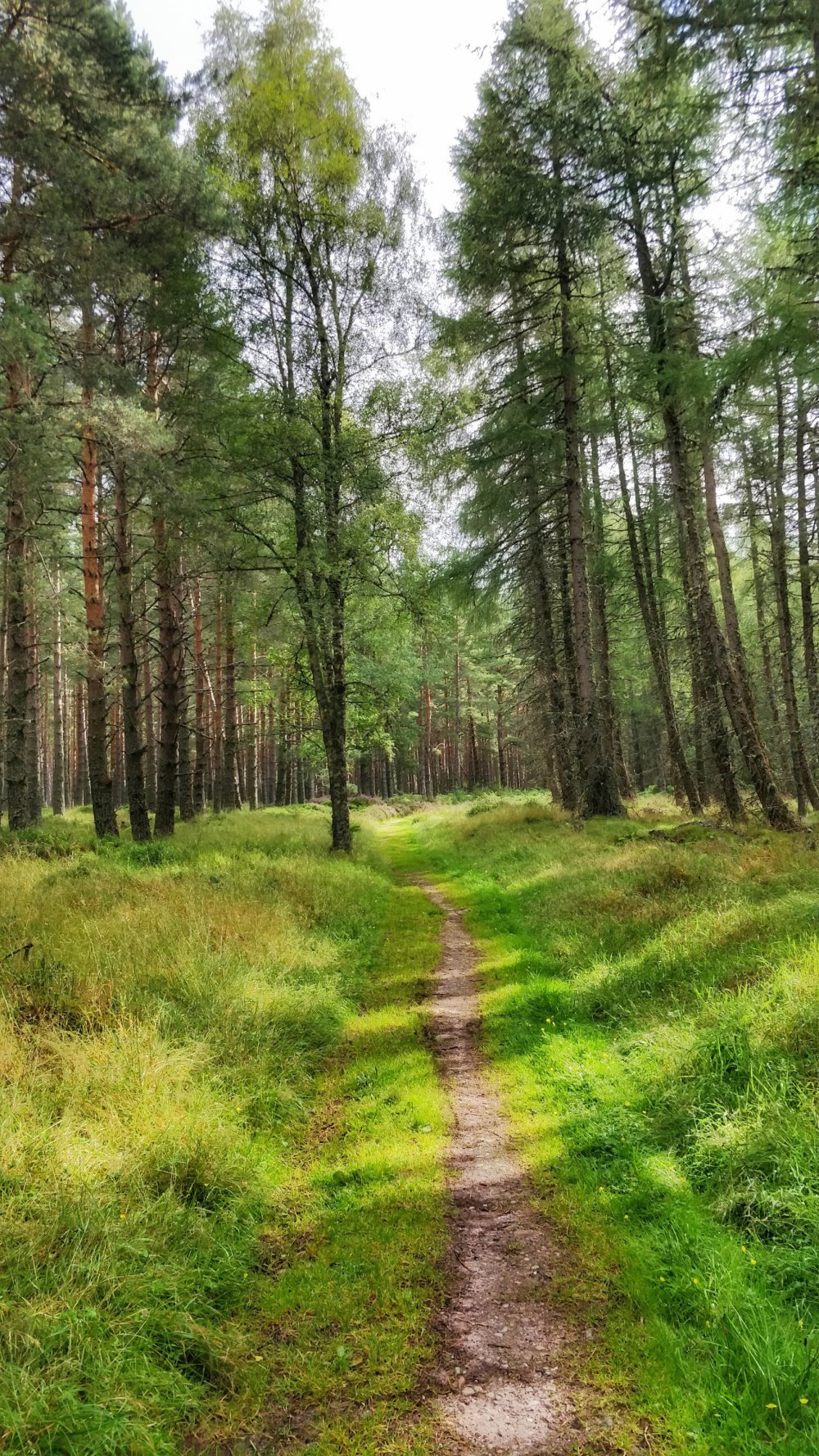 The forest was wonderful and we continued along an ascending footpath which climbed high above the cleft of the Allt Ruadh, surrounded by the most beautiful of pink heather. 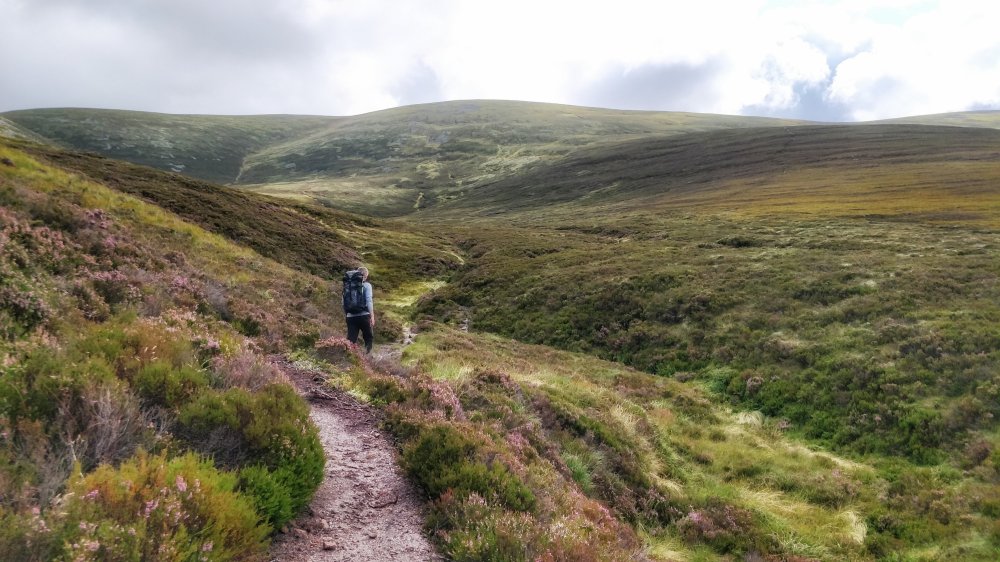 It wasn’t long before we were walking over wet, boggy and muddy grass. We crossed over several streams and seemed to traverse for a long distance, up and up and up but views were once again stunning. 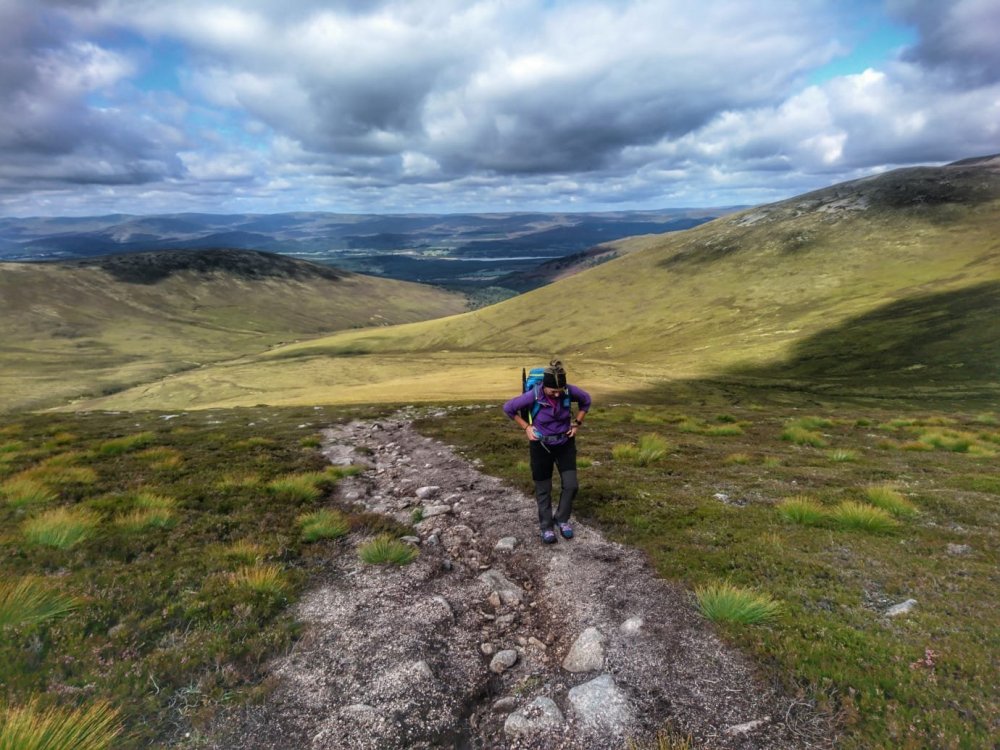 We eventually reached some open slopes and continued to ascend a rather flat plateau. We decided to head to the eastern edge of the plateau for views along the crags on the approach to the rocky, peaked summit of Sgor Gaoith. 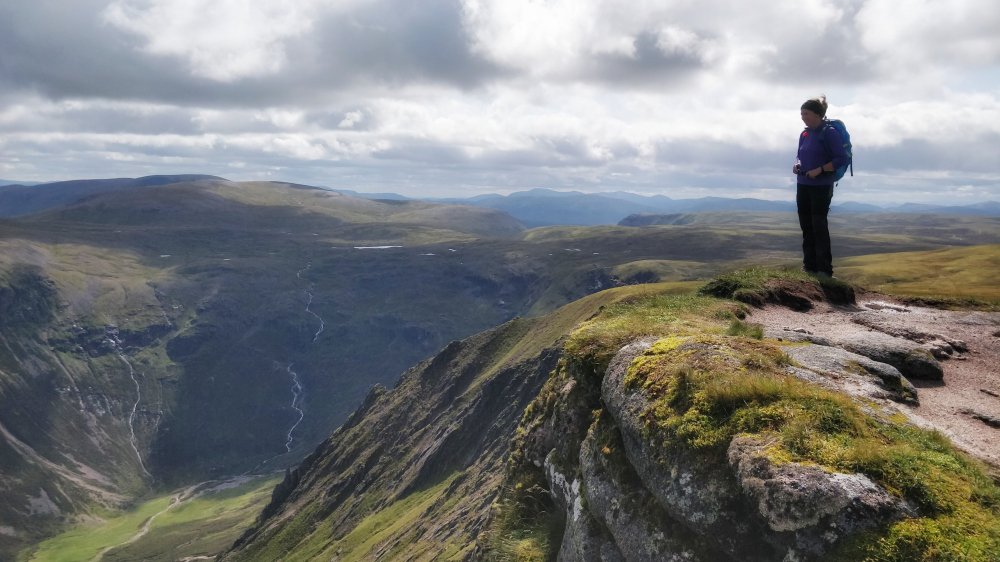 Sgor Gaoith is thought to mean ‘the Peak of the Wind’ and this exposed plateau is open to the elements, having been formed, over many millions of years, through natural forces.

Sgor Gaoith is the highest point on the cliffs overlooking Loch Einich and is set in a stunning dramatic location. 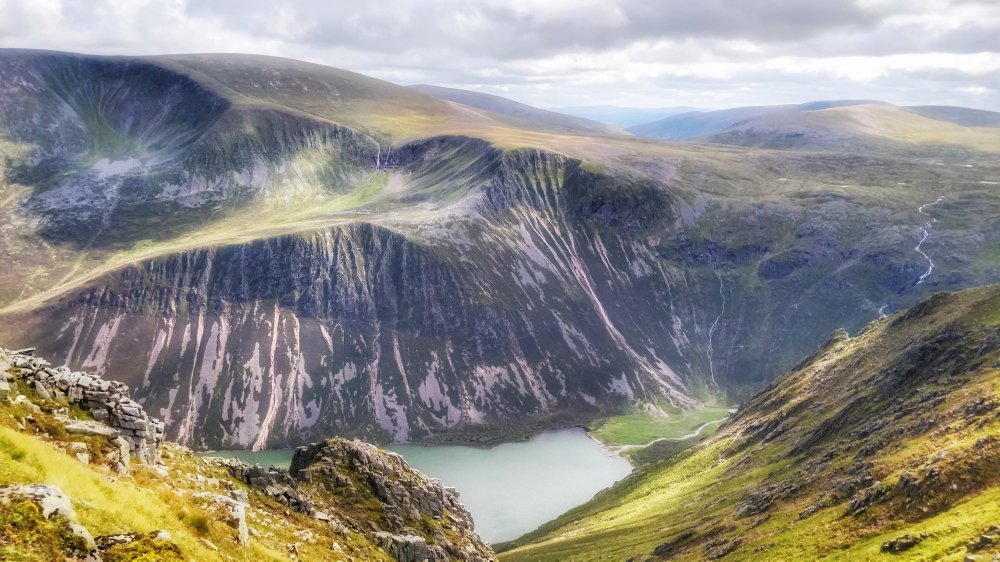 I was not ready for what I was about to witness. It is perched right on the edge of huge broken crags and when you look over the Feshie plateau plunges precipitously down to the most beautiful view of Loch Einich. 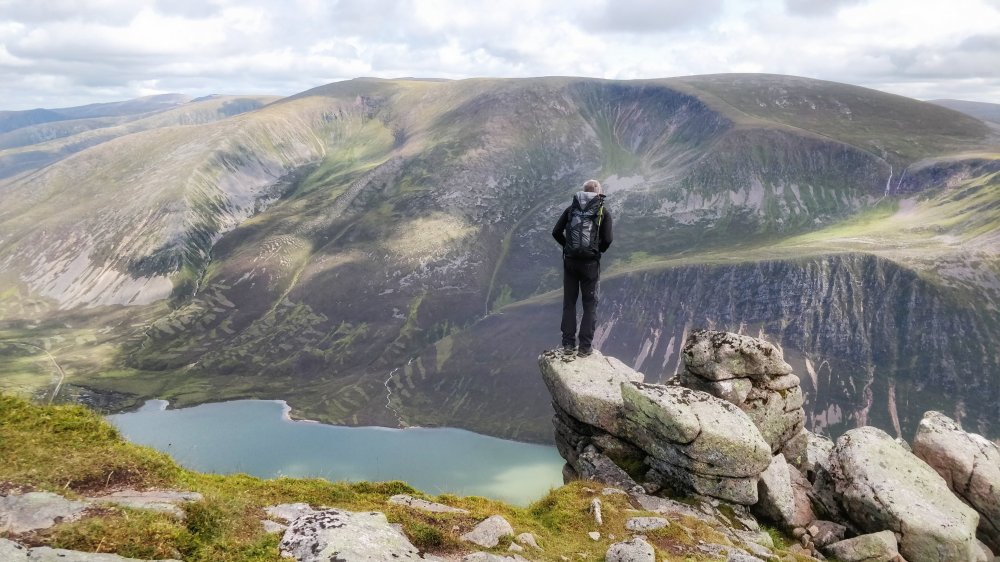 Across the far side we could see the huge bulk of Braeriach and a series of corries. 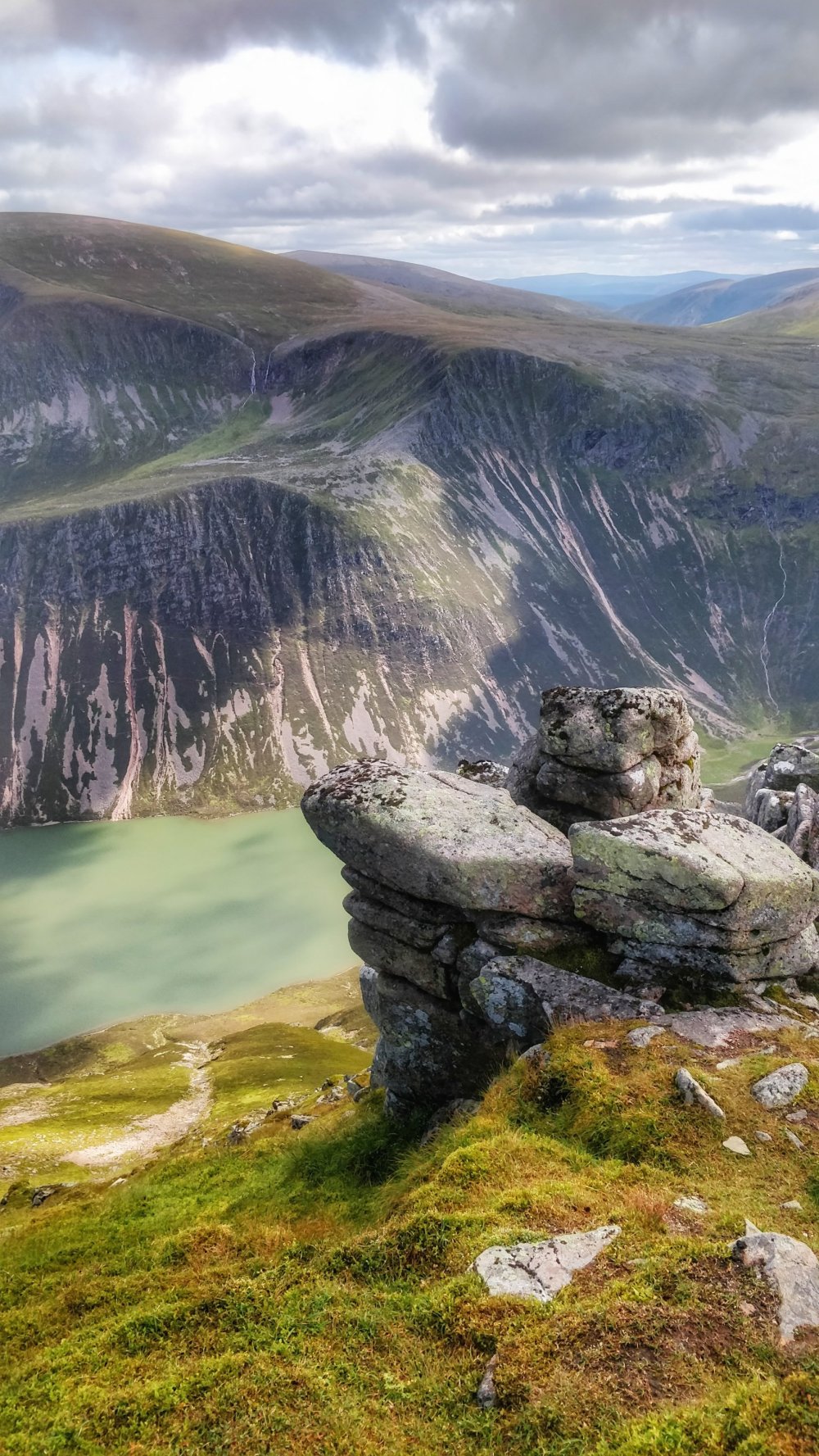 This was pretty spectacular. 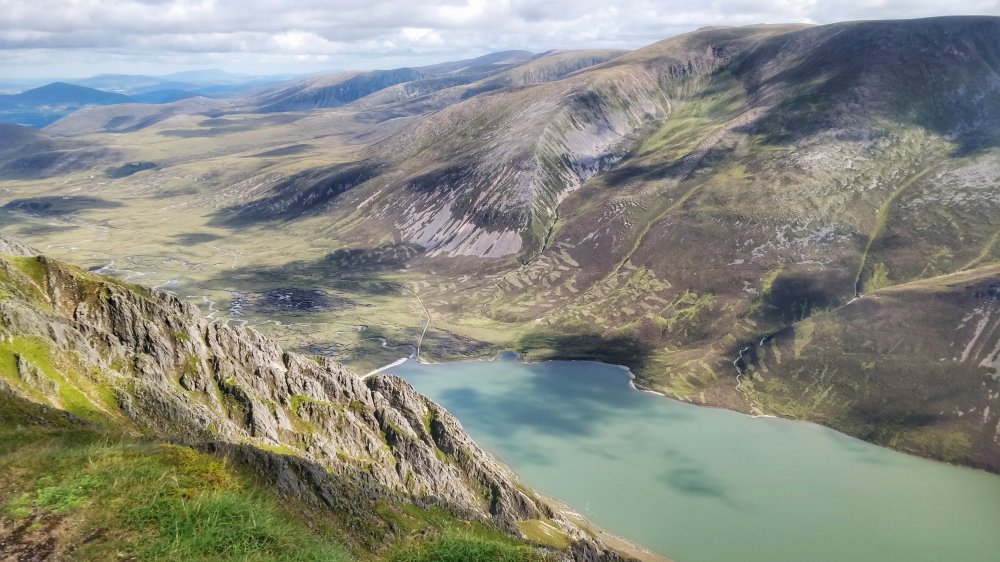 I love the feeling you get when nature hits you with something you least expect. This hidden gem. The colour of the water so beautiful, breathtakingly beautiful. This walk had been so worth the effort. 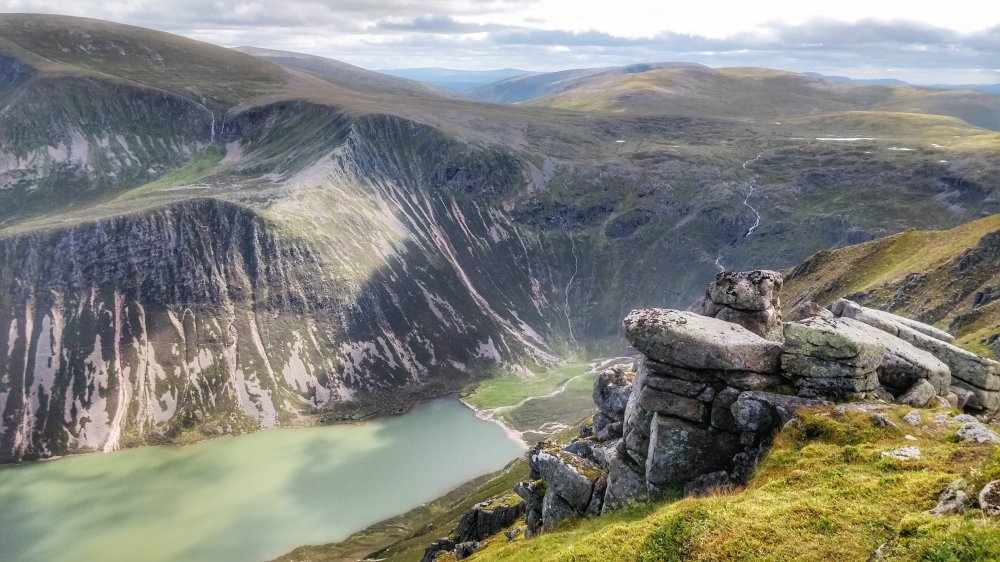 We reluctantly left our ‘best seats in the house’ view and headed back down. 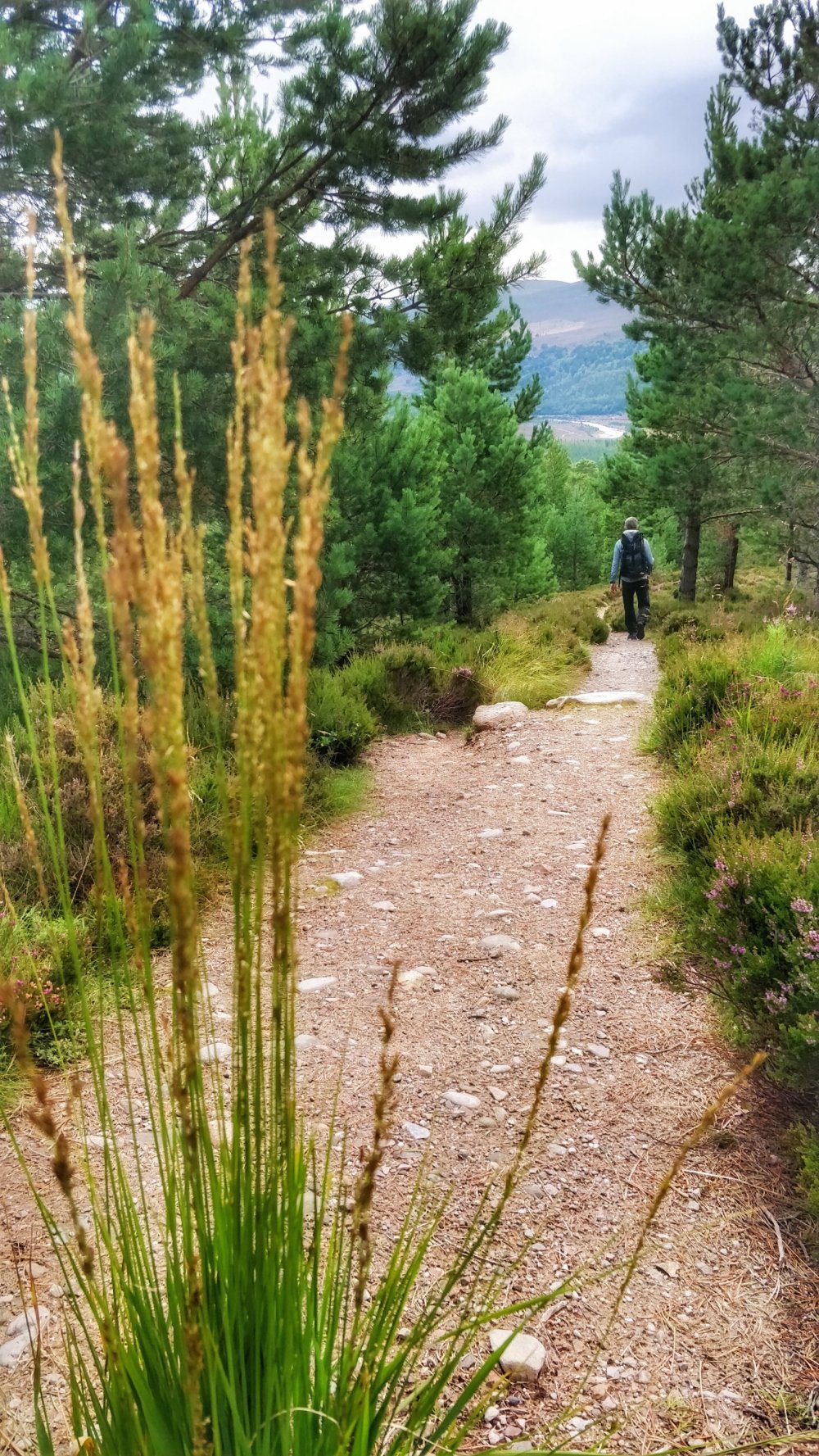 We chose a different route down which was pretty long until we eventually reached the pinewoods to return to our car. 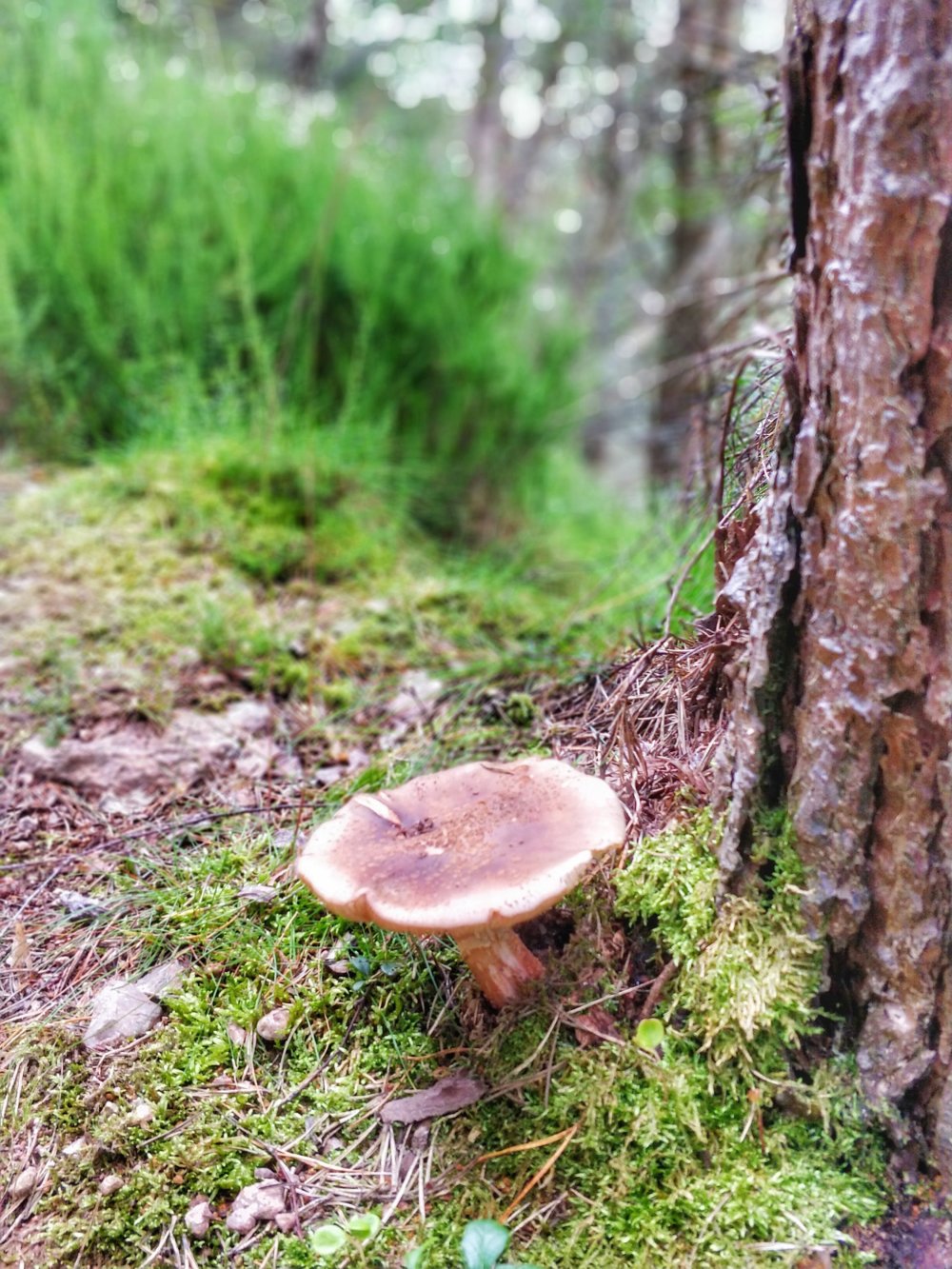